You Could Win Tickets to the Super Bowl Thanks to This St. Louis Company 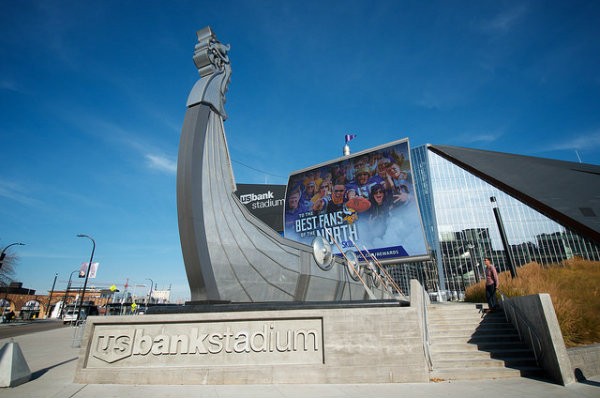 The Rams may have ditched St. Louis for Inglewood, but tickets to this year's Super Bowl would be one heck of a consolation prize.

The idea isn't totally far-fetched. Lombardo Homes, a home building company in southeast Michigan and St. Louis, is holding a contest this month that will reward a lucky winner with with two tickets to Super Bowl LII at U.S. Bank Stadium on February 4 in Minneapolis.

The contest, known as the Super Display Crawl, will take place this Saturday, January 13, from noon to 5 p.m. Participants must visit designated Lombardo display homes, obtaining a registration card at the first house and collecting a stamp at each stop. Four stamps will equal one entry into the contest; six stamps will count as two entries, and the overachievers out there who visit all eight possible display homes will get three entries. The winner will then be randomly chosen and contacted by phone or email.

The two tickets aren't the only perk of winning the contest, either. The package also consists of an all-inclusive pre-game party, which includes meet-and-greets with NFL alumni, entertainment, food, drinks and more.

“Building communities takes a great deal of teamwork and vision, and as we continue expanding our Lombardo Homes presence in St. Louis, we wanted to expand home display tour process with this Big Game contest,” Mike Van Pamel, St. Louis division president of Lombardo Homes, stated in a press release. “We’ve been helping people find homes that fit their needs in St. Louis since 2011, and offering the opportunity to win an amazing game day experience as part of this display tour event helps us better connect with future homebuyers in the area.”