The Best Things to Do This Weekend, December 21-27 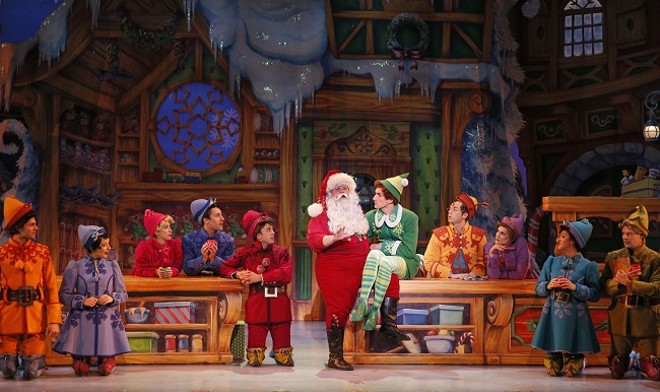 Well, it's finally happened. After six weeks of pre-game "excitement," Christmas is finally here. Who'd have thought it would ever happen?

That said, there are still a few days left of the pre-Christmas season, so cherish them, I guess. Get out there and Christmas 'til you can't Christmas no more. In just six short months, it will all begin again. For now, enjoy the silence.

1. Thrill to the music of John Williams
John Williams has been composing music for film and television for more than 60 years, scoring everything from twenty episodes of Gilligan's Island to well-known and -loved scores for Star Wars and the Indiana Jones movies. The breadth and quality of his work have made him the best-known composer of the twentieth century. David Robertson and the St. Louis Symphony celebrate that heritage with The Music of John Williams. The program includes the big hits (E.T., Schindler's List and Superman) as well as Williams' score for the short-lived TV western The Cowboys. The Music of John Williams is performed at 7 p.m. Thursday and Friday and 2:30 p.m. Saturday (December 21 to 23) at Powell Hall (718 North Grand Boulevard; www.slso.org). Tickets are $40 to $76.


2. Check out some sweet-ass embroideries
Greece's location in the Mediterranean allowed it easy trading with numerous cultures from Europe, North Africa and the near East. That exchange invariably included cultural ideas, which influenced the native art of the islands. Greek Island Embroideries, the new exhibit at the Saint Louis Art Museum, showcases embroidered textiles from the seventeenth to nineteenth centuries. These richly detailed items feature animals, geometrical designs and beautiful ornamentation in silk, gold, silver and linen. The exhibit is open Tuesday through Sunday (December 22 to May 28) at the Saint Louis Art Museum in Forest Park (1 Fine Arts Drive; www.slam.org). Admission is free.

3. Get your pre-Christmas on with The Twilight Zone
The cult TV series The Twilight Zone is rumored to be returning to the airwaves under the guidance of writer/director Jordan Peele, which is good news for fans. The original edition of the show with Rod Serling makes a brief return as well this Christmas, thanks to the Webster Film Series. The organizers present a trio of classic, holiday-themed episodes for free at 7:30 p.m. Friday through Sunday (December 22 to 24). "Five Characters in Search of an Exit" is a grim slice of existential horror, while "Number 12 Looks Just Like You" is a parable about the dangers of conformity. "The Night of the Meek" might just be the best of the bunch, with Art Carney starring as a down-and-out mall Santa who finds a garbage bag that can create any gift imagined. All three episodes screen all three nights at Webster University's Moore Auditorium (470 East Lockwood Avenue; www.webster.edu/film-series).

4. Listen to a Holiday Pops Spectacular
The Compton Heights Concert Band is renowned for its summer concert series in Tower Grove Park, but it also performs one show every winter: its Holiday Pops Spectacular. Joined by frequent guest Hugh K. Smith (tenor) and St. Louis' own Gina Galati (soprano), the band performs a family-friendly program of Christmas carols and sacred classics. The big finish is the best bit of Handel's Messiah, the Hallelujah Chorus, with all hands on deck and additional vocal reinforcements in the form of the East Central College Combined Choirs. Performances are at 2 and 7:30 p.m. Saturday, December 23, at the Skip Viragh Center for the Arts (425 South Lindbergh Boulevard, Frontenac; www.chband.org). 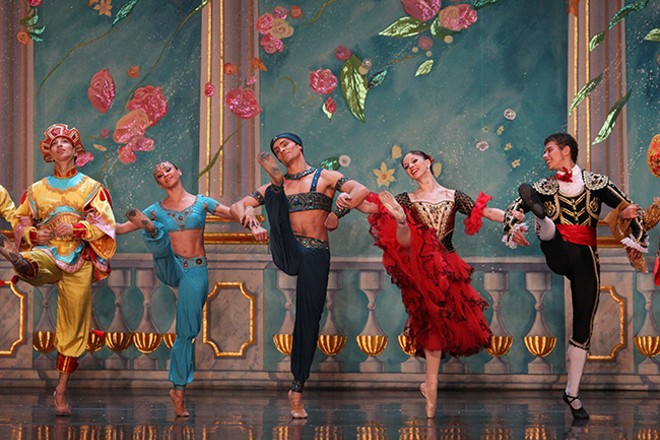 5. Make the Nutcracker great again at the Fox
There is a persistent belief that if you don't see at least one production of The Nutcracker during the holiday season, you're not really living your best life. If you've thus far forgotten to do your Christmas duty, you have one more shot thanks to the Moscow Ballet's Great Russian Nutcracker. This lavish production features gorgeous Victorian costumes and a host of special effects that include an artificial owl that flaps its wings and a magnificent Christmas tree that grows right before your eyes. This Nutcracker also features characters from Russian folktales, such as Snegurochka (Snow Maiden) and Ded Moroz (Father Christmas). The Moscow Ballet performs its Great Russian Nutcracker at 3 and 7 p.m. Saturday, December 23, at the Fox Theatre (527 North Grand Boulevard; www.fabulousfox.com). Tickets are $31.50 to $133.50.

6. Catch a LGBTQ concert band
BandTogether, St. Louis' LGBTQ concert band, is now in its twentieth year of performing. As always, its annual Holiday Concert is a highlight of its season. The volunteer band traditionally mixes in carols, pop standards and even a touch of classical music during each performance, and this year is no different. The Saturday, December 23, concert at the 560 Music Center (560 Trinity Avenue, University City; www.bandtogetherstl.com) provides the perfect Christmas Eve eve entertainment, with "The Night Before Christmas," "Somewhere in My Memory" and "Stille Nacht" all on the schedule. The concert starts at 8 p.m. and is free, but if you can spare a donation it would be much appreciated.

7. Laugh your socks off at Elf the Musical
The Jon Favreau/Will Ferrell film Elf was a surprise Christmas hit, thanks to its irreverent sense of humor and reliance on that most familiar of Christmas conflicts. ("Will our family celebrate Christmas together?" Will it ever, Buddy.) Buddy is a human orphan taken in by Santa, raised to appropriate elf identity. When he learns the truth about his origin, he goes to New York in search of the father he has never known. Unfortunately, dad doesn't want to know Buddy. Will they get it together in time for Christmas? That's already been answered. Elf the Musical, the stage adaptation of the movie, returns to St. Louis for a three-night run. Performances are at 7:30 p.m. Tuesday through Thursday (December 26 to 28) at the Peabody Opera House (1400 Market Street; www.peabodyoperahouse.com). Tickets are $30 to $82.

8. See the Doctor Who Christmas Special on the big screen
Long-running English TV show Doctor Who is essentially a foreign language to anyone but fans. There are multiple Doctors, an important distinction between the Doctor's friends and companions, and a series timeline that is more like the spine of a spiral notebook than a case of "now" and "then." However, if you'd like to get into the show, this is the right time of year to start. The Doctor Who Christmas Special episode features the end of one incarnation of the Doctor (Peter Capaldi is leaving the show) and the beginning of a new one (the show's first-ever female Doctor, Jodie Whitaker). As always, "Twice Upon a Time" features nods to the series' long history (the First Doctor appears, but he's played by a different actor), a figure who appears trapped in time ("The Captain," a WWI-era soldier, and perhaps something more) and a message of hope and resilience in the face of crisis. "Doctor Who: Twice Upon a Time" is screened in movie theaters nationwide at 7 p.m. Wednesday, December 27, including Marcus Wehrenberg Ronnies Cine (5320 South Lindbergh Boulevard; www.fathomevents.com). Tickets are $12.