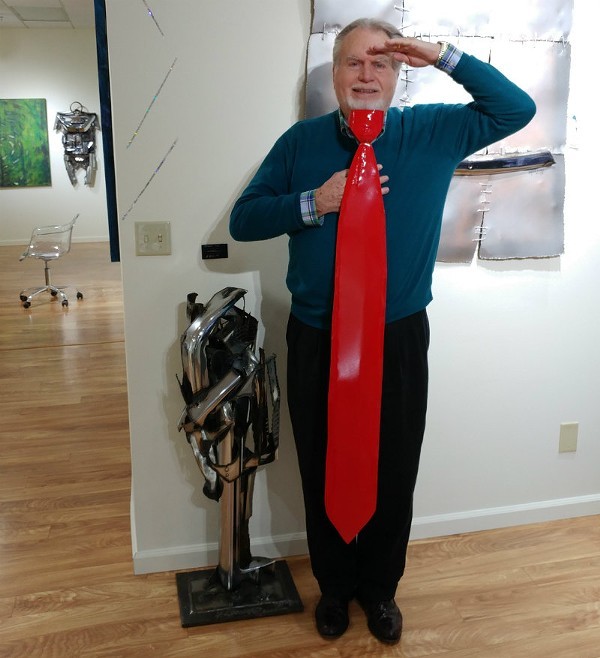 Christmas apparently came early for President Trump, courtesy of a St. Louis artist who gifted him a — wait for it — giant steel tie during his visit to St. Charles last week.

"I have been watching Mr Trump wear red ties for many years, as a businessman and a leader," Leonard said in a press release at the time. "I have watched that tie representing Mr. Trump, and I just had to make an artistic statement."

However, it appears that no one in St. Louis had a need for a $850 Trump tie, because Leonard gifted the sculpture to the president during his visit to St. Charles last week.

Because, you know, Trump obviously needs another tie, and especially a massive one made of metal. Or at least one that doesn't include Scotch tape, as we've previously noted.

Donald Trump, the future president of the United States, scotch tapes the back of his tie to the front. pic.twitter.com/hWnuziNX8S


The city of St. Charles had to make special arrangements for Fraser to bring the sculpture on Wednesday to the St. Charles Convention Center, where Trump gave a speech on tax reform to an invite-only crowd. It was presented to the president via his travel team.

Now, what exactly is the president going to do with a giant steel tie? Good question. But hey, let's focus on the positive: Not only has the big red tie left the area, but Trump is gone too. Happy holidays indeed!