The Best Things to Do This Week, November 23 to 30 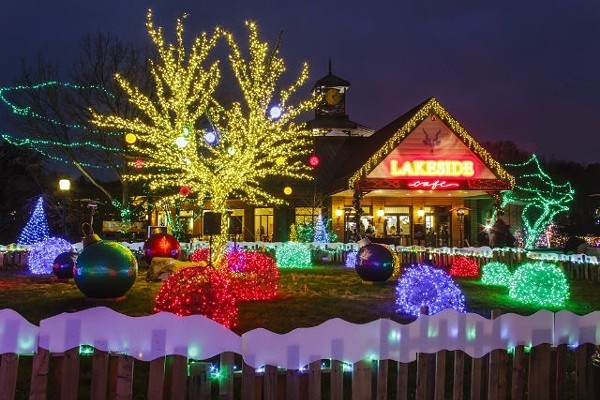 And now we race toward Christmas, striving to buy the perfect gifts for everyone and making this year's celebration one to remember. It doesn't have to be like that, thoug. You could drift through these next four weeks, spending time with the people who matter to you rather than shopping for things for them. Nobody remembers the things when it's over, but they never forget the people. Go forth together and make some memories.

1. Cheer on the Ameren Thanksgiving Day Parade
Thanksgiving is a tough holiday to celebrate outside of the home. People expect to be feasted, and that's a tall order for a public event. The Ameren Thanksgiving Day Parade is an interesting solution to that problem, opting instead for musical floats, giant helium balloons and a baker's dozen of high school marching bands from throughout the metro area. It's a great way to start your four-day weekend, especially if you can get the kids out of the house quietly so the partner who cooks can sleep in a little bit. The parade steps off at 8:45 a.m. Thursday November 23, at Seventh and Market streets (www.christmasinstlouis.com) and finishes with the arrival of Santa Claus, whose solemn duty it is to usher in the month of Christmas.

2. Ring in the holiday at St. Charles Christmas Traditions
With Thanksgiving officially out of the way, we progress on to (sigh) Christmas (look, I don't make the rules). If you're a fan, there's only one place you should be: St. Charles Christmas Traditions. Historic downtown St. Charles harkens back to an earlier generation's Christmas, with chestnut roasters, carolers and costumed Santas from around the world wandering its brick streets. Following the opening ceremony at 11 a.m. Friday, November 24, at Frontier Park (First Capitol Drive and South Riverside Drive; www.stcharleschristmas.com), the Santas partake in a parade with their seasonal friends (the parade is repeated at 1:30 p.m. every Saturday and Sunday 'til Christmas). The Cobblestone Wassailers sing after the parade, followed by the Land of Sweets dance party. You can get in a little shopping or just soak up the atmosphere. St. Charles Christmas Traditions continues from 6 to 9 p.m. Wednesday and Friday, 11 a.m. to 9 p.m. Saturday and noon to 5 p.m. Sunday through December 24. Those Wednesday nights are also Krampusnachts, when Krampus, the Mouse King and Belsnickel make their appearances — bring your naughty kids and it'll straighten 'em up quickly, before it's too late. Admission is free.

3. Check out our zoo lights at U.S. Bank Wild Lights
Last year readers of USA Today determined that the Saint Louis Zoo (1 Government Drive; www.stlzoo.org) had the third-best holiday light display in the country. Buoyed by that ranking, the zoo is determined this year to come out on top — so expect to be dazzled by U.S. Bank Wild Lights. This year's light installation is open from 5:30 to 8:30 p.m. Wednesday through Sunday (November 24 to December 17) and then goes nightly from December 18 to 23 and December 26 to 30. There will be carolers and costumed characters, fireside storytellers and children's craft projects in the Woodland Workshop. Penguin & Puffin Coast, Sea Lion Sound and the Monsanto Insectarium are all open during the evening event, as is the gift shop. Admission is $7 to $10.

4. Hop on the Gardenland Express
It's unclear exactly when the holiday season and trains became entwined. Did Santa travel by rail before he got the reindeer? No one seems to know. What is known is that trains are now a major part of the Christmas experience, from children's horror movie Polar Express to Gardenland Express at the Missouri Botanical Garden (4344 Shaw Boulevard; www.mobot.org). Garden staff build a G-gauge train set-up every year that wends its way through a landscape of living flora filled with houses, buildings and tiny people. The display is open 9 a.m. to 4 p.m. daily through January 1. Admission is $5 (plus regular garden admission), but free during Garden Glow evenings.


5. Thrill to Bolero
Thanksgiving weekend is traditionally a celebration of sensuous delights, mainly having to do with food. But this year you can also feast your ears as the Saint Louis Symphony performs Ravel's Bolero. The program includes violinist Karen Gomyo, who will take center stage for Pablo de Sarasate's Carmen Fantasy, and soprano Catalina Cuervo, who performs Manuel de Falla's bewitching ballet suite, El Amor Brujo. Jun Märkl leads the orchestra through this romantic Spanish program at 8 p.m. Friday and Saturday and 3 p.m. Sunday (November 24 to 26) at Powell Hall (718 North Grand Boulevard; www.slso.org). Tickets are $25 to $86. 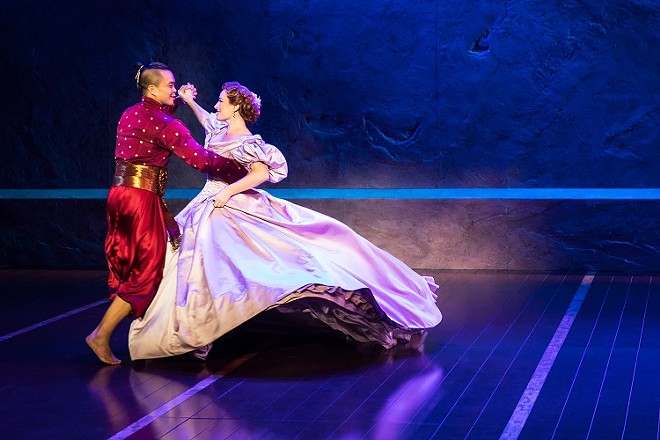 6. See a new classic with Howl's Moving Castle
Sophie is a young woman who lives in a country at war. Her life becomes stranger when she meets an old witch who changes her into a 90-year-old. Sophie sets out to break the curse, but instead encounters a mobile scarecrow who leads her to a wondrous castle that walks on giant bird-like legs. This is the home of the odd young wizard Howl, who reluctantly takes Sophie in as a cleaning woman. She hopes he can transform her back to her true age, while he only wants to avoid becoming embroiled in the war that threatens to destroy two countries. Hayao Miyazaki's anti-war and anti-ageism film Howl's Moving Castle suffers slightly from a plot that hides more of the story than it reveals, but it's gorgeous to look at and features excellent voice performances from Jean Simmons, Christian Bale, Lauren Bacall and Billy Crystal. Howl's Moving Castle wanders back into theaters for a limited run. It plays at 12:55 p.m. Sunday and 7 p.m. Monday and Wednesday (November 26, 27 and 29) at Marcus Wehrenberg Ronnies 20 (5320 South Lindbergh Boulevard; www.fathomevents.com). Tickets are $12.50.

7. Catch a musical from Broadway's Golden Age
Rodgers and Hammerstein's The King and I is musical about a culture clash and the march of progress. The King of Siam hires a British schoolteacher to teach his favorite wives and their children Western ways. Anna, the teacher, is a difficult employee who bristles at the king's imperious manner, but also admires him for wanting to modernize. Both are stubborn and proud, and perhaps attracted to each other — but such a love can never be. The Tony Award-winning Lincoln Center Theater revival of The King and I visits the Fox Theatre (527 North Grand Boulevard; www.fabulousfox.com) for a two-week run. Performances take place at 7:30 p.m. Tuesday through Friday, 2 and 7:30 p.m. Saturday and 1 p.m. Sunday (November 28 to December 10). Tickets are $39 to $115.

8. Meet an American hero
Khizr Khan first read the Declaration of Independence as a university student, and it changed how he viewed the world and his place in it. This son of Pakistani farmers realized his future was in the U.S., and he worked hard to get here. But Khan's work didn't stop once he arrived — he had a young family to support and an unshakeable belief in the American dream, which meant if he kept working nothing was out of his reach. He put himself through Harvard Law School while holding down two jobs, always looking toward that brighter future. Khizr and his wife Ghazala taught their three sons to believe in that same dream. Their middle son Humayun became an officer in the U.S. Army, doing his part to better the country that took in his family; he died in Iraq, the victim of a suicide bomber. When Donald Trump denigrated immigrants and Muslims on the presidential campaign trail, Khizr and Ghazala Khan stood up at the Democratic National Convention to argue that it was immigration that made America great. Khizr Khan recounts the story of how he came to embrace the American dream and build his life and family around it in his book An American Family: A Memoir of Hope and Sacrifice. Khan discusses his memoir at 7 p.m. tonight at St. Louis County Library Headquarters (1640 South Lindbergh Boulevard, Frontenac; www.slcl.org). Tickets are $30 to $35, and include a pre-signed copy of the book.