The Best Things to Do in St. Louis This Week, November 10-15 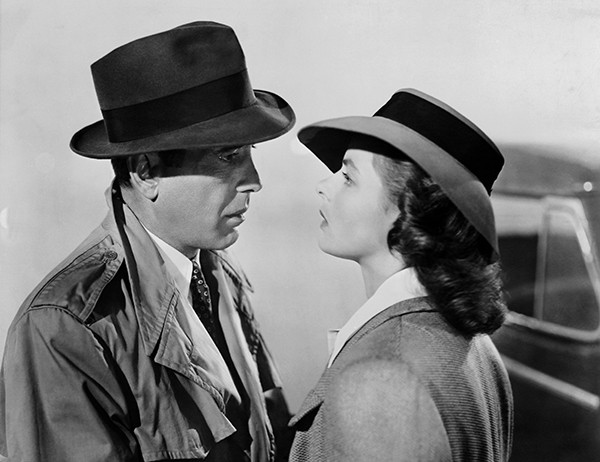 Two weeks from now most of St. Louis will be recovering from the last great holiday of the year, Thanksgiving. It seems to have rolled around awfully quick, right? Just last week we were hiding the good candy from the trick-or-treaters, and now we're supposed to be planning (and budgeting) for the seasonal shopping & eating extravaganza. Ah, well. Better make the most of these last few days when reheating yesterday's pizza counts as making an effort in the kitchen — and take advantage of these final tinsel-free events. From here on out it's all holiday mania.

Here are this week's picks for the best things to do in St. Louis. Enjoy this Christmas-free edition while you still can.

1. See a new exhibit at the chess hall
The Chess Olympiad is a biennial competition in which national teams compete for the title. America is the current holder, triumphing against 180 other nations to achieve the victory. It was our first win since 1976, and so the World Chess Hall of Fame takes this golden opportunity to honor the reigning champions. The exhibition Global Moves: Americans in Chess Olympiads is a celebration of America's current and past glories, with numerous historic chess artifacts being displayed — among them, a gold medal from the 2016 team. Grandmasters Fabiano Caruana, Hikaru Nakamura, Wesley So, Ray Robson and Sam Shankland, who all played for the 2016 American team, will attend the opening reception, which takes place from 6 to 8 p.m. Friday, November 10, at the World Chess Hall of Fame (4652 Maryland Avenue; www.worldchesshof.org). Also on display is the Hamilton-Russell Cup, the trophy granted to the Olympiad's winning team. Global Moves continues through April 1.

2. Catch an opera
Winter Opera Saint Louis opens its eleventh season with Sigmund Romberg's charming operetta The Student Prince. Karl Franz is the heir to the German kingdom Karlsberg, and as such, his future has been plotted out for him, including his eventual marriage to a woman he's never met. He's socially awkward, surrounded by older people and bereft of companions his own age. Karl is sent to university to remedy these flaws, and soon finds himself caught up in a whirl of social drinking, real friends and first love. Unfortunately, the object of his affections is Kathie, a biergarten waitress; as a royal, he can't marry a commoner. But college life has a way of swamping a person's priorities. Winter Opera Saint Louis presents this atypical love story at 7:30 p.m. Friday and 3 p.m. Sunday (November 10 and 12) at the Skip Viragh Center for the Arts (425 South Lindbergh Boulevard; www.winteroperastl.org). Tickets are $35 to $55.

3. Thrill to the sounds of Tchaikovsky's Fourth
Tchaikovsky's Symphony No. 4 was written while the composer was somewhat in the weeds. He wanted to craft a symphony that did not sound particularly Russian (that ponderous, monumental sound) while also avoiding a strictly "technical" piece of music. He solved this problem by juxtaposing different musical ideas in close succession, creating a sense of movement and excitement. Erich Korngold was also at a crossroads when he composed Tänzchen im alten Stil. Only 21 when he wrote it, he was long past the days of being a child prodigy and was yet to establish his voice as a mature, serious composer. (Korngold would go on to score numerous films during Hollywood's golden age.) Tänzchen begins almost as a waltz, and then drops a major hint toward his future work with a cello solo that hints at his Romantic tendencies. It's a piece Finnish conductor John Storgårds has conducted and recorded in the past, and this weekend he leads the St. Louis Symphony through both works, plus Ravel's Piano Concerto in G. Tchaikovsky's No. 4 is performed at 10:30 a.m. Friday, 8 p.m. Saturday and 3 p.m. Sunday (November 10 to 12) at Powell Hall (718 North Grand Boulevard; www.slso.org). Tickets are $25 to $112.

4. Cheer on the St. Louis Blues
The St. Louis Blues started this season like a house afire, racking up wins with secondary scoring and solid work from goalie Jake Allen. The New York Islanders have scrapped for everything, relying on John Tavares to score regularly, while anybody who can chips in a goal here and there. Our old friend and former "Blues goalie of the future" Jaroslav Halak is with the Islanders now, playing effectively if not brilliantly so far this year. When these two teams meet at 7 p.m. Saturday, November 11, at Scottrade Center (1401 Clark Avenue; www.stlblues.com), it will be an interesting test for both sides. Tickets are $39 to $164.

5. Catch a play about "the Real Ireland"
The high life has come to County Kerry, and Jake and Charlie are livin' it up. Hollywood is making a big-budget flick, and many of the locals are now making good money as film extras — well, better money than anybody normally makes in rural Ireland. But as the production drags on, movies, movie stars and Hollywood all lose their luster. The Americans have some strange ideas about what comprises the "real Ireland," the star can't master an Irish accent and being an extra ain't that great. Before long Jake and Charlie both feel like the film production may be the worst thing ever to happen to their home. Marie Jones' tragicomic play Stones in His Pockets requires two actors to make a village and its chipper invaders come to life. West End Players Guild presents Stones in His Pockets at 8 p.m. Thursday through Saturday and at 2 p.m. Sunday (November 10 to 19) at the Union Avenue Christian Church (733 North Union Boulevard; www.westendplayers.org). Tickets are $20 to $25.

6. LOL at some educational films
Nothing ages as poorly as an educational film. The hairstyles, the clothing and, above all, the cornball advice doled out by earnest narrators ("don't be a Mr. Bungle") get stale so quickly that you suspect the generation it was produced for found it just as ridiculous as we do today. Ironically, the passage of a decade or two makes almost all of these films highly entertaining in retrospect. And so the Washington University Libraries presents a selection of vintage educational films for Rawstock at 6 p.m. Sunday, November 12, at the Stage at KDHX (3524 Washington Avenue; www.cinemastlouis.org). The 90-minute program will be screened the old-fashioned way: on 16mm film, a.k.a. "the classroom special." Admission is free.

7. Play it again, Sam in south county
The Humphrey Bogart/Ingrid Bergman film Casablanca has long been lauded as the most romantic film to ever come out of Hollywood. Bogart's Rick, the American who runs a nightclub in Morocco, set the standard for guarded leading men, while Bergman's Ilsa is the prototypical former lover who returns to complicate the life of the emotionally unavailable hero. Her complication is two-fold: She's married, and her husband is a notorious anti-fascist. Morocco is controlled by the Vichy regime, which makes Ilsa's husband a wanted man. Maybe Rick could help them get to America and safety? And so begins a beautiful love story, with Claude Rains, Conrad Veidt, Sydney Greenstreet and Peter Lorre all playing a part in these lovers' bittersweet reunion. Turner Classic Movies marks the 75th anniversary of Casablanca with a series of nationwide screenings. You can see it on the big screen locally at 2 p.m. Sunday and 7 p.m. Wednesday (November 12 and 15) at the Marcus Wehrenberg Ronnies 20 (5320 South Lindbergh; www.fathomevents.com). Tickets are $12.50.