These St. Louis Employers Scored a Perfect 100 on LGBTQ Inclusivity 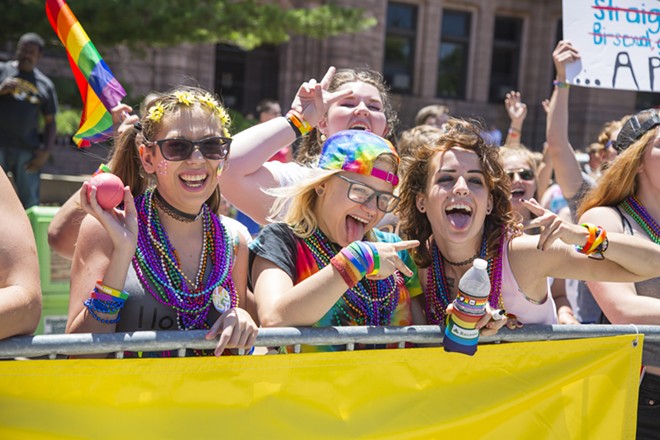 It's still perfectly legal for Missouri companies to discriminate against LGBTQ employees — but a growing number are taking steps on their own to combat discrimination.

In fact, twenty major companies and large law firms in the state earned a perfect "100" score on the Human Rights Campaign Foundation's 2018 Corporate Equality Index, an annual report assessing LGBTQ inclusion. Sixteen of those were based in St. Louis.

The St. Louis employers rated 100 on the index include the following companies:
In the honorable mention category, Enterprise Holdings of St. Louis scored a 95, missing the perfect score by just five points. Chesterfield's Reinsurance Group of America Inc. earned an 85, while the Laclede Group earned a 65.

Across the nation, 609 businesses earned the CEI’s top score of 100 — an 18 percent increase since last year, the foundation said.


“At a time when the rights of LGBTQ people are under attack by the Trump-Pence Administration and state legislatures across the country, hundreds of top American companies are driving progress toward equality in the workplace,” said HRC President Chad Griffin in a press release.

Griffin says the top-scoring companies are not only establishing policies that affirm and include employees here in the U.S., but are applying these policies around the globe, impacting millions. He says many of these companies have also become vocal advocates for equality.

“We are proud to have developed so many strong partnerships with corporate allies who see LGBTQ equality as a crucial issue for our country and for their businesses,” Griffin says.

The full report, including a searchable employer database, can be found here.