Does Saint Louis Zoo Have the Best Zoo Lights in the Country? 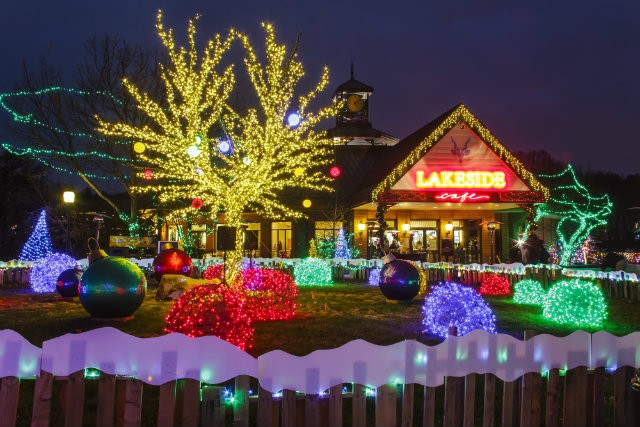 The Saint Louis Zoo is in the running for much-deserved accolades yet again — and this time, it's for the nation's best zoo lights.

USA Today 10Best is holding a reader's choice poll for the best zoo light events in the country. The U.S. Bank Wild Lights, which have graced Saint Louis Zoo each holiday season since 1999, is one of twenty zoos vying for the top honor alongside Lincoln Park Zoo in Chicago, San Diego Zoo, Detroit Zoo and more.

This isn't the first time USA Today has held a zoo lights contest — or the first time Saint Louis Zoo was in the running. Last year, we won third place, behind Wild Lights at the Detroit Zoo and, in first, Lights Before Christmas at the Toledo Zoo.

If you want to help Saint Louis Zoo notch first place this year, you can vote once daily until noon eastern on December 4. The top ten winners will be announced on December 8.

Want to see Wild Lights at the Saint Louis Zoo for yourself? Get info on dates, ticket prices, parking and a sensory night here.