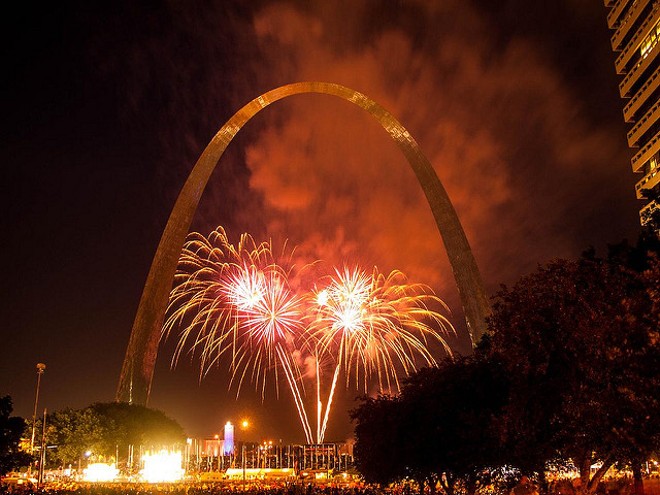 It’s easy enough to leave St. Louis, but as many former residents will tell you, it can be hard to let it go. Whether it’s eating at Ted Drewes or listening to Carol House commercials, St. Louis evokes fond memories that stay with people long after they move away.

We asked seven former St. Louisans for the things they miss most about our city. Here are their answers.

Scott “The Nametag Guy” Ginsberg
Brooklyn, NY
A writer and entrepreneur known for preaching the gospel of approachability via Hello, My Name is Scott and many other books and presentations, Scott lived in St. Louis from 1980 to 1998 and again from 2003 to 2011. He misses:

Driving down Ladue Road in autumn. “Especially the stretch between Highway 270 to Olive. It’s really beautiful in the fall. I miss the trees because you get really great oranges and reds.”

He is nostalgic about Pure Hot Yoga St. Louis. It’s where his love of yoga started, and yoga has now become a big part of his life. He also met some great people here.

Additionally, he misses watching late-night showings of movies with friends at the Moolah Shrine Movie Theater. They would “sneak in tons of snacks and have a picnic.”

He especially misses Creve Coeur Park in the summer when everyone is out running and biking.

While growing up, Scott frequented Lion’s Choice on Olive and 270 with his family. He recalled his grandmother calling it “Red Lion” for unknown reasons. Turns out Grandma was right: It was named Red Lion from 1967 to 1969 before changing to Lion’s Choice. 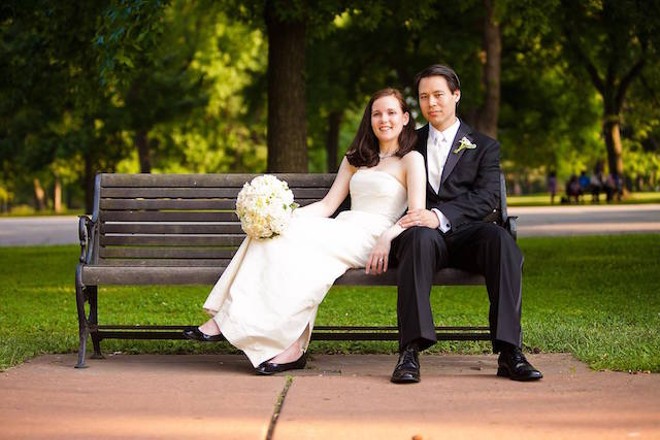 Sarah thinks the St. Louis commute is definitely better than D.C.’s. In St. Louis, she says, "It took me ten minutes to get to work."

After living in New York City and D.C., he appreciates the lower cost of living in St. Louis.

Wes’s favorite part of St. Louis were the friends he made through the weekly happy hours. Both Sarah and Wes miss the parks, especially Forest Park, for their activities. Since Wes lived nearby, “it was easy to bike around on a daily basis after work.” He also enjoyed Castlewood State Park in Ballwin. Sarah liked Tower Grove Park because “it is where we were married.”

Both Wes and Sarah miss the City Museum. Sarah says, “It is unique and quirky, like having a whole bunch of museums in one.”

Wes adds, “When Sarah and I got married…we had our wedding reception there. We look forward to going back and taking our kids there one day.”

Tolya Kuznetsov
Kansas City, Missouri
Tolya is a physician-in-training who lived in St. Louis from 1992 to 2011. He misses:

The free summertime “big fun community activities,” around the area especially the St. Louis Zoo, art museum and history museum. Additionally, he misses the free Wednesday night concerts at the Botanical Garden during the summer. He appreciates that “you can even bring your own food and drinks — alcoholic or otherwise — which is pretty rare.”

It was weird for Tolya not to hear all of the local St. Louis commercials he grew up listening to when he moved to Kansas City. For example, Carol House’s “because you like nice things.” Tolya also missed his familiarity with St. Louis roads when he first moved away.

The Delmar Loop. He misses some of the restaurants that are now closed, like Cicero’s and Riddle's Penultimate Cafe & Wine Bar.

Lastly, Tolya appreciates the Tivoli and Plaza Frontenac movie theaters because they would often show independent movies and foreign films.

Connie Powell
Atlanta, Georgia
Connie is a stay-at-home mother and freelance designer and photographer who lived in St. Louis from 2006 to 2012. She misses:

Living close to family. It only took her two or three hours to drive to visit family who live just outside of St. Louis.

St. Louis traffic, which is not as bad as Atlanta’s.

She stated there are fewer Lutheran churches in the South. “I miss being able to find mutual friends everywhere in town through it.”

Additionally, she misses the great friends she made in St. Louis. They used to enjoy “the free concerts in the summers at the riverfront and at different parks” like Twilight Tuesdays.

Lastly, Connie misses living so close to Missouri wine country. “We used to do afternoon wine visits with friends.” 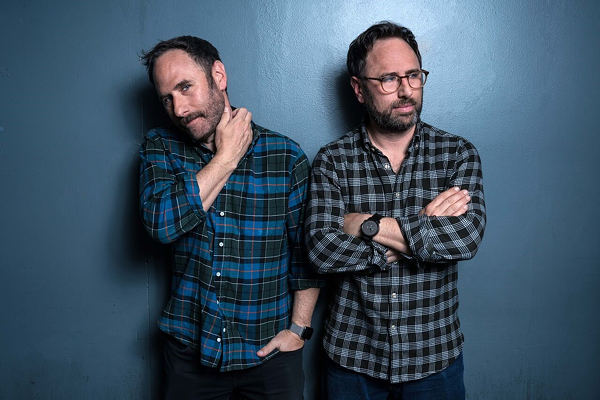 Living in LA, Randy misses experiencing all four seasons, as he did in St. Louis — and the “dark magic hour when it gets dark around 5:30.” He especially misses it during autumn. “There’s just this feeling in the neighborhoods, especially where we grew up in Creve Coeur ... It’s hard to describe.” He also loves this time of day during the summer when he can hear the cicadas and see lightening bugs. “It is a very Midwestern thing.”

Randy also loves Cunetto House of Pasta on the Hill, specifically their cavatelli con pomodoro and toasted ravioli, and he misses going to Cardinals games at Busch Stadium. Randy craves Imo’s. “I like a pizza you can slide under a door in a hostage crisis.”

Jason misses the City Museum. What most fascinates him is how the “parents are always arguing about who was supposed to be watching the kids after losing a child.” He jokes, “It’s the beginning of any divorce.”

Jason also misses visiting Wet Willy’s Waterslide in Fenton, like he and Randy did as kids, and fondly recalls going to Soulard Farmers Market with their father. “It was a farmer’s market before it became cool to have farmer’s markets.”

Jason loves the burgers at Llywelyn's Pub in the CWE.

And finally, they both miss Ted Drewes. Jason craves it so much, “it’s almost why I couldn’t live in St. Louis, because I would eat it every night and ruin it. That’s how much I love it. I think about it when I’m not there.” He also loves that the owners offer tuition assistance for some of their employees attending college.

Randy shares that they visited Ted Drewes on the day of their father’s funeral. “It made us feel better in the moment, and we knew it was what our dad would have wanted.”