Trump and Hillary? That felt tired even last October. Ken Bone? Ditto, even for the "Sexy Bone" version. Time for a Halloween costume that screams "2017," not "so last year."

And while you could definitely go for au currant (and nausea-inducing) in your white bathrobe a la Harvey Weinstein, we've got a few more St. Louis-specific ideas. Who should you go as for this year's Halloween party filled with the city's movers and shakers? Here are our best attempts at costumes to shock and awe the powers that be. 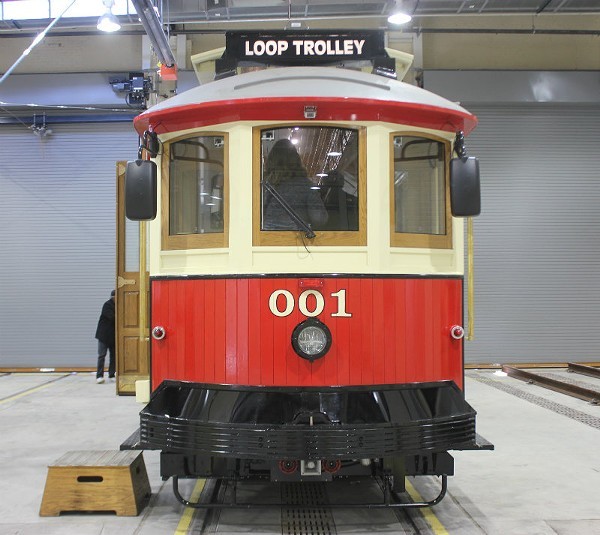 13. The Loop Trolley
Everyone is still waiting for you to show up to last year's Halloween party just like you said you would, but didn't. Don't show up to this one either. Instead, ask everyone to give you their money. Throw it all into a bottomless hole. Ask for more. Oh, and if you see anyone on a bicycle, order the hosts to have them banned for their "safety."

12. Lyda Krewson
Say you're going to host a party and then also RSVP to a few soirees hosted by friends. Cancel all of the above at the last minute. Show up at a frenemy's party a few weeks later and act all surprised when people yell at you.

11. Axl Rose
Dig out that “ST. LOUIS SUCKS” t-shirt and tie on a headband so tight that you can't remember your goddamn name or song lyrics. Arrive at the party hours late, go directly to the bathroom and drink/snort everything in the medicine cabinet. Now start mingling and smacking cameras out of people's hands. When they complain, throw a few chairs and slur, "Welfum to the Mumble" before fucking off before your triumphant return 26 years later.

10. Courtland Sykes
Go for the James Bond-wannabe look with a suit with no tie, popped collar and an "ouch-the-sun-is-in-my-eyes" smolder. In one hand, carry a copy of "The Good Wife's Guide" (Housekeeping Monthly, 1955). In the other, carry a "Make America Great Again" hat. (Heaven forbid you support Trump at the cost of messing up your lusciously wind-blown hair.) Insist to everyone that you're not actually wearing a costume.

11. Sexy Josh Hawley
Hint to everyone you know that you're going to a Halloween party, but play coy when asked for more specific details. Show up to a random party where you know nobody and wait for round of applause.

10. Post-Dispatch Editorial Page Director Tod Robberson
Come dressed in casual boating attire, complete with a cotton sweater thrown just so over your shoulders. Comment to the other guests about how the pizza just isn't as good as that which you enjoyed as a foreign correspondent in Saudi Arabia. If you see any Post-Dispatch reporters milling about, trip them.

8. Francis Slay
Get a vintage KSHE t-shirt, gas station sunglasses, a pair of cargo shorts and some Tevas. If you can procure a boombox, play your "Argent/Gentle Giant Klassics" mix tape at top volume. Be the last one to leave and remind people, "It's not like I have to work tomorrow." Have a great time, all the time, knowing that the mess out there is someone else's problem. (See: No. 12.)

6. Riot King
Get a whole bunch of your friends to dress up like Snake Eyes from the G.I. Joe movies, then surround the party and demand that everybody leave. Hold the doors shut so they can't. Go inside and kick the shit out of everybody for disobeying you. Use video of the incident to market your skill at restoring order to dangerous party situations.

5. Prolific RFT Commenter Scott Shoemaker
Comb over your thinning hair and put on your nicest pair of Ray Bans. Go around interrupting conversations to inform party guests that "liberalism is a mental disorder," no matter what they're talking about. If anyone asks what you're doing at a party full of liberals, threaten to dox them.

4. St. Louis Blues Owners
Show up to a party full of college students and under-employed do-gooders in a giant Hummer and Armani suits, demanding everyone there contribute to your new car fund. When the sole adult in the room suggests it's a bad idea, hit her with a lawsuit.

3. Amazon Headquarters
Are you kidding? You wouldn't be caught dead in St. Louis. But you're still big-hearted enough that you'll deign to accept delivery of its party invites. Have your secretary sign for the city's expensively produced entreaties, then give a hearty chuckle as you toss them in the trash and head to your private plane en route to Denver. 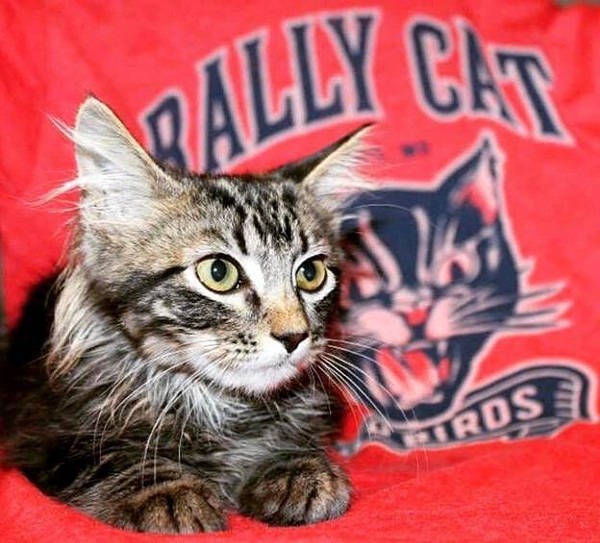 2. Rally Cat, the St. Louis Cardinals & Cat Rescue
This one works best for a polyamorous group. One of you dons a cat costume and springs cutely through the party. A person decked out in Cardinals gear hugs you, then leads you toward the door. Cat Rescue person shows up and begins cuddling with Kitty, which causes the Cardinals to pursue both Cat Rescue and Kitty for the rest of your night, demanding the return of "their" cat and periodically calling out "Rally? Rally!" plaintively. NB: Kitty should look uninterested the entire evening.

And finally, for all you couples out there ...

1. Riot Cop and Hazardous Substance
One of you dresses up like an urban commando preparing to play a real-life game of Halo. The other dresses as a spray bottle labeled "apple cider vinegar." Riot cop attempts to herd all the party guests into the corner farthest from the snacks while chanting "Whose snacks? Our snacks!" just as Apple Cider Vinegar casually approaches. Riot cop then shrieks like Ned Flanders and flees the room. Let's just hope he doesn't discharge his service weapon "in fear for his life" first.