St. Louis Is One of the Hottest Hipster Markets in America 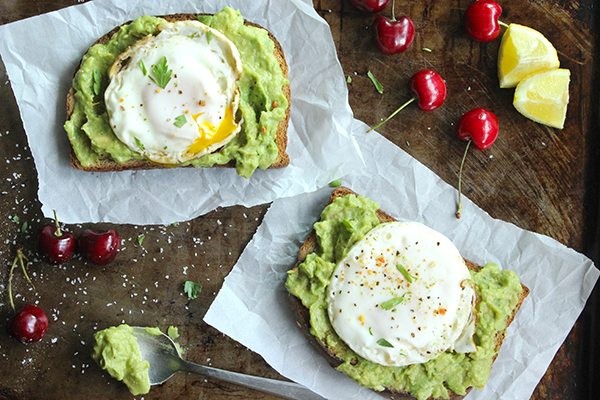 Hold on to your fedoras and skinny jeans, folks. St. Louis is now officially a hipster haven — one of the twenty "Hottest Hipster Markets in America" in an all-important ranking by Realtor.com and Yelp.

The two sites report that they joined forces in a quest to determine the most in-demand real estate markets in the country with the largest concentrations of "hipster" businesses. The sites defined "hipster," of course, as a person whose interests include avocado toast, artisanal coffee and indie record stores ... which strikes us as an imperfect description, but at least better than this cringe-worthy local attempt.

Anyway, St. Louis is No. 14 of the 50 cities that made the list — more specifically, the 63143 zip code, which comprises Maplewood.

But despite our skepticism for the way middle-aged people deploy the word "hipster," Realtor.com and Yelp suggest that making it near the top of this list may well be a good thing. The study found that the cities where hipsters live are often some of the country's hottest housing markets. They tend to have low or average unemployment rates and strong market dynamics, with healthy buyer demand and houses selling in 30 days on average. The study also notes that these cities also tend to attract millennials — but you probably guessed that already at the mention of expensive coffee and avocado toast (*insert eye roll here*).

Compiling the study involved strategies such as combing Yelp data for reviews in zip codes that most contained the word "hipster" and then ranking the markets based on a composite index created with the Yelp differential and the "realtor.com hotness index." So take that methodology for what you will.

Columbus, Ohio, was No. 1 on the list, followed by Seattle, San Diego and Fort Wayne, Indiana. The study went into more detail for the top 10 cities, explaining the draw for hipsters to each city and even listing each city's top hipster hot spot. St. Louis didn't get that kind of detail (darn!), but you can view it in all its hipster glory in the full ranking below. 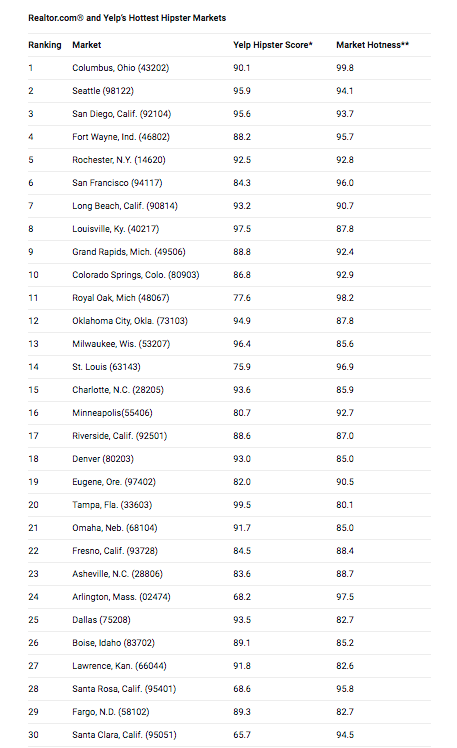