The Best Things to Do in St. Louis This Week, September 29 to October 4 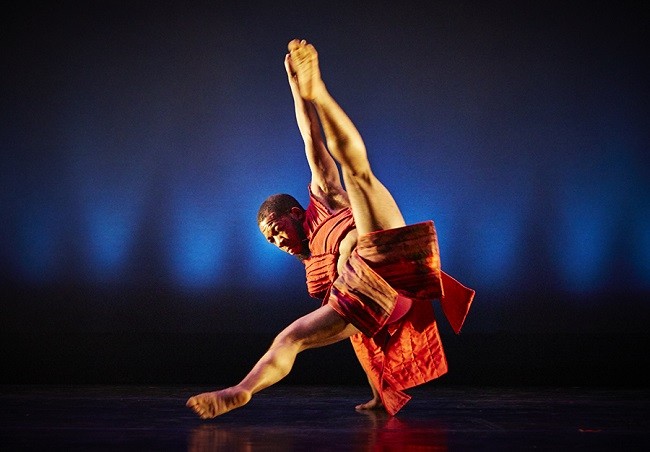 Notice anything different about this week's event list? Everything gets a question as a tease. Why? Why not? The question mark is underrated in the punctuation game. Also, my great uncle invented it, so each one nets a tidy royalty for yours truly. True story?

1. Did Lizzie Borden take an axe and give her mother 40 whacks?
Most of what we think we know about purported axe-murderess Lizzie Borden is inaccurate. She didn't kill her mother and father; it was actually her father and her stepmother, a woman she distrusted and addressed rather frostily as "Mrs. Borden." Borden was infamous in her day for her calm, cool manner following the murders and for beating the rap. The strangeness of the unsolved killings and Borden's insistence on remaining in her hometown for the rest of her life fueled the rumor mill. She did it for her father's fortune; it was revenge for her father's sexual abuse of her; she had been caught in romantic tryst with the house maid; she planned the murders with her mother's brother. Steven Cheslik-deMeyer, Alan Stevens Hewitt and Tim Maner recast the story for the modern age in their rock musical Lizzie. It's a raucous, loud show that fuses the guitars and attitude of the Riot Grrrls with the gothic sensibility of the historical era, and relies on a cast of four women and a six-piece band. New Line Theatre opens its new season with Lizzie. Performances take place at 8 p.m. Thursday through Saturday (September 28 to October 21) at the Marcelle Theater (3310 Samuel Shepard Drive; www.newlinetheatre.com). Tickets are $15 to $25.

2. Remember the Cold War, before its current reboot?
Andrey and John have been too long at the negotiating table, with nothing to show for their labors. They decide to chuck everything and go for a stroll in the forest above Geneva. As they walk, the American and Soviet discuss matters other than limiting their respective countries' nuclear arms stockpile. They talk about the futility of their jobs and the camaraderie growing between them. But is friendship with a Russian something the idealistic John can believe in, or even desire? Lee Blessing's A Walk in the Woods is a play about choosing to live your life as if it matters more than your job. The West End Players Guild opens its 107th season with A Walk in the Woods. Performances are at 8 p.m. Thursday through Saturday and 2 p.m. Sunday (September 29 to October 8) at the Union Avenue Christian Church (733 North Union Boulevard; www.westendplayers.org). Tickets are $20 to $25.

3. How long would it take you to eat 18,000 pounds of BBQ?
Have no fear: The organizers of Q in the Lou assure you that they're going ahead with the third year of the smoked meat festival. With 18,000 pounds of meat ready to enter the pit, they expect large and hungry crowds, so don't disappoint them. This year's Q in the Lou takes place from 4 to 9 p.m. Friday, 11 a.m. to 8 p.m. Saturday and 11 a.m. to 6 p.m. Sunday (September 29 to October 1) at Kiener Plaza (Seventh and Market streets; www.qinthelou.com). Admission is free, but bring your wallet, because everybody's selling what they smoke. This year's designated "Legends of the Pit" include Sugarfire's Mike Johnson and Christina Fitzgerald, Skip Steele of Pappy's and Bogart's fame, Mississippi's father/daughter two-fer Garry Roark and Leslie Scott Roark, and Marlando "Big Moe" Cason of Des Moines' Ponderosa BBQ. There will be live music all three days, VIP options and even master class sessions if you want to learn from the best.

4. Did you see Freedom last spring? Why not see it again?
MADCO brought the curtain down on its 40th season with Freedom, a collection of four new dance pieces inspired by images of the civil rights movement in the '60s and what happened in Ferguson more recently. The four choreographers — Cecil Slaughter, Nejla Yatkin, Jennifer Archibald and Gina Patterson — didn't seek to directly recreate scenes of fire hoses and heavily-armed police officers on stage. Rather, they sought to evoke both a sense of oppression and the striving, human element that sought equality through peaceful means. MADCO presents an encore performance of Freedom at 8 p.m. Saturday, September 30, at the Touhill Performing Arts Center (1 University Drive at Natural Bridge Road; www.touhill.org) on the University of Missouri-St. Louis campus. Tickets are $30.

5. Cat art: Fine art, or the finest art?
There have been chimpanzee painters, elephant painters and even an octopus (which didn't specialize in watercolors) — but never a cat. That's because all cats know they are works of art and deserve to be memorialized as such by others. Mauhaus, the cafe with all the kitties, recognizes this need with its inaugural Cat Art Fair. This show of cat-themed work created by local artists takes place outside, and no, you should not bring your own cat(s). You should, however, bring your sense of wonder. The Cat Art Fair takes place from 9 a.m. to 6 p.m. Saturday, September 30, at Mauhaus (3101 Sutton Boulevard, Maplewood; www.mauhauscafe.com). Admission is free.

6. What was the deal with the Borgias?
The Borgia family has been synonymous with brilliance and lust for power since the fifteenth century. They dominated politics and ecclesiastical roles while remaining cunning warriors and generous patrons of the arts. But they were also slandered and libeled by the people they out-maneuvered. Rodrigo attained the position of pope (he was officially Pope Alexander VI), but was then accused of hosting orgies in the Vatican. His son Cesare was frequently cited as an example of what not to do by Machiavelli in his famous treatise The Prince. Cesare's sister Lucrezia was used as a pawn by the family to gain power through marriage, and she was rumored to be the family executioner as well, poisoning people who had outlived their usefulness. The Borgias have all the ingredients for a fantastic opera (or soap opera), which is exactly why Harold Blumenfeld wrote Borgia Infami. Blumenfeld's opera weaves together fact and various fictional portrayals of the family to give a full picture of their significance in history. The Washington University Department of Music presents the world premiere of Borgia Infami at 7:30 p.m. Saturday and 3 p.m. Sunday (September 30 and October 1) at Washington University's Edison Theatre (6465 Forsyth Boulevard; www.edison.wustl.edu). Tickets are $10 to $25.

7. I'm sorry, for how long did you say you'd love me?
Whitney Houston and Kevin Costner brought old-fashioned romance back to the big screen with their 1992 smash film The Bodyguard. Alexander Dinelaris adapted the film into a musical and made a few changes along the way. Rather than focus on ex-Secret Service guy Frank Farmer, Dinelaris centers the story on singer Rachel. And while Whitney is not going to take the stage to belt out "I Will Always Love You," the musical is loaded with additional Houston hits, and the romance still sweeps the show along to a dramatic conclusion. The Bodyguard the Musical is presented Tuesday through Sunday (October 3 to 15) at the Fox Theatre (527 North Grand Boulevard; www.fabulousfox.com). Tickets are $35 to $105.

8. Aren't we all just frightened mice, scurrying from day to day?
The final film Jim Henson worked on before his death was an adaptation of Roald Dahl's book The Witches. Like most Dahl stories, there is a greater sense of peril and terror than what you find in most children's books. Luke is a newly orphaned boy whose grandmother takes him to England. She warns him to beware of witches at all times, for they despise children and will destroy them whenever possible. Of course the hotel they're staying in is hosting a national convention of England's witches, and Luke is soon transformed into a mouse by the Grand High Witch (a perfectly cast Anjelica Huston). Can the rodent boy sabotage the witches' plan to kill all of Britain’s children, or is this it for the kids? It's a creepy and effective kids movie that works for adults as well. The Webster Film Series presents The Witches at 8 p.m. Wednesday, October 4, at Schlafly Bottleworks (7260 Southwest Avenue; www.webster.edu/film-series) as part of its Strange Brew series. Tickets are $5.