With Intrinsic, Consuming Kinetics Brings the Four Elements to Life 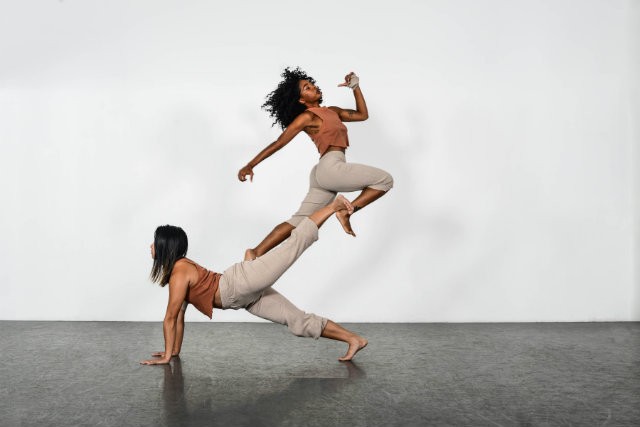 When Consuming Kinetics Dance Company chose the theme for its latest concert, the company felt it was relevant to the present — but there's no way they could've anticipated just how much so by the performance date.

Titled Intrinsic, the contemporary dance company's latest show features pieces inspired by the four elements — earth, air, fire and water, which Artistic Director Arica Brown says the company felt "were all intrinsic to just being and where we are now as humans." Scheduled for the Kranzberg Black Box (501 N. Grand Blvd.) in Grand Center this weekend, the concert falls near the end of a month that has seen natural forces like hurricanes and earthquakes at the forefront of headlines. But while the power of nature is acknowledged in the show, the company won't be portraying the timely theme literally.

Instead, Intrinsic will feature work by four resident choreographers and two guest choreographers, each with a unique take on the concept.  Their angles vary greatly: CKDC's Ashreale McDowell, for example, uses her piece to explore how the elements work together for creation, while Brown's piece focuses on the fifth, or human, element. Another piece by choreographer Thom Dancy, formerly of the Big Muddy Dance Company, follows a group of friends on a night out to parallel to the debauchery that can happen when elements combine.

Each piece comes to life in different ways on stage. Brown explains how CKDC's Olivia Perez, for example, uses her piece, "grounded," to explore the essence of the element of earth. You can see the idea reflected in the dancers' movement, which has a grounded quality to it.

Another piece by CKDC's Sam Gaitsch, "smother," addresses the combination of air and pollution.

"She has the very free element of a solo portraying air. Very fluid and powerful at the same time," Brown explains. "And then the piece sort of takes a somber turn, and you can see physically the pollution characters coming into the scene and really smothering her in a way and stealing from her." The costumes even contribute to idea of smothering, with long, flowing skirts that almost consume the dancers.

Despite the different ways the choreographers have taken on the theme, all the pieces tie into the company's goal of communicating to the audience — specifically, in cases like Gaitsch's piece, to remind them that we're part of a delicate ecosystem.

"We’re powered to protect our planet, but we’re also free not to," Brown says. "So maybe her work, and just a combination of showing the human experience through an evening of dance, people can really be reminded that those are, or should be, important focuses in our lives."

Intrinsic is the second of CKDC's two annual professional concerts, and it's also the last one at the Kranzberg Black Box. Starting in 2018, CKDC will be staging its performances at the Marcelle to accommodate its growing audience base — every concert at the Kranzberg has sold out this season.

Brown notes that the company and its educational programs have expanded this year, even in the midst of challenges such as some grant money being reduced in the wake of the National Endowment of the Arts losing funding.

"I see this past year as being really sort of an example of how despite whatever resistance we experience as a company, we’re going to continue to grow. We’ve taken root here, this is our home," Brown says. "We might open up a satellite company at some point in the Pacific Northwest, but for now we’re really focusing on this project, and we really want to make sure that St. Louis audiences know that we’re here to stay."

You can see Intrinsic at the Kranzberg Black Box this Friday and Saturday at 8 p.m. and Sunday at 6 p.m. For tickets, visit ckdc.org.