The Best Things to Do in St. Louis This Week, August 3 to 9 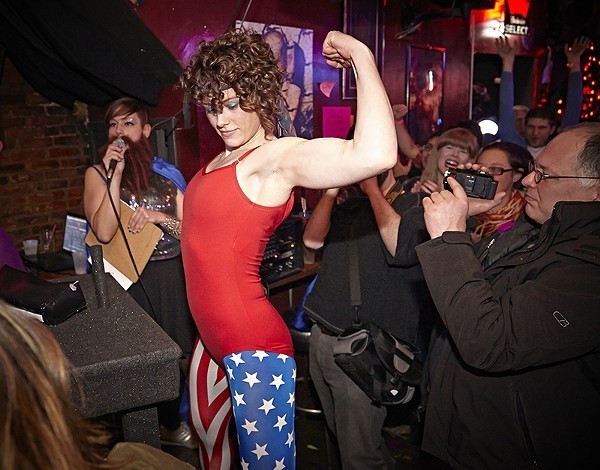 Ah, it's good to see you my old friend. You're here once again to see see what events shall occur this week? Rest assured, there are plenty — from a celebration of the printmaker's art to a musical (or three).

Read on, and start planning.

1. A musical shall demonstrate the truth of the American Dream.
E.L. Doctorow's novel Ragtime is about three of the many Americas that existed at the start of the twentieth century. There are the immigrants, as personified by the Jewish man Tateh and his daughter; the black Americans, here 300 years and still on the outside of everything, represented by the musician Coalhouse and his girl, Sarah; and there are the established, comfortable families, in this case temporarily headed by Mother while her husband participates in a scientific expedition. What do these three strands of society have in common? Not much, but over time they can — and will — weave together and form a new image of America. The musical version of Ragtime, adapted by Terrence McNally, Stephen Flaherty and Lynn Ahrens, sets the story in the framework of the American art form, revealing the faith and courage required to pursue a new life. Stray Dog Theatre closes its current season with Ragtime. Performances are at 8 p.m. Thursday to Saturday (August 3 to 19) at the Tower Grove Abbey (2336 Tennessee Avenue; www.straydogtheatre.org). There are additional shows at 8 p.m. Wednesday, August 16, and at 2 p.m. Saturday, August 19. Tickets are $20 to $25.

2. A gay song or three will lighten the mood, I've found.
New Line Theatre's sporadically produced musical revue Out on Broadway returns for only the third time in 21 years with Out on Broadway: The Third Coming. It's an exceptionally simple set-up: You take five male singers, give them a pianist as accompaniment, and let them loose to tell their stories — the loves, losses and lives of five gay men — through the songs of musicals such as Kinky Boots, Heathers, Hamilton and The Book of Mormon. This lucky third production comes with the added bonus of "Hope," a brand-new song from Jason Robert Brown (composer of The Last Five Years and Parade, among many others), which will open the show. Come for some old favorites and get a couple new surprises as well. Out on Broadway: The Third Coming is performed at 8 p.m. Thursday through Saturday (August 3 to 19) at the Marcelle Theatre (3310 Samuel Shepard Drive; www.newlinetheatre.com). Tickets are $15 to $25.

3. A new-old flop from Mark Twain gets a fresh coat of funny paint.
Jean-François Millet is a mid-nineteenth century painter whose work just doesn't sell. But while he has no food, he does have a circle of pals — a German, an Irishman and an American — who convince Millet his work would become exceedingly collectible if he were to die. And so Jean-François dies, leaving his "twin sister" Daisy to manage his estate and rake in the francs. This solution brings more complications to "Daisy's" life, as Jean-François' landlord and his former creditor both attempt to pursue a relationship with Daisy. Mark Twain's farcical play Is He Dead? lay unpublished for more than a century because it was both lackluster and dull. It's been punched up by the supremely funny David Ives, and now has a new lease on life. St. Louis Shakespeare opens its 33rd season with Is He Dead? Performances are at 8 p.m. Friday and Saturday and 2 p.m. Sunday (August 4 to 13) at the Ivory Theatre (7622 Michigan Avenue; www.stlshakespeare.org). There is one additional performance at 7:30 p.m. Thursday, August 10. Tickets are $18 to $20.

4. It's art, fresh from the presses.
Tom Huck's Printbangerz Ball is a biannual celebration of the printmaker's art, with open studios, classes and hobnobbing taking place for a week at Huck's Evil Prints (1931 Washington Avenue; www.evilprints.com/printbangerzball). The week culminates in the third annual ScratchFest, a one-night art show/dance party that commemorates the life of local musician and artist Bob Reuter. The big draw is all the affordably priced, hand-printed art that will fill the Ready Room (4195 Manchester Avenue) from 6 p.m to midnight on Saturday, August 5. Prices start at $50 for all prints, which are all made by established and emerging printmakers such as Sean Starwars, Cannonball Press, Julia Curran and Carlos Hernandez. The dancing music is provided by Alley Ghost and the Amazing Hancock Bros., as well as Bob Reuter's legendary collection of vinyl delights. Admission to ScratchFest is free, but don't be a cheapskate; buy stuff while you're there.

5. Brawling Broads Battle Bravely.
The women of the St. Louis Lady Arm Wrestlers (SLLAW, and don't you forget it) are mad, bad and dangerous to know. The group grafts the performance element of professional wrestling onto the quiet and deeply intimate art of arm wrestling. What gets spun out the other end makes the Sylvester Stallone movie Over the Top seem like a documentary. SLLAW is theatrical, competitive and supremely feminine — it takes strength to be a woman in this world, and these hand-grapplers have that in spades. SLLAW presents its Royal Rumble at 9 p.m. Saturday, August 5, at the Heavy Anchor (5226 Gravois Avenue; www.theheavyanchor.com). Admission is $7, and all proceeds go to NARAL Pro-Choice Missouri.

6. Midnight phantoms ride the streets 'pon a moonlit eve.
The Moonlight Ramble is now in its 54th year, and the nocturnal bike ride though the streets of the city is still going strong. The actual route remains a secret until late in the game, but rest assured you'll see a whole new St. Louis as the city is illuminated by the full moon. This year's ride begins at the intersection of Eighth and Cerre streets (Busch Stadium parking lot C; www.moonlightramble.com), which will be open for the pre-ride festivities, including cycling vendors and live music, at 9 p.m. Saturday, August 5. The course opens at 12:01 a.m. (technically Sunday morning), and you'll have a choice of routes: either the 9.5-mile run, or the 18.5-mile course. It's not a race, so just have fun out there, and remember, helmets are required for all riders. Registration is $10 for youth riders (up to age sixteen) and $25 for adults. 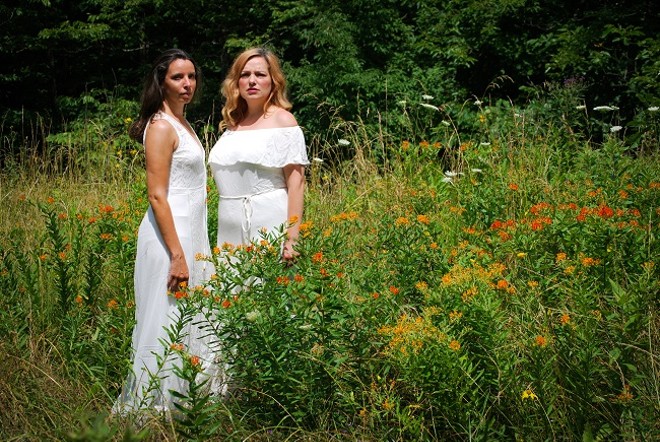 7. A hardscrabble tale is told, and told well.
Donald Ray Pollock first made a splash with his debut collection of linked stories, Knockemstiff, which chronicled the dark and weird strivers who populate the grimmer corners of the Midwest. His new novel The Heavenly Table is about two families in 1917 America. One is headed by tough borderlands farmer Pearl Jewett. When he is suddenly dispossessed of his land, his three sons are of a mind to get even through criminal means. The Fiddler family lose everything to a con artist, and at their lowest point sort of crash into the Jewetts, who are on the run and well on their way to criminal immortality. Pollock reads from and signs copies of the heavily praised The Heavenly Table at 7 p.m. Monday, August 7, at St. Louis County Library Headquarters (1640 South Lindbergh Boulevard, Frontenac; www.slcl.org). Admission is free, and copies of Pollock's novels will be sold on-site by Subterranean Books.

8. What's oldsies is Newsies once again.
The Muny closes its landmark 99th season of musical theatre with its first-ever production of Disney's Newsies. It's a story about the newsboys who sell the daily papers on the streets of late nineteenth century New York. When Joseph Pulitzer, the publisher of the New York World, decides to raise the price the newsboys pay for their papers and cut into their earnings, the scrappy newsies decide to fight back the only way they can: They'll unionize and go on strike. Can a handful of determined workers actually fight back against the oppression of the greedy corporate executives and win? They can if they sing and dance hard enough. Newsies is performed at 8:15 p.m. Monday through Sunday (August 7 to 13) at the Muny in Forest Park (www.muny.org). Tickets are $15 to $95.

9. Two women, once cleaving together but now cloven in twain.
Maria and Laura have known each other for most of their lives, but they have been apart for the last few years. In the interim Maria's art career has taken off, and she's married well. Laura is struggling to get by, professionally and emotionally. But it wasn't that long ago that the two were bound together, emotionally, physically and creatively. What happened in the past that makes this current meeting more of a cautious interrogation and stand-off than a happy reunion? Paloma Pedrero's The Color of August is a psychological investigation of two women who once shared a life — but now can barely share the same room. Slightly Askew Theatre Ensemble presents The Color of August at 8 p.m. Wednesday through Saturday (August 9 to 19) at the Chapel (6238 Alexander Drive; www.slightlyoff.org). Tickets are $15 to $20.