Could St. Louis' Archdiocese Be the #ArchdioceseOfHip? 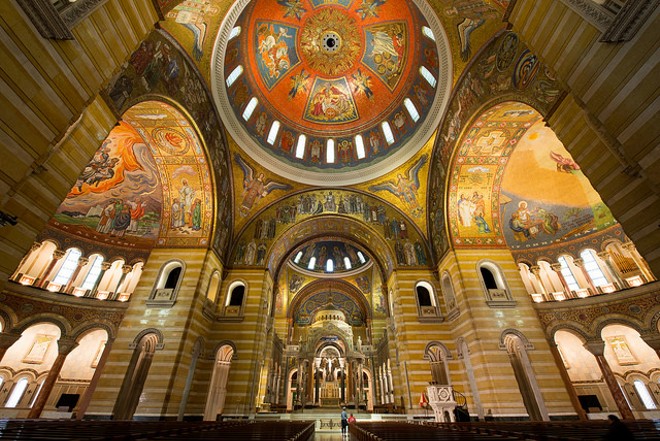 When you think of hip, you probably don't think of the Archdiocese of St. Louis. But as the good Lord himself once famously declared, His ways are not our ways — and when an expert decides that anything in St. Louis belongs on a shortlist for something other than crime per capita, well, who are we to doubt?

The expert in this case, Tommy Tighe, occupies the strange nexus where hipster meets Roman Catholic. The Bay Area father of four calls himself, yes, "the Catholic Hipster," and he's got a website — and, soon, a book — under that branding.

For the past two years, Tighe has annually declared one diocese in the nation to be "the Archdiocese of Hip." (Unsurprisingly, Portland and Denver are both past winners, since any time you find a large enough coven of hipsters, you surely find some Catholics as well.)

And that's where we come in: This year, St. Louis is one of four finalists. We're now vying for the honor along with Los Angeles, Detroit and Halifax-Yarmouth.

Writes Tighe, "The Rome of the West deserves to make the list, right? Founded 190 years ago, it is currently being run by Archbishop Carlson, and has an ecclesial footprint that would probably blow your mind. Lots of cool Catholics live here, but will that be enough to push them to the win?"

We won't argue about the "lots of cool Catholics" part (ahem!). And he's got a point with our "ecclesial footprint" — the diocese here once stretched from Arkansas to Idaho.

Beyond that, we have to give the St. Louis archdiocese major credit for rolling with this thing: When it comes both to being good sports and being ready with a meme, these guys are on it.


Want to help the home team take home the honors we so richly deserve? Get thee to Twitter and tweet your support at #ArchdioceseOfHip (yes, that's a commandment, albeit not one of the ten). Or check out Tighe's Twitter poll below.


Now, it's worth noting that, as of press time, we were running away with the thing. Would it be un-Christian to boast that we were into the eucharist fourteen years before those poseurs in L.A. ever heard of it?