The Best Things to Do in St. Louis This Weekend, July 6 to 10 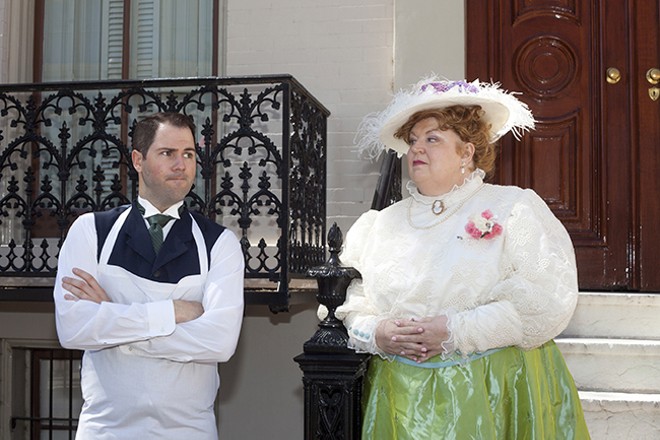 The positive in a shortened work week? The weekend is closer than it appears. The July 4th weekend may be over, but this upcoming one is still full of events that will satisfy everyone from the film critic to the opera fanatic. Take a break from the backlog of emails and phone messages, and ignore that half a sandwich  that sat in the trash can for four long days while the cleaning crew was off. You have a weekend to plan.

1. Explore the imaginary worlds of Helene Slavin
Helene Slavin's abstract paintings are actually fractals — infinite patterns that repeat themselves at different scales — which she creates by throwing paint and then using an electric toothbrush to fine-tune the patterns that form. There's an organic quality to her work that becomes more apparent the longer you look at it, which makes sense: fractals appear everywhere in the natural world, from ferns to mountains. But Slavin's fractals all exist in the created world of her paintings. Hence the title of her new exhibit, Paracosm — a paracosm being a highly detailed imaginary world. This show of worlds within worlds is a fundraiser benefiting Just Moms STL and the Earth Defense Coalition. Helene Slavin: Paracosm opens with a free reception from 5 to 8 p.m. Thursday, July 6, at the Philip Slein Gallery (4735 McPherson Avenue; 314-361-2617). Paracosm remains up through August 5.

3. Watch a sheltered Englishman break out of his shell
It is the best of times and the worst of times for Albert Herring, the star of Union Avenue Opera's latest production. The young Englishman has just been selected as his small town's May King, but every aspect of his life is controlled by his oppressive mother. He's not crazy about having to wear snowy white clothes during his coronation (to better underline his virginal purity, natch), but the ceremonial position does come with a not-insubstantial honorarium. Things get worse when he overhears his friends from work, Sid and Nancy, commiserating about "poor Albert." But what can a browbeaten man do to break away from his mother and start really living? Benjamin Britten's comic opera Albert Herring is about a young man finding his way in the world and ceasing to care so much about what other people think. Union Avenue Opera opens its new season with Albert Herring, with home-town opera star Christine Brewer in the role of the aristocratic Lady Billows. Performances take place at 8 p.m. Friday and Saturday (July 7 to 15) at the Union Avenue Christian Church (733 North Union Boulevard; www.unionavenueopera.org). Tickets are $30 to $55.

4. See a crop of new plays
Now in its fifth year, St. Louis Actors' Studio's LaBute New Theater Festival is a guaranteed good time for fans of new and exciting plays. The eponymous Neil LaBute contributes "Hate Crime," which will open every performance. Among the five other finalists are two St. Louisans, Carter Lewis and Tearrance Chisholm. Lewis should be familiar to Repertory Theatre of St. Louis audiences, as the company has mounted four of his plays in the past, including the incendiary Evie's Waltz. Chisholm rocked Washington, D.C., early this year with his play Hooded, or Being Black for Dummies, a sharp bit of meta-theater with a laugh track and a wary eye for the dangers of growing up black in America. The 2017 LaBute New Theater Festival takes place at 8 p.m. Thursday through Saturday and at 3 p.m. Sunday (July 7 to 30) at the Gaslight Theater (358 North Boyle Avenue; www.stlas.org). Tickets are $30 to $35. 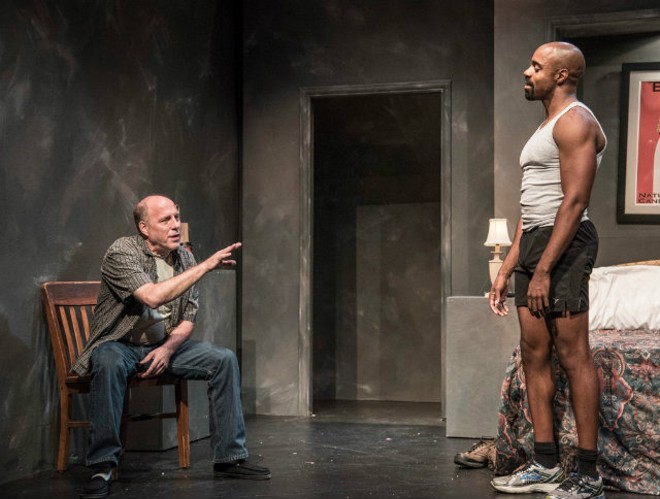 5. Investigate the art of weaving
Emily Oliver's work in Weaving as Ritual and Art is deceptively sparse. Her widely spaced color bars and shapes only look that way because you're thinking like a painter; all the white space in her weaving requires as much work as the colored bits, after all. Oliver's new exhibition Weaving as Ritual and Art alludes to early Modernist painters through her use of negative space and isolated color, but her work also hews to the pattern-making that comprises traditional textile arts. The exhibition opens with a free reception from 6 to 9 p.m. Friday, July 7, at the Dark Room (3610 Grandel Square; www.thedarkroomstl.com). The show remains up through September 3.


6. Hear what Roxane Gay has to say about being hungry
Roxane Gay has repeatedly challenged the nature of feminism and race in her writing. Her new memoir, Hunger, deals with America's other great prejudice — overweight people. In Hunger, Gay traces her own fraught history with food, emotional vulnerability and the outside world's persistent reminders that she would somehow be a better, more valuable person if she just lost some weight. Gay appears at 7 p.m. Saturday, July 8, at St. Louis County Library Headquarters (1640 South Lindbergh Boulevard, Frontenac; www.slcl.org) to discuss her book and sign copies. Tickets are $30 (admits one person and includes one copy of Hunger) and $38 (good for two people and one copy of the book).

7. Take one last trip to the lake
Norman and Ethel Thayer are looking forward to another tranquil summer spent on the lake, but their adult daughter Chelsea has other ideas. She plans to bring her new boyfriend Bill along to celebrate her dad's birthday, but what she doesn't announce is that Bill's teenage son Billy Ray will be tagging along. Norman and Chelsea have had a rocky relationship over the years, but the visit is mostly pain-free — at least until Chelsea asks if Norma and Ethel can take care of Billy Ray for the rest of the summer while she and Bill head to Europe. Ernest Thompson's On Golden Pond captures a family in transition: Ethel and Norman are approaching the end of their lives, while Chelsea is simultaneously stuck in her unhappy past and eager to face the future. Insight Theatre Company presents On Golden Pond at 8 p.m. Thursday through Saturday and at 2 p.m. Sunday (July 6 to 23) at .Zack (3224 Locust Street; www.insighttheatrecompany.com). Tickets are $20 to $35.

8. See how fashion exhibitions are made
If you're curious about how much work goes on behind the scenes in preparation for a show at the Metropolitan Museum of Art, Andrew Rossi's documentary The First Monday in May has the details. Rossi follows Andrew Bolton, the chief curator of the Costume Institute, as he organizes and oversees the installation of China: Through the Looking Glass, a massive exhibition of 150 garments. Compounding his work stress are the media's concerns about cultural appropriation and the wrangling of various celebrities who will attend the Institute's big fundraiser, the Met Gala. The First Monday in May screens at 2 p.m. Sunday, July 9, at the St. Louis Art Museum (1 Fine Arts Drive; www.slam.org) as the inaugural entry in the Fashion on Film series. Admission is $5.

9. Enjoy the weird world of vintage educational films
It's difficult to imagine an America that is not crisscrossed by highways. But it hasn't always been this way. Return to a past in which the interstate system was a new and futuristic feature of the landscape at 6 p.m. Monday, July 10, at the Missouri History Museum (Lindell Boulevard and DeBaliviere Avenue; www.mohistory.org). The Route 66 Vintage Films screening features a selection of educational and promotional films about driver safety, new developments in traffic lights and the latest in automotive technology between 1930 and 1970. The program is a tie-in to the museum's Route 66 exhibition, which closes on Sunday, July 16. Admission is free.