People of Earth! As you undoubtedly already know, the RFT Music Showcase takes over the Grove this Friday and Saturday (June 16 & 17). But if you don't want to be transported beyond the pale by the ethereal sounds of Grandpa's Ghost or be enchanted by Middle Class Fashion, you got options. It's a busy weekend, so get out there and stay hydrated.


1. See three new operas written by contemporary female composers
Opera is often perceived to require a large time commitment, as shows commonly stretch to three or five hours (looking at you, Wagner). But it needn't be that way. St. Louis' own Gateway Opera makes a practice of mounting shows that may only run for twenty minutes. The company's new show Mayhem à la Femme blazes through three operas in the time it takes most operas to get to the second act. D. Jasper Sussman's A Shell of a Troll is an absurdist take on murder-mysteries that tells the story of one Sunday afternoon in the life of the wealthy troll, Senator Pompe. Caetlyn Van Buren's update of Pauline Viardot's Cendrillon is about a would-be political activist who is forced to take care of her useless sisters and father when she wants to be enacting social change in the streets. She resorts to sending political screeds to the palace, which eventually catch the attention of the Prince. Dale Trumbore updates a dozen fairy tales in her opera Snow White Turns Sixty, which sees familiar characters learn something new about their own well-worn stories. Mayhem à la Femme is performed at 8 p.m. Friday and Saturday (June 15 and 16) at the Chapel (6238 Alexander Drive; www.gatewayopera.org). Tickets are $20.

2. Watch the U.S. take on the world in arena soccer
The Major Arena Soccer League (MASL) is currently on summer break, but that won't stop them from taking to the pitch. The MASL International Challenge is the league's all-star game, which uses a USA versus the World format. The St. Louis Ambush's own Victor France will play for the World Team, and he won't have to travel far to get to the game — it takes place at 7:35 p.m. Friday, June 16, at the Ambush's home field, the Family Arena (2002 Arena Parkway, St. Charles; www.familyarena.com). Tickets for the game are $12 to $22. If you think you have what it takes to play, you can try out at the Player Combine from 2 to 6 p.m. Select players will receive invitations to preseason camps, and the four most skilled players will be asked to participate in the International Challenge game.

3. Remember the 49 people killed in the Pulse Nightclub shooting
It's been one year since the Pulse Nightclub shooting. Does it seem longer ago than that, or is it still fresh in your mind? Memory is a tricky thing, and it becomes easier to forget what happened as we move farther away from the incident. After Orlando is a collection of short plays written not long after those 49 people were gunned down while dancing. These works were written to fix the massacre in our collective memory and to commemorate the lives that were cut short. That Uppity Theatre Company, R-S Theatrics, St. Louis Pride Festival and St. Charles Pride Festival have joined forces to present a staged reading of excerpts from After Orlando at 7:30 p.m. Friday, June 16, at the Contemporary Art Museum St. Louis (3750 Washington Boulevard; www.camstl.org). Admission is free, but you'll need to go through CAM's website to reserve a seat.

4. Eat a little bit of everything downtown
Kiener Plaza (Seventh and Market streets; www.tasteofdowntownstl.com) is back in commission, and the summer festivals planned for the site are stacking up. The Taste of Downtown STL takes over the newly-refurbished plaza from 11 a.m. to 8 p.m. on Saturday, June 17. This celebration of downtown restaurants and retailers features live music, local artists and food and beverages from a double handful of eateries. On the menu are Drunken Fish, Bootleggin' BBQ, Porano Pasta, the James Beard award-winning Gioia's Deli and many more. Admission is free, but you'll need money to buy food and drink tickets. Your best bet is the Schlafly VIP pass ($60), which gets you four Schlafly beer tickets, eight food tickets and several other treats that, a la carte, would add up to $100.

5. Spend an evening with the Talking Heads
The late Jonathan Demme caught the Talking Heads at the height of the band's powers in his 1984 concert film Stop Making Sense. He also forever cemented frontman David Byrne in the public's memory as "the guy who can't find a suit his size," which speaks to the lasting power of the film. But forget Byrne and his sartorial woes; the real star is criminally under-appreciated bassist Tina Weymouth, who drives the band's nervous take on funk and twitchy new wave music with her inventive playing. The Webster Film Series screens Stop Making Sense at 8 p.m. Saturday, June 17, at Webster University's Moore Auditorium (470 East Lockwood Avenue; www.webster.edu/film-series) as part of its Jonathan Demme tribute series. Tickets are $5 to $7.

6. Watch a man avenge his best friend
Wee Thomas might be the most important living being in Inishmore. The black cat is the only loyal companion of Mad Padraic, the most feared member of the Irish National Liberation Army. When Padraic is informed that someone killed Wee Thomas, he drops everything to track down the killer — and Padraic's methods of investigation are astonishingly brutal. He carves a bloody path through Inishmore's underworld, never stopping long enough to question why his beloved cat was killed. That just might be a mistake. Martin McDonagh's grisly The Lieutenant of Inishmore is the debut production for Theatre Macabre, a new group with a penchant for the darker side of life. The Lieutenant of Inishmore is performed at 8 p.m. Thursday through Saturday and at 2:30 p.m. Sunday (June 15 to 25) at the Kranzberg Arts Center (501 North Grand Boulevard; www.kranzbergartscenter.org). Tickets are $20. 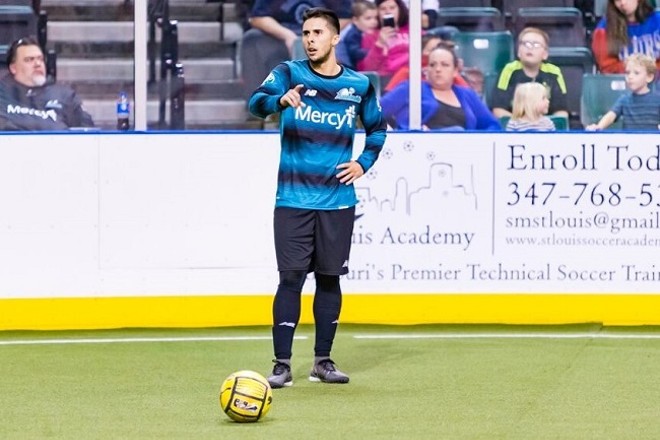 7. Head back to the beach
The gentlemen of RiffTrax are throwing a Summer Shorts Beach Party, and everybody is going. Mike Nelson, Kevin Murphy and Bill Corbett, the stars of the second iteration of Mystery Science Theater 3000, are joined by original MST3K mad scientists Trace Beaulieu and Frank Conniff, and Trace's TV mom Mary Jo Pehl, to verbally de-pants a hand-picked selection of educational shorts. And at no added cost to you, the best-dressed man in entertainment, Paul F. Tompkins, will show up at some point to add his two cents. The RiffTrax Summer Shorts Beach Party is broadcast live to select movie theaters at 7 p.m. Thursday, June 15, and then repeats at 7:30 p.m. Tuesday, June 20. You can see both showings at the Marcus Wehrenberg Ronnies 20 Cine (5320 South Lindbergh Boulevard; www.fathomevents.com). Tickets are $14.

8. Take a trip under the sea
The Muny continues its season with Disney's The Little Mermaid, which was something like the Frozen of its day, only wetter. Ariel is a mermaid princess who is fascinated by the world above water and its strange people — particularly, the handsome Prince Eric. She makes a bargain with the sea witch, Ursula, to transform her tail into human legs so she can meet the man of her dreams. But Ursula's bargain requires Ariel to win his love in just three days, or her soul is forfeited to the sea witch. The Little Mermaid is suitable for young theatergoers, and makes a good introductory show for kids. The Muny performs The Little Mermaid at 8:15 p.m. nightly, Tuesday through Thursday (June 20 to 29) at the Muny in Forest Park (www.muny.org). Tickets are $15 to $95.

9. Add some music to your day
If you've ever dreamed of going on the road to follow a band but couldn't pick just one, Wednesday, June 21, is the day your dreams come true. St. Louis celebrates its second Make Music Day with free concerts all over the city all day long. As just one possible itinerary, you could start in the Central West End at Straub's (302 North Kingshighway) with the standards and classical music of the Gateway Festival Orchestra, which will be performing from 11 a.m. to 1 p.m.. Trek on down to the National Blues Museum (615 Washington Avenue) for the jazz stylings of Sharon Hazel, who starts at 3 p.m. Hustle back to Grand Center by 7 p.m. for Raw Earth, which performs its take on Celtic and Middle Eastern music at 7 p.m. Almost 40 artists have signed on to perform; visit www.makemusicstl.org to see the full slate and to plan your day.