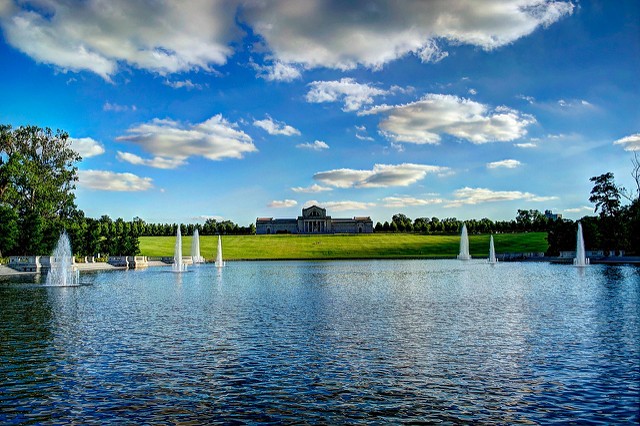 News flash, St. Louisans: you live near one of the most beautiful city parks in the world.

And no, that's not just hometown bias. Last week, Fodor's Travel published a list of the "World's 15 Most Beautiful City Parks." The travel company highlighted parks across the globe that have become attractions in and of themselves — "from a Canadian wilderness retreat with wooded seaside pathways, to a colorful architectural mecca in one of Europe’s most vibrant cities." And sitting on that list among glorious parks in Melbourne, Rome, São Paulo and more is none other than our very own Forest Park.

"It’s easy to spend an entire day in Forest Park," Fodor's Travel explains. "Located on the outskirts of downtown St. Louis, the park boasts 1,300 verdant acres and five major cultural institutions, including an art museum, outdoor ice rink, and city zoo. Visitors can picnic on green hills or take a paddleboat ride through sparkling blue ponds. For those who prefer a more active itinerary, a dual path provides ample opportunity for running and biking."

Here at the RFT, we could brag about Forest Park for a lot longer than that one paragraph — but hey, Fodor's isn't wrong!