Wash. U Has Most Beautiful College Campus in Missouri, Says Buzzfeed 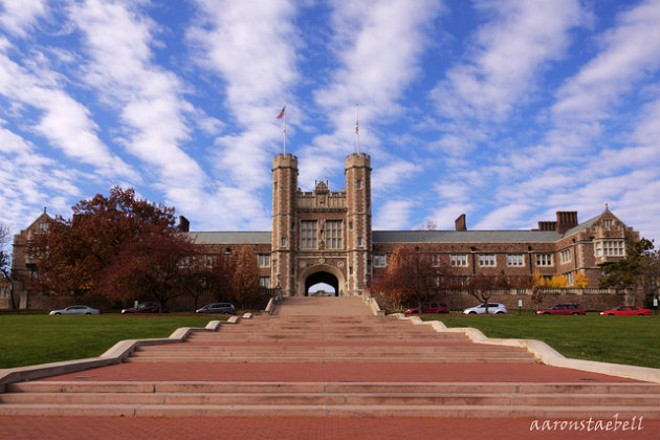 In addition to Wash U.'s stunning campus, Buzzfeed made note of how the university has hosted more presidential and vice-presidential debates than any other institutions in U.S. history. The 2016 debate between presidential nominees Hillary Clinton and Donald Trump is the most recent and probably most likely to come to mind, but Buzzfeed notes how Wash U. was also the host of the first televised three-person debate, which included President George H. Bush, Bill Clinton and Ross Perot.

As for our neighbors in Illinois? University of Chicago was named the most beautiful campus in the state. However, its fun fact is anything but a source of pride:

"This prestigious university's motto is 'let knowledge grow from more to more; and so be human life enriched,'" Buzzfeed writer Hannah Loewentheil writes, "but you'll probably be more likely to remember the unofficial motto, 'where fun goes to die.'"

'Where fun goes to die?' Um, no thanks. We'll stand by Missouri this time.