VW Enthusiasts to "Think Small" in Maplewood This Weekend 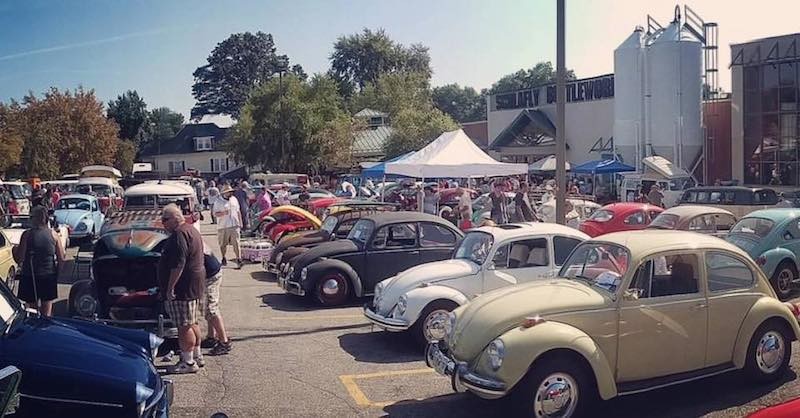 From Pez dispensers to “Mr. Belvedere,” seemingly every memorable idea in history has its own rabid fan base. It’s no surprise, then, that Volkswagen cars and buses have hundreds of devotees throughout the St. Louis area alone.

Now, after holding onto their beloved Beetles for decades, area car collectors are planning to celebrate the German automaker with the Spring Thing VW Show this Saturday, May 6, at Schlafly Bottleworks in Maplewood.

“The vintage Volkswagen scene definitely has a cult following to it,” says Russell Gelbach, co-organizer of the event. “ It’s just one of those things where somebody knows somebody, and the next thing you know, there are four or five [people] you’re hanging out with that all have buses or Beetles or some sort of Volkswagen. But there’s definitely a big following here in St. Louis.”

Gelbach and two friends formed their Volkswagen appreciation club, Air Cooled Techniques, after meeting in college in Iowa, not realizing just how much the idea would take off in the Midwest. After hosting a number of successful car events in that region, Gelbach moved to St. Louis, where he and event co-organizer Jody Grone are welcoming VW collectors to show off their goods and bond over a shared love of smooth steel.

“We have all kinds, from doctors and lawyers to kids trying to get a car to drive, working on it themselves,” Gelbach says. “And I mean, word of mouth is big. I’ve met people at gas stations, and they’re like, ‘Oh, so-and-so over here has one!’ And next thing you know, you’ve been hanging out at their house for an hour and know their whole life story.”

Volkswagen wasn’t always this popular. The German company faced difficulties both during and after WWII, affected by Nazi schemes, parts shortages and bombed-out factories. But Volkswagen grew into an icon in the ‘50s and ‘60s, with Americans associating its cars with quirkiness and freedom thanks to those memorable “Think small” ads. Today’s fans are all ages, Gelbach says, and they connect with the car’s shape and its nostalgia. 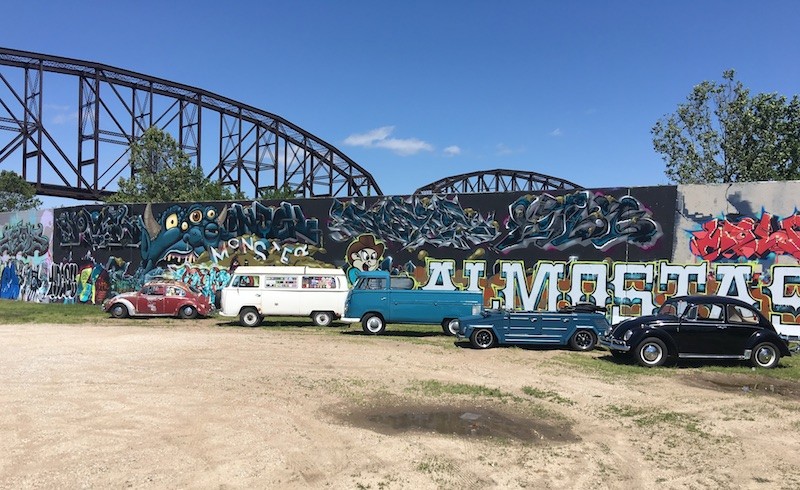 Gelbach and Grone, who have a 1969 Westfalia camper bus and a 1967 Beetle, as well as more modern vehicles, say that one of the draws to a VW show is seeing everything from by-the-book classic restoration to uniquely tricked-out masterpieces.

“A lot of times people add things to their vehicles, like they’ll have surfboards on top,” Gelbach says. “The funniest one was somebody had a Bug frame, and the top of the car was a telephone.”

“It was an old telephone, like a regular landline, but kind of a retro ‘70s, and it was red. The guy actually raced it in a slalom race at the show,” Grone adds. “There’s just such a variety of different types of vehicles that people bring,”

And certainly, with some original VW owners being teens in the car’s heyday, many of those vehicles have seen quite a bit of action.

“We were somewhere in the Beetle, and a couple of older ladies walked by and said, ‘You sure can’t fog the windows up in those things!’ That one stuck in my head,” Gelbach laughs.