Lena Dunham Will Kick Off Her New 'Variety Show' in St. Louis Next Month 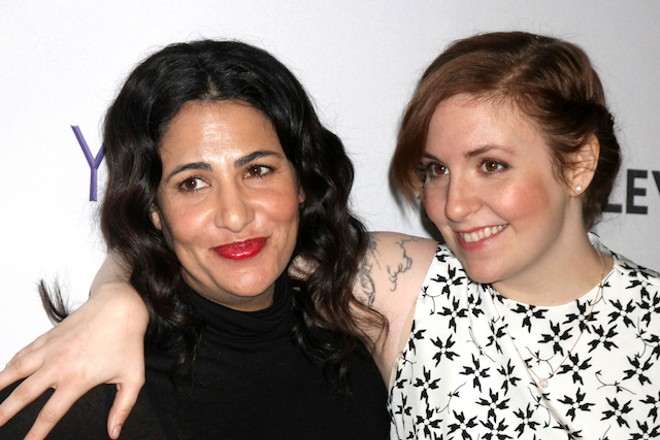 The most controversial millennial in the nation is hitting the road — and she's kicking things off in St. Louis.

Lena Dunham — the creator, writer and star of HBO's Girls, as well as the subject of a million think pieces — announced this morning that she and Jenni Konner are bringing her feminist newsletter Lenny Letter to life as a "variety show." And they'll be kicking things off May 31 in St. Louis.

The St. Louis show will take place at Sheldon Concert Hall, according to Entertainment Weekly. (It does not yet appear on the Sheldon's calendar.) From there, Dunham and Konner will barnstorm cities in the middle of the country: Chicago, Milwaukee, St. Paul, Des Moines and Lexington.

Dunham told the AP that geography is intentional: "We really wanted to try to be a part of, in our own small way, healing the very big divide that exists in our country right now. We're trying to look beyond the coastal states and really think about connecting to women, to people, in the middle of the country."

Still, the lifelong NYC resident says you should expect consensus, not controversy.

"It's political, but we're also trying to bring up issues that you can't really argue with," Dunham said. "For example, a portion of our proceeds are going toward arts education organizations for girls in every city. People have a lot of really split opinions on social politics, but you basically have to be a mustache-twirling villain to have a problem with girls receiving arts education."

Uh, Ms. Dunham? Have you been to Jeff City lately? Here in the Midwest, our villains do have mustaches, and last we heard, parental leave was the road to Marxism. Arts education + women sounds like a recipe sure to conjure up the ghost of Madalyn Murray O'Hair.

Seriously, sounds like someone needs to get out of her East Coast bubble already. We'll be happy to show this naive li'l New Yorker the real America come May.