Through FORAI, Refugees and Immigrants Find Success Working with Their Hands 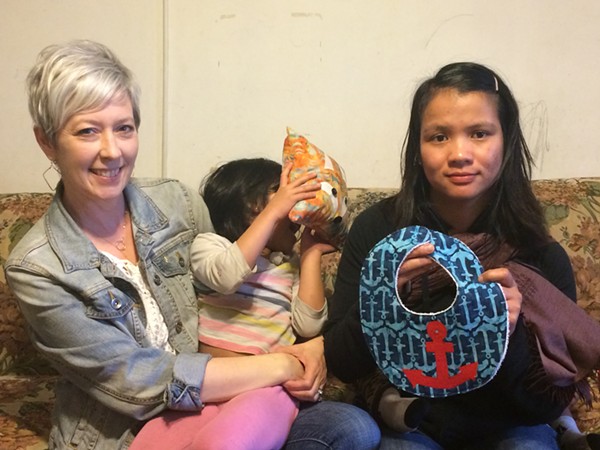 In a room located on the top floor of New City Fellowship in Tower Grove South, refugee women and volunteers sit at a table working with their hands. The table contains the equipment needed to make jewelry. Hands bend wire as miniature hammers clang.

What is happening here is bigger than just jewelry, and bigger than one meeting. The collaboration between refugee women and volunteers to hand-craft beautiful items is part of a St. Louis-based organization’s mission to provide refugee women with supplemental income and a means to showcase their talents.

That organization, FORAI, or Friends of Refugees and Immigrants, began in 2008. Executive Director Jennifer Owens and her family received an email from their Christian church, New City Fellowship, asking if some families would host newly arrived refugees for Thanksgiving.

The Owenses ended up hosting two families: a husband and wife with a young daughter and a single mother with two school-aged children – all refugees from Nepal. The couple had the resources the single mother did not. They could speak English and were well-educated. She had little education and had lived in a refugee camp for seventeen years.

Owens thought about what it must be like to live that mother’s life. “I couldn’t quit thinking about it,” Owens says. “I spent a lot of time talking to other people, praying about it and wondering what could I possibly do that could help in some way.”

She settled on the idea of providing refugee and immigrant women with a place to create using their hands. The items they produced could be sold for additional income. 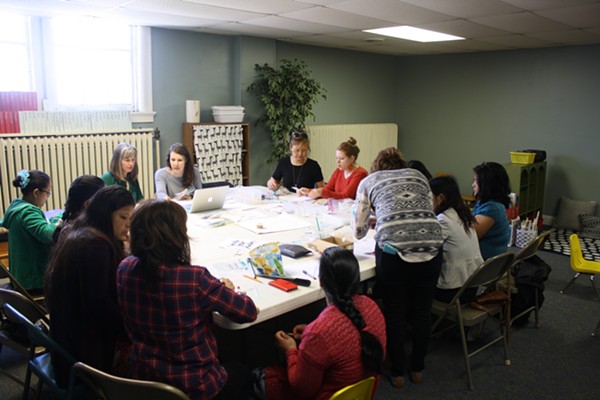 She began in the fall of 2009 with a monthly gathering on Saturday mornings, inviting refugee women with connections to her church to learn how to sew and, eventually, learn to make jewelry. From there, FORAI grew.

FORAI is founded on fair-trade principles, which hold that people in developing countries should be paid fair prices for their work. The organization “supports refugee and immigrant women as they begin home-based micro-businesses to supplement their incomes through the production of high quality, marketable jewelry and accessories,” according to its website.

FORAI has worked with close to 50 refugees, with women who came from Nepal, Burma, Bhutan, Colombia, Kenya and Togo. Owens personally meets with the women at their homes to help them in their process of creation. The organization currently works with a dozen women; some past participants have been able to find full-time employment to help sustain their families’ needs.

Originally, FORAI drew new women to its monthly meeting, which anyone could participate in. That model changed to something more selective, which involves a registration and a waiting list. They weigh a family's financial needs, its refugee status and the skill-set that women bring to the table. The more selective process is meant to advance the mission of “meaningful” income for the women, Owens says, with the goal of their handcrafts becoming significant part-time work or full-time work. They usually do not consider those who are looking for full-time work or are in dire financial straits, because the organization cannot provide that level of income.

“If we limit the number of women, each woman makes more money than if we open it up to as many woman that want to be involved,” Owens says.

One of the dozen women Owens currently works with is Ning Lam Lun, who fled Burma when she was seventeen. She moved to Malaysia and met her husband before finding asylum in the United States. Her husband works full-time while she takes care of her two small children and makes crafts, with FORAI's help, in her home. Her creations include a small decorative pillow with the face of a fox and a blue bib patterned with anchors. A red anchor sits at the center.

Lun came to St. Louis not knowing any one or anything about the language. She cannot work outside the home because childcare is too expensive. Yet through FORAI, which she has been involved with since 2010, she has found something that makes her, as she says, “happy.”

Happiness is a theme that runs through the organization's work. Jewelry coordinator Jocelyn Meyer, who comes up with new jewelry designs and organizes the meetings where jewelry is made, takes joy in the women's reactions — both to the work and to the finished product.

Next week, FORAI will partner with Zee Bee Market, the retail store on South Grand that specializes in handcrafted and fair trade gifts, for the Giving Back Days initiative, a week of social enterprise that encourages philanthropy and fair trade. From April 25-28, Zee Bee Market will be donating 15 percent of all in-store and online sales to FORAI.

For more information on FORAI, their products and how you can get involved, visit their website at www.forai.org.