St. Louis Zoo Is Officially the Best Zoo in the Country 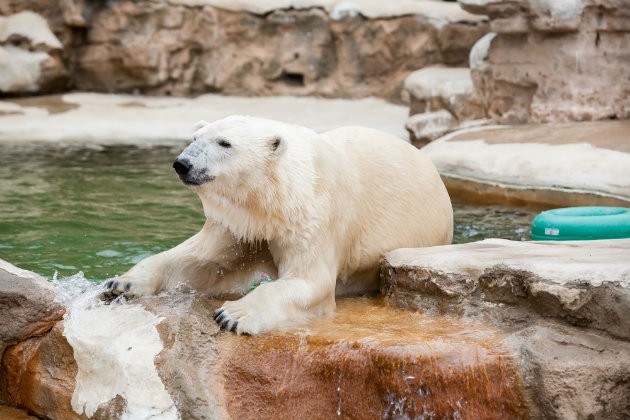 The Saint Louis Zoo was officially named the best zoo in the country today. The zoo took first place in USA Today's "10 Best" contest, which asked readers to vote for the best zoo out of twenty contestants. For about a month, people were welcome to vote once per day for their favorite zoo.

St. Louis was in the running with top-notch zoos from around the country, including Disney's Animal Kingdom and Busch Gardens Tampa Bay. Those vacation hot spots didn't make the top ten, however — Omaha's Henry Doorly Zoo & Aquarium and the Arizona-Sonora Desert Museum took second and third place, while zoos in San Diego, Chicago, New Orleans, Cleveland, Fort Worth and Columbia, South Carolina filled out the top rankings.

This win has been a long time coming. USA Today held the same 10 Best contest in 2014, and St. Louis took second place to Toledo Zoo. But that zoo didn't even appear as a voting option this time around, and now we can proudly declare that all injustices have been righted. Take that, Toledo!