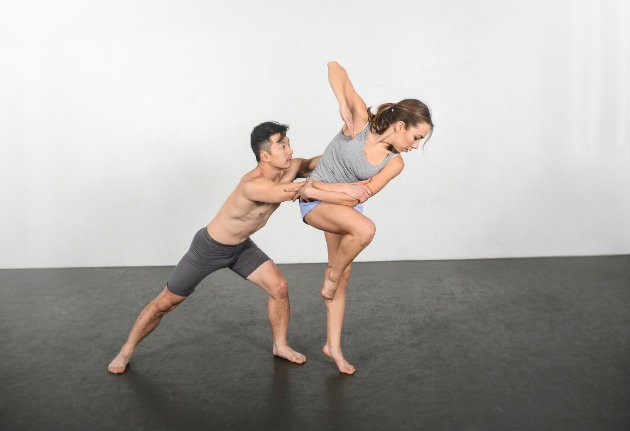 If you've ever wanted to change something about your life or the world (and really, who hasn't?), this weekend may be just the motivation you need.

That's because Consuming Kinetics Dance Company is presenting its latest dance concert, [re] define, at the Kranzberg Arts Center. The evening of contemporary dance will feature pieces inspired by a variety of subjects — and challenge the way we define them in life.

"In lieu of our normal description of the concert, what we came up of what just a list of thoughts and words that we wanted people to consider when they come to the show," artistic director Arica Brown says. "That list contains things like 'redefine values,' 'redefine stereotypes,' 'redefine happiness,' 'redefine relationships,' 'redefine strength,' 'purpose.' All of those themes will appear in the evening of dance throughout the different choreographers’ pieces."

"In the end she quite literally breaks free from the other dancers’ grasp and decides that she doesn’t need, as the title suggests, codependency. She can be independent without the assistance of these other relationships," Brown says.

You'll see other themes take the spotlight throughout the evening as well. One piece, titled "Moments [in] Between," uses soft, light movement to reflect on the little moments in life that make us happy. Yet another piece, titled "Circum [stance]," focuses on people trying to break free from what society wants them to be. That's showed through powerful movement, pushing and pulling motions, and the way the dancers thread in and out of one another.

[re] define isn't the only event on the company's calendar in the near future. In addition to upcoming performances, including ones at National Dance Week and Earth Day, the company has already booked its 2018 season. Now a .Zack resident, CKDC has largely outgrown the seating capacity of the Kranzberg Black Box and so has scheduled two of its four concerts next season at the Marcelle. The company is even having a mid-season audition on April 14 for one male and one female dancer to join the company — hint hint to you professionals out there.

In the meantime, however, the company is focused on this weekend's three performances. Brown says that no matter what people are facing in life, the concert should resonate with them at some point. “Hopefully it will give them the opportunity to reflect on anything in their life that they want to redefine."