How a St. Louis Nonprofit Is Helping Ethiopian Girls Stay in School

It started, as many things do, with a personal connection. For Dr. Lewis Wall, the "person" in "personal" came from a dynamic Ethiopian woman named Freweini Mebrahtu.

Wall, a Washington University OB/GYN and professor of anthropology, met Mebrahtu while he was in Ethiopia on a Fulbright grant in 2014. Now he calls her one of his best friends, and the two are working together to supply young women in Ethiopia with something many of us take for granted: menstrual pads.

In Ethiopia, the cost, stigma and lack of education around sanitary pads are a barrier to nearly 18 million women and adolescent girls. As a result, they often go without the proper hygienic products and resort to unsanitary and ineffective alternatives.

Mebrahtu was already tackling that problem when Wall landed in her country. As the founder of the Mariam Seba Sanitary Products Factory, she was manufacturing reusable pads, which she then gave away to women's prisons and schools.

After his return to the United States, Wall and his wife, Helen, founded Dignity Period with a clear mission in mind: distribute the pads and provide menstrual hygiene education to schoolgirls in the rural Tigray region of Ethiopia. 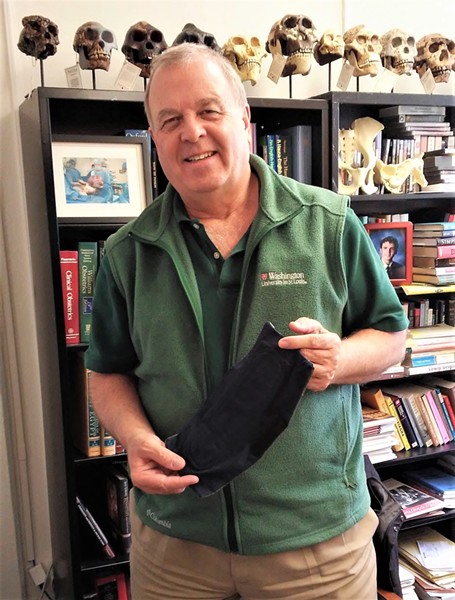 “We saw what she was doing, and we said, ‘We have to find a way to get more pads out there,'" Wall explains.

Mebrahtu says her mission stemmed from her personal experience.

She and her friends used pieces of old clothing as pads, and scarves to cover themselves in case their clothes got stained. “You want someone to answer your million-dollar question, but you never dare to ask anybody because it is such a taboo subject.”

Mebrahtu spent a decade in the U.S., during which time she received her degree in Chemical Engineering and became a successful businesswoman. She was shocked by the options women have here — but never forgot what it was like back home.

“I remembered my first visit to the drugstore [in the United States] with my sister, and the overwhelming choices of sanitary pads, and I thought, making which to choose was a blessing. From that moment on, month after month, in my heart, I wondered about the girls back home and how they were dealing with their periods.”

Upon returning to Ethiopia, Mebrahtu used the experience she'd gained as a businesswoman to open Mariam Seba in 2009. The factory employs more than 40 women, giving them not only a wage but health care, maternity leave and a daycare center, which Mebrahtu says are revolutionary concepts in Ethiopian culture.

“For the first time [the employees] can see themselves as potential entrepreneurs, working mothers, questioners of the status quo — they can ‘be somebody’ as the result of m example in ways they had not previously considered," she says. "The importance of this for long-term change should not be underestimated.”

Each year, Mariam Seba produces more than 100,000 reusable pads; the fully washable pads are made of cotton with a waterproof backing and are secured with a button. As their target customers are poor rural and urban girls, Mebrahtu says it was important that the design allowed for a low price.

Although the pads cost nearly 90 percent less than disposables, and last more than a year, they’re still inaccessible to many.

That’s where Dignity Period comes in. Under the umbrella of the Menstrual Dignity Project, the St. Louis-based foundation works alongside Mariam Seba and Mekelle University to subsidize the cost of the pads and provide menstrual hygiene packs to girls. The packs include four reusable pads, underwear, soap and educational booklets, which are published in both English and the local language, Tigrinya. They also produce curricula for boys, which Wall says has been received well.

“They recognize this as an issue. Half of the world’s population is going to affect the other half…and in a society where men control the levers of power, they need to understand women’s issues. They’re all going to be impacted by that,” Wall says. “There’s lots of anecdotal evidence that the girls taking the booklets home starts a conversation with their family — so there’s a ripple effect that reaches males, adults, parents … just by being present in this way in the community.”

In Ethiopia, menstruation is especially controversial, with many cultural and religious taboos attached to it, which Wall attributes to a widespread deficit in understanding of female physiology. Due to the stigma and lack of clean pads, adolescent girls often miss up to five days of school a month.

“It’s the stuff Americans don’t even consider as possibilities, much less realities,” says Dr. Wall. “Dealing with [menstruation] is a significant reason for school absence in girls in Ethiopia. It leads them to fall behind in their classwork, and it appears to be one of the reasons why girls drop out of school. You’re wasting all of that potential that you should otherwise harness by not providing this.”

Dignity Period's research has demonstrated that female school attendance has improved as a result of its efforts — and Mebrahtu can attest firsthand to its success.

“The girls who received the kits would tell you that they’re finally getting their dignity and confidence,” Mebrahtu said. “Their school attendance is getting better, they are better informed and, with the sanitary kits, girls are attending their classes without worrying about accidental leakage; that means they’re able to focus on their studies and ultimately improve their school performance as well as their self-esteem.”

Dignity Period was granted its 501c3 status in December 2014. The nonprofit receives its funding primarily from its annual gala. This year’s event will be held on April 1 at the Sheldon Concert Hall (3648 Washington Blvd.), and will feature a reception, dinner and program, and a performance from jazz vocalist Denise Thimes. Tickets are available online at Dignity Period's website. The foundation aims to raise more than $200,000 this year.

“Having Dignity Period and Mekelle University as a partner is truly…the best solution in tackling the most taboo and important issues of menstruation in the developing world, such as Ethiopia,” Mebrahtu says. “We are so grateful for this remarkable organization."