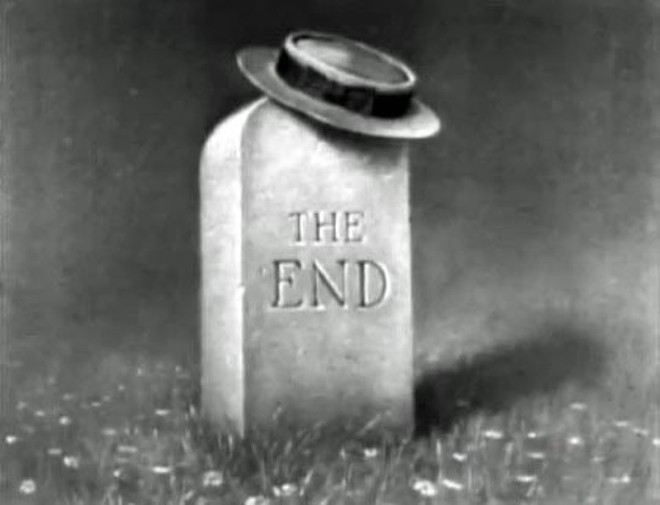 I don't remember the first time I met David Kinder, but it was probably sometime early in 1982. I had started writing film reviews for the Riverfront Times in the fall of '81 and was just starting to make connections to get onto mailing lists and into press screenings; David was running two of the most important film series in the area, one at the Saint Louis Art Museum, the other at Webster College (it wasn't a university yet).

I remember talking on the phone with him before we met and realizing that we both had been casually aware of each other in the local film scene. David had started the Webster program a few years earlier and I had briefly run a spectacularly unsuccessful non-theatrical series at a local church in 1979. I hadn't learned some of the crucial rules of non-theatrical programming, including “don't use your own money” and “never pay the catalog price for film rentals” ; David told me that every time he called a film company to ask about a film, they would brag that they already had a sucker in St. Louis who didn't even ask for a discount.

David died last week in Burbank, California. He was 69 years old and had suffered a series of increasingly dire complications from diabetes in recent years. Although he left St. Louis more than twenty years ago, anyone who was an active moviegoer in this area in the ‘80s and ‘90s is likely to remember him — and to have partaken of his programming.

As a film programmer, David was without equal. At the art museum, he programmed a complete retrospective of the films of Buster Keaton, at a time when some of the films were tuning up in Eastern Europe archives with Yugoslavian subtitles. (The best were the restored French prints from the late '60s with Claude Bolling scores and pastel-colored intertitles.) One of my favorite film memories was of a week when David was simultaneously setting up screenings for an exhaustive retrospective of British Film Institute productions while, as a courtesy to the Tivoli, also arranging previews of Rainer Werner Fassbinders's fifteen-hour Berlin Alexanderplatz. For about a week I was one of several local writers haunting the halls of Webster, alternating 16mm screenings of British films with episodes of Fassbinder.

Kinder was an early promoter of the works of Ken Burns, Les Blank and many other independent filmmakers at a time when “indie” (blessedly) had yet to enter anyone's vocabulary. He hosted a weekly series of films for children, but he was the only person I’ve ever known who claimed to have never seen The Wizard of Oz. He was also a major figure in the establishment of the annual St Louis International Film Festival and continued to serve as a consultant to the festival in recent years.

On a personal level, David became a close friend — one who very much fit the description “larger than life.” (One of my favorite memories is when one of my sons pointed out what he thought was a cover story about David on the front page of the newspaper — it was actually a photograph of Luciano Pavarotti.) David seemed to know everyone in town and had an endless supply of amazing stories, including the best “How Sgt. Pepper changed my life” anecdote I've ever heard. Once I asked him if he was familiar with the Washington Terrace clock tower in the West End; it turned out he had once lived in it. Only David.

I miss his passion for films and for life and offer my condolences to his three children.