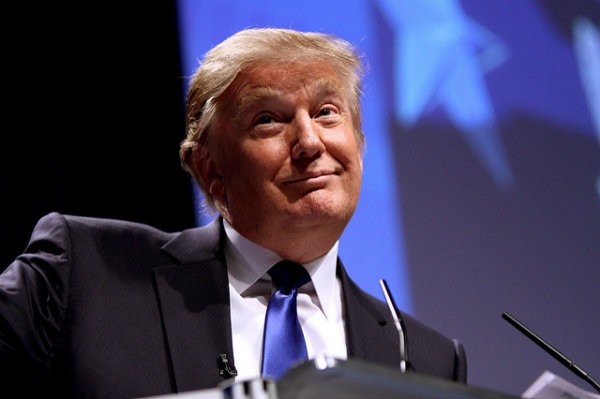 Many things have changed since Donald Trump's election in November — even what we're searching for on Google.

That's according to a study published by Estately on February 1 that investigated what each state has searched for more frequently than other states since the election. Using Google Trends, Estately examined search traffic for hundreds of names, questions and terms relating to Trump's administration and current events.

The results for Missouri?

Perhaps more entertaining, our neighbors in Illinois prioritized "Jeb Bush guac bowl" and "Martin Shkreli dog poop" in their Google searches, in addition to "Who will pay for the wall?," "Putin election hack," "refuse fascism" and "Steven Mnuchin wife."

So, what are you to take away from all this? Maybe Missouri secretly has a love for Trump drama. Maybe that we're particularly impressed (or appalled) that Sean Spicer apparently chews and swallows 35 pieces of gum each day before noon. Or maybe Democrats and Republicans alike can't keep up with Trump's latest executive order of the day.

But hey, no matter what insight (or lack thereof) that you gain from this list, just remember: At least we're not Connecticut, which disproportionately Googled "What are refugees?" Really, guys??