7 Things to Do This Weekend — Super Bowl Not Included 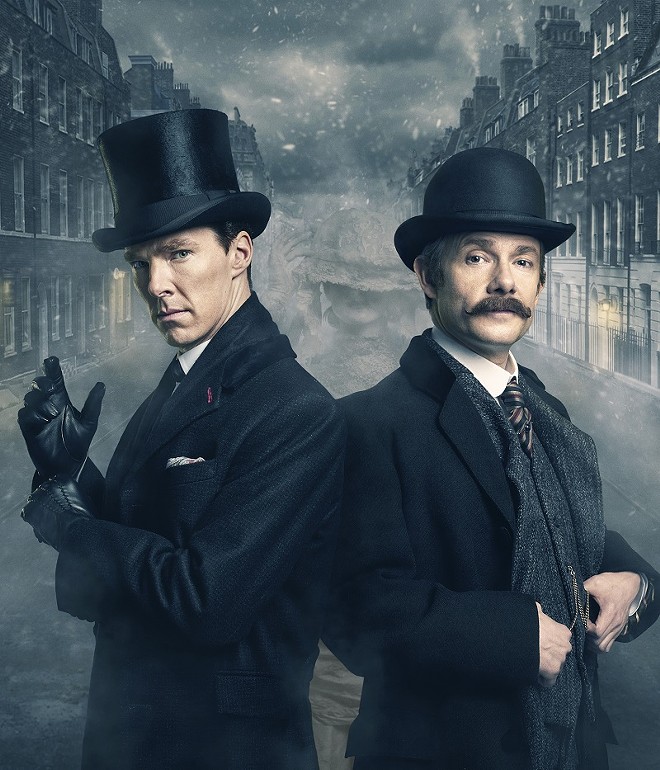 Maybe you're not into the NFL — or maybe you're just happy to squeeze some arts and culture in before you watch a bunch of overgrown men work things out on the gridiron. Either way, if you're looking for something to do in St. Louis this weekend, we've got options.

1. See a classic play in an intimate setting
Nora Helmer has everything: a husband due for a large promotion, three lovely children, a good friend and a troubling secret. Several years ago Nora committed forgery in order to secure a loan that paid for her husband Torvald's medical treatment. Doing so saved his life, but now her deception may come to light thanks to a blackmailer. Nora must figure out a way to preserve Torvald's ignorance of the crime, because he will surely take his own life to blot out the stain on his honor if she's exposed won't he? The unflinching portrayal of husbands and wives in A Doll's House horrified 19th century audiences, and Henrik Ibsen's play still retains its stinging power. Stray Dog Theatre presents Frank McGuinness' adaptation of A Doll's House at 8 p.m. Thursday to Saturday (February 2 to 18) at the Tower Grove Abbey (2336 Tennessee Avenue; www.straydogtheatre.org). Tickets are $20 to $25. — Paul Friswold


2. Revel in butterflies at MoBOT
You may think of Mardi Gras as purple, green and gold, but what about blue? The Butterfly House hosts Morpho Mardi Gras: Bugs, Butterflies and Beads. Experience the joy of watching more than 1,000 gorgeous Blue Morpho butterflies flap their wings, and participate in some Mardi Gras-related activities, with one of the most interesting being creating your own masquerade mask. Also on display will be a large Blue Morpho sculpture by Craig Mitchell Smith, best known for his glass art. Morpho Mardi Gras takes place from 10 a.m. to 3 p.m. Tuesday through Sunday (February 1 through March 31) at the Butterfly House (15193 Olive Boulevard, Chesterfield; www.mobot.org). Admission is $4 to $8. — Bill Loellke


3. Jones on Sherlock Holmes at the Science Center
Sherlock Holmes is a giant in the world of fiction. He has traversed all media, from the popular Sir Arthur Conan Doyle books to the Benedict Cumberbatch television series. Fiction's greatest detective now becomes the subject of an investigation when the St. Louis Science Center (5050 Oakland Avenue; www.slsc.org) hosts its latest First Friday, I Am Sherlocked. Experts from around the community will break down the forensic science of intricate detective work, and participants will try to solve a mystery, just like Holmes. Screenings include episodes of Cumberbatch's Sherlock and the 1987 TV film The Sign of Four, starring Jeremy Brett and Edward Harwicke as Holmes and Watson. For fans of the popular detective, this First Friday is a Sherlock-lover's dream. First Friday starts at 6 p.m., and most activities are free (some require a small fee). —Bill Loellke


4. Learn about a violin's fascinating life at the Touhill
If you want a hint of what immortality is like, listen to a Stradivarius played by a gifted violinist. These instruments are famed for their intonation and voice, and because of that they're passed down through the ages from performer to performer. Frank Almond is the current holder of the Lipiński Stradivarius, a violin built in 1715 and now worth millions of dollars. He and his Stradivari were introduced in 2008 and have been inseparable ever since, other than a ten-day period in 2014 when an ill-informed crook stole the instrument at gunpoint (there is no resale market for a Stradivari, except to another concert violinist). Almond's dedication to the long history of his instrument and its former players is the subject of his performance, A Violin's Life. He discusses its storied history, including stints with Giuseppe Tartini, Karol Lipiński, the Röntgen family, Evi Liivak and Eduard Toubin, and performs selections composed by and made famous by these fellow musicians. A Violin's Life is presented at 8 p.m. Friday at the Touhill Performing Arts Center on the University of Missouri-St. Louis campus (1 University Drive at Natural Bridge Road; www.touhill.org). Tickets are $15 to $29.— Paul Friswold 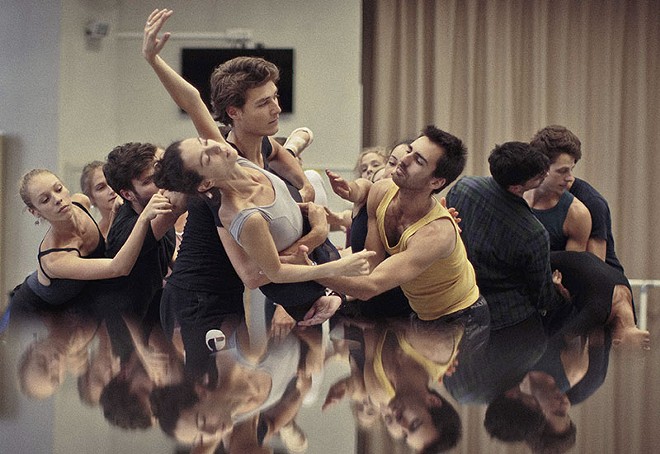 5. See a film about ballet
French choreographer Benjamin Millepied is perhaps best known for his work in the film Black Swan, both for playing the role of the Prince and for choreographing all the dance scenes. In Thierry Demaizire and Alban Teurlai's documentary Reset (Relève: Histoire d'une création), we witness Millepied create his first ballet for the Paris Opera Ballet as artistic director. Reset takes you deep into the process of how a ballet is created, from the selection of dancers through rehearsals, the lighting design and even the construction of the stage. The Webster Film Series screens Reset at 7:30 p.m. Thursday to Saturday (February 2 to 4) at Webster University's Moore Auditorium (470 East Lockwood Avenue; www.webster.edu/film-series). Tickets are $5 to $7. — Paul Friswold

6. Catch a play about the complexities of being a woman
Broken hearts bring ten women together in Samantha Macher's To the New Girl. In this series of ten monologues, women ranging in age from their late teens to mid-sixties directly address the wives or mistresses of their former husbands. This benefit production by the Tesseract Theatre Company finds women offering both sound advice and firm warnings to the rivals who stole their former loves' hearts. All proceeds from the performances will go to the L.E.A.D. Institute (Leadership through Education & Advocacy for the Deaf). To the New Girl is performed at 8 p.m. Friday and Saturday and 4 p.m. Sunday (February 3 to 12) at the .ZACK building (3224 Locust Street; www.tesseracttheatre.org). Tickets are $10 to $15. — Bill Loellke


7. Marvel at the orchids at MoBOT
Just as winter becomes dreariest, the Missouri Botanical Garden (4344 Shaw Boulevard; www.mobot.org) provides some much-needed color to our lives. The annual Orchid Show and sale brightens the Orthwein Floral Display Hall with a selection of orchids from the garden's growing collection. The blossoms on display rotate during the exhibition, so repeat visits will be rewarded with new sights. The orchid show is open from 9 a.m. to 5 p.m. daily (February 4 to March 26). Admission is $5 plus regular garden admission ($3 to $8).— Paul Friswold