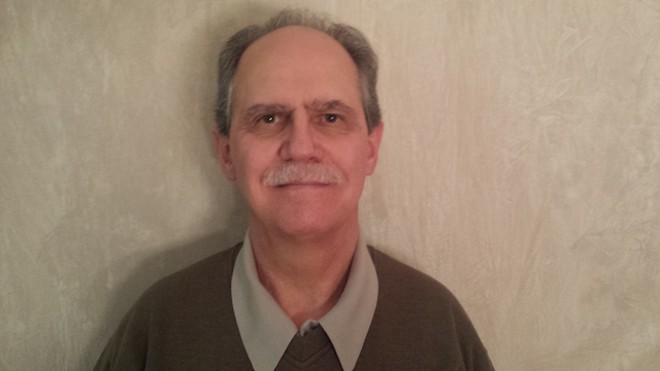 Like a lot of kids in the pre-Internet age, Bob Stretch grew up reading the funny pages. "We were a two-newspaper family — the Post-Dispatch and the Globe-Democrat," he recalls. Unlike most kids, though, Stretch took things a bit farther — painstakingly copying the strips and dreaming of work as an artist.

He got his bachelor's degree in fine arts at what was then Southwest Missouri State, but real life called: He got married, had three kids and worked for 32 years as an account executive at a custom publishing company. Now 63, he lives in the Oakville area of south St. Louis County.

But in recent years, Stretch's wife began to encourage him to revisit his art, and he again found himself drawn to cartooning. He used to noodle around with a character named Streak — "my cartoon alter ego," he says — and one day, he made a one-panel cartoon featuring Streak and sent it to his friends. They liked it, so he began drawing more: three- and four-panel strips he called "Streak's Corner."

Eventually, he sought a syndicator, but admits he wasn't too surprised when he got no bites. "That's a one in several thousand shot," he says. That's when he found himself wondering: Why not the RFT? He reached out through the paper's website — and somewhat surprisingly, to all parties involved — a deal was made. Today, roughly fifteen months after that first panel he sent to his friends, "Streak's Corner" makes its RFT debut, filing the spot near the back of the paper previously occupied by "Red Meat."

"Streak's Corner" is set in a south city bar, but Stretch says it's not any one bar in particular. In his college days, he used to bartend near campus at a bar called Pop's Malt Shop, so that provides the original inspiration, but it could be anywhere south of I-44. "The south side is filled with corner bars," he observes. "In my time, it was even more so. I just drew the kind of bar I would have liked — a quiet place, with some regular characters."

Check out "Streak's Corner" beginning this week in the Riverfront Times. And make sure to check back next week and in the weeks to come. Like their illustrator, the characters at Streak's Corner have been waiting a long time for their newspaper debut.