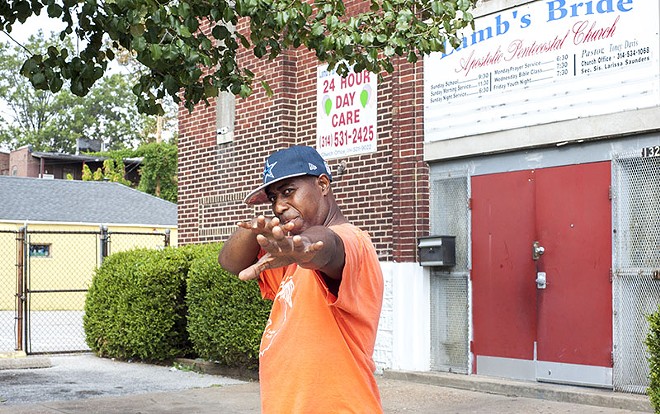 One of our favorite people in St. Louis is the star of a new short film.

The Riverfront Times featured Claybon in our 75 Reasons to Love St. Louis issue, and we're not the only ones to notice the patron saint of south city's rush-hour commuters. Budding filmmaker Christopher Hill, who works with nonprofit Mission: St. Louis, says "Brother Lewis" won him over one wave at a time.

"He wants to bring joy to people," Hill, 40, says. "I felt there was something powerful in that."

Claybon turned out to be the perfect subject for Hill, who was taking a film class through Continuity. Hill has created a project called The Storytellers and plans to highlight a different St. Louisan every month. The film about Claybon was his first one.

The result is pretty great, especially if you're like us and could use a little more Brother Lewis in your life.

THE WAVE from The Storytellers on Vimeo.

Christopher Hill is looking for other St. Louis residents to feature. Contact him through The Storytellers Facebook page with ideas.