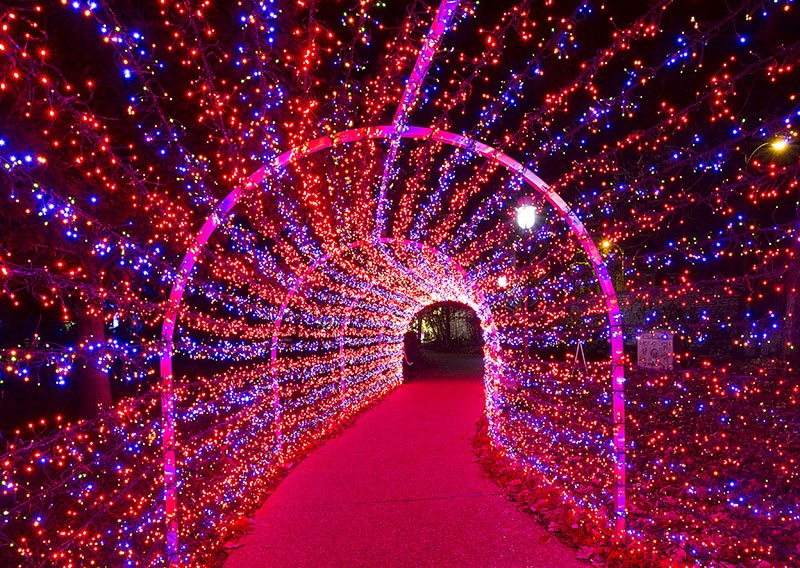 The weather is expected to take a turn for the worse this weekend, alas, but that's no reason to stay indoors. Plenty of interesting things are taking place across the city — almost all of them indoors — and none will cost you more than $20. From a tattoo expo to a chorale show at the Missouri History Museum to a boxing match for a good cause to (yes!) Garden Glow, the week has something for every taste.

Here are our top picks for this week's activities.

1. See a performance focused on the Green Book
Route 66 has been romanticized as the road that gave Americans freedom, but for most of the twentieth century the open road wasn't too friendly to minorities. Black motorists used the Negro Motorist Green Book to find businesses that would welcome non-white customers. If a hotel wasn't in the Green Book, you kept driving. Charis, the St. Louis women's chorus, presents a concert all about both sides of the Mother Road. Route 66: The Land of Many Colors includes songs about the open road, cities located on the 2,448-mile highway and songs about the uglier truths of America's past. The Land of Many Colors is performed at 8 p.m. Friday and Saturday (November 18 and 19) at the Missouri History Museum (Lindell Boulevard and DeBaliviere Avenue; www.mohistory.org). Tickets are $13 to $20.


2. See a play at the Chapel
Jo is a journalism major currently working on project arguing that random sex is the last bit of hope in our troubled society. So of course she replies to an internet ad for a brief sexual encounter that will "change the world." Marine biologist Jules placed that ad, and their assignation takes place in his basement apartment, which is also his lab. But how does the woman in the corner manipulating a series of levers figure into their hook-up? Peter Sinn Nachtrieb's comedy boom is about a mismatched couple whose one-night stand suddenly becomes open-ended thanks to forces beyond man's control. R-S Theatrics closes its season with boom. Performances take place at 8 p.m. Friday and Saturday and 7 p.m. Sunday (November 18 to December 4) at the Chapel (6238 Alexander Drive; www.r-stheatrics.com). Tickets are $15 to $20.

3. Get a crash course in a visionary
Tony Conrad was present at seminal moments in music history. He helped shape drone-cloud soundscapes with La Monte Young and a young John Cale in the early '60s in the Theatre of Eternal Music. A few years later he was in the band the Primitives with Lou Reed and Cale; Reed and Cale's next band the Velvet Underground was formed in Conrad's living room. Conrad also recorded a much-sought-after minimalist album with krautrockers Faust. He has an equally impressive track record in film, stripping the medium down to its essence in projects including The Flicker. Comprising frames of black and white arranged in a specific pattern intended to induce hallucinations, The Flicker allowed each individual viewer to see their own unique film. In between all these achievements Conrad made field recordings of New York City, television broadcasts, his musician friends and whatever caught his fancy. And yet the artist is little-known outside the world of avant-garde music or high-art filmmaking. Director Tyler Hubby wants to rectify that with his documentary Tony Conrad: Completely in the Present. Utilizing archival footage and films made by Conrad and his friends, the documentary seeks to explain the creative genius of an artist who never stopped working. Tony Conrad: Completely in the Present screens at 7:30 p.m. Friday through Sunday (November 18 to 20) at Webster University's Moore Auditorium (470 East Lockwood Avenue; www.webster.edu/film-series). Tickets are $4 to $6.

4. Check out a major tattoo expo
Just like not everybody who has an iPod is a DJ, not everyone with a tattoo gun is an artist. It takes natural talent, hours of practice and an inner drive to improve on every piece to rise to the top. The Old School Tattoo Expo is full of tattoo artists attending seminars, swapping tips and plying their trade. It features dozens of artists from both coasts and all points in between, including right here at home. This year's Old School Tattoo Expo takes place from 2 to 10 p.m. Friday, noon to 10 p.m. Saturday and noon to 8 p.m. Sunday (November 18 to 20) at the Holiday Inn Downtown (811 North Ninth Street; www.old-school.com). All three days include contests for everything from small color pieces up to full back illustrations. There's even an award for the best tattoo done at the show. Tickets to the expo are $20 for a day pass or $50 for the weekend pass.

Turn the page for more great things to do this week. 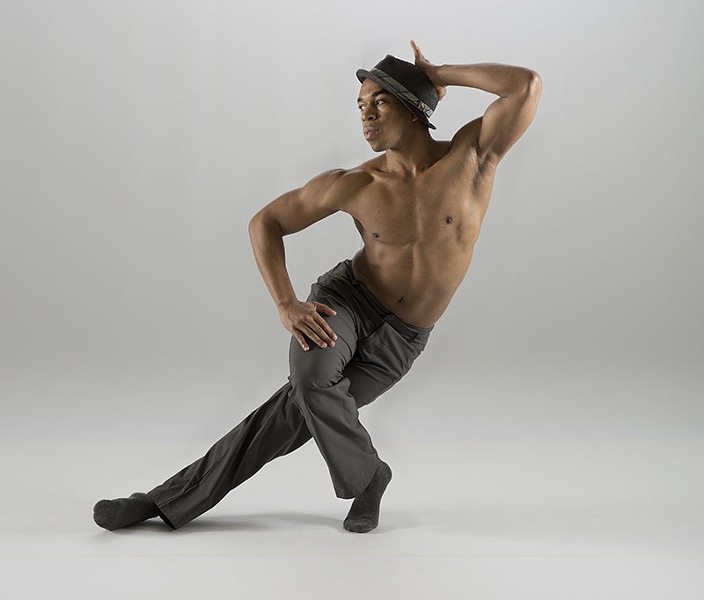 5. Enjoy Big Muddy Dance Company's season kickoff
The year may be winding down, but Big Muddy Dance Company is just getting started. The contemporary dancers embark on their sixth year of public performances with the company's season kickoff Saturday at 8 p.m. at Washington University's Edison Theatre (6465 Forsyth Boulevard; www.thebigmuddydanceco.org). The show features two world premieres and two company favorites, with choreography by Autumn Eckman, Bryn Cohn and artistic director Brian Enos. Big Muddy's Elevate Student Project opens the night with a piece by Erin Prange. Tickets for the show are $20 to $25.


6. See Garden Glow again, beginning Saturday
The Missouri Botanical Garden (4344 Shaw Boulevard; www.mobot.org) has its Christmas sweater on and is all ready for pictures. The incredibly popular Garden Glow is back in all its luminous glory from 5 to 10 p.m. nightly (November 19 to January 1; closed on Christmas Eve and Christmas Day). In addition to the million or so lights in the garden, you can purchase holiday snacks and enjoy holiday music. Tickets for Garden Glow are $3 to $18, and are sold by entry time (they're staggered in fifteen-minute intervals). It's advised that you arrive as closely as possible to that time to keep the lines moving.

7. See Gardenland Express at MoBOT
Of all the family holiday traditions in St. Louis, Gardenland Express at the Missouri Botanical Garden (4344 Shaw Boulevard; www.mobot.org) might be the most relaxing. This exhibition of G-scale trains coursing through a tiny forest of poinsettias and greenery offers a respite from the bright lights and animated displays of most Christmas-related activities. Even Santa Claus, that terror of privacy-conscious children everywhere, is absent; at worst he's reduced to a minimus, barely visible in one of the looping trains. Gardenland Express is open from 9 a.m. to 4 p.m. daily (November 19 to January 1; closed on Christmas Eve and Christmas Day). Admission is free for garden members and $5 for all others (in addition to the regular garden admission fee).

8. Contribute to a good cause at a charity boxing match
If it's the night before Thanksgiving, it means some fights are going to break out it's tradition. The Budweiser Guns 'n Hoses boxing matches return for the 30th time at 6:30 p.m. Wednesday at Scottrade Center (1401 Clark Avenue; www.stlgunsnhoses.com). Firefighters and police from the city and county departments square off in fifteen three-round bouts. These fights will raise money for St. Louis Backstoppers, the charity that aids families of officers and firefighters killed in the line of duty. Because of this year's nice round anniversary number, the evening has a retro theme celebrating Guns n Hoses 1980s origins, so wear your neon and make your hair big. Tickets are $15 to $30.