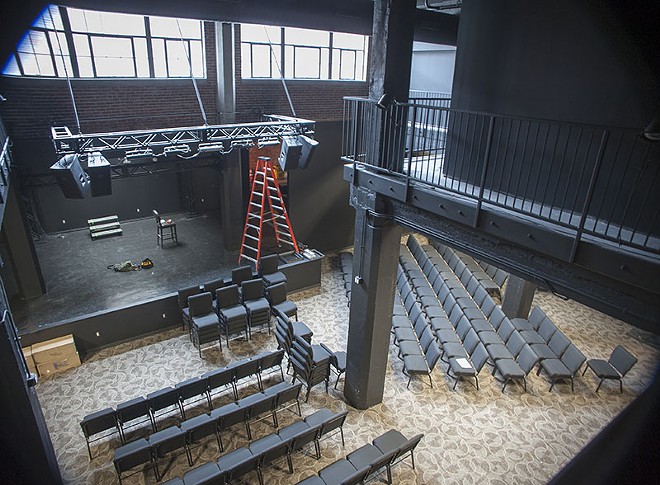 .ZACK, an arts incubator, theater and ballroom that also includes office space for resident organizations and a few other commercial businesses, too, is beginning to show its face to the public — one floor at a time.

The first and fourth floors of the 40,000 square foot space are now open, with the ones in between slotted for an early 2017 opening. The first floor, which was previously home to Plush nightclub, now includes a 200-seat theater. That part of the space will get its introduction to St. Louis movie lovers next month, as it's scheduled to host part of the St. Louis International Film Festival. A new first-floor restaurant, Turn by David Kirkland, is expected to open in January 2017.

The fourth floor is already in full swing; last week's Artists for a Cause fundraiser was held in the 5,000-square-foot ballroom/event space, which has capacity for 200 (seated) or 300 (standing). The floor also features a full bar, on-site catering and a private dressing room, complete with a sauna and rain shower for pre-event primping.

The Kranzberg Arts Foundation has provided both the inspiration and the funding for the project, which is something totally new for St. Louis.

Tenants are 75 percent non-profits, which include Ignite Theatre Company, Insight Theatre Company, the Tesseract Theatre Company, Harvey Lockhart's Heal Center for the Arts, R-S Theatrics, Theatre Lab, the Tennessee Williams Festival, Artists for a Cause Inc. St. Louis and SpecDrum, which uses African drumming to mentor children. Resident organizations are contracted for a year; they will be reevaluated annually to make sure the relationship is still beneficial.

The goal is to provide these organizations room to thrive — and an event space to host their productions and connect the public to the arts.

"Local arts are the heart and soul of this city. If the local arts flourish, the city flourishes," says Chris Hansen, .ZACK's executive director.
The project is being funded by the Kranzberg Arts Foundation, and select artwork is on display from Ken and Nancy Kranzberg's personal art collection.

See more photos of .ZACK below. 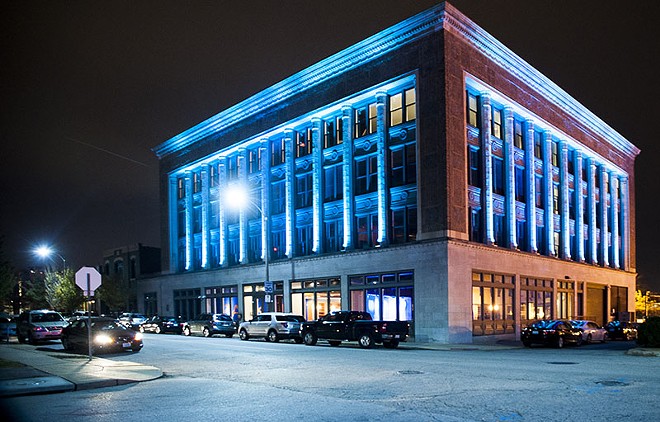 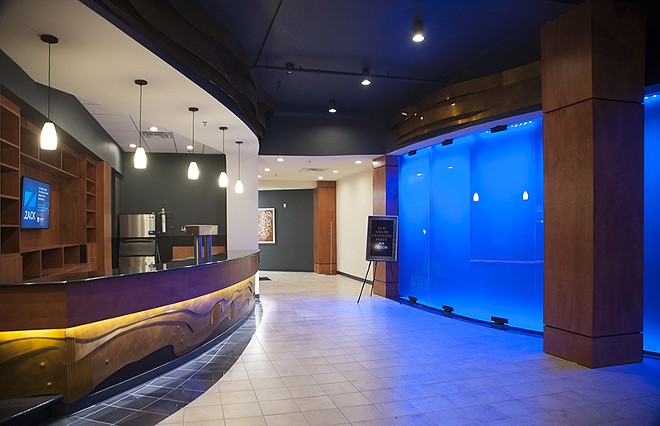 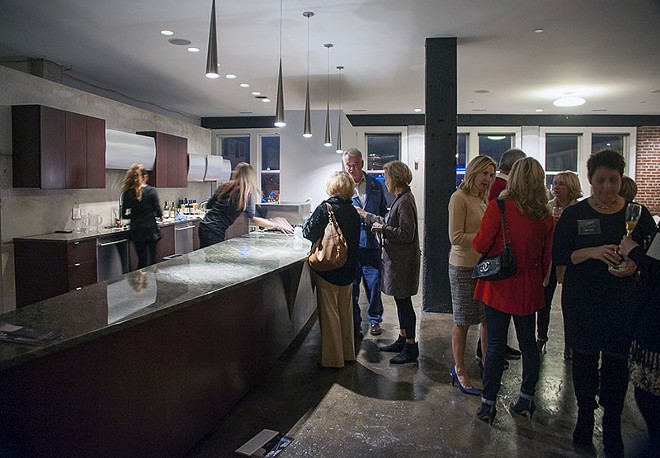 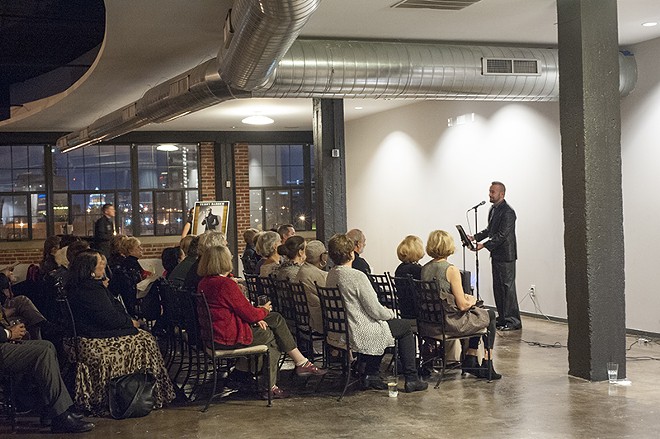 With reporting by Kelly Glueck.

Editor's note: A previous version of this story gave the wrong name for the fundraiser held at .ZACK last week. It was Artists for a Cause, not Art for a Cause. We regret the error.