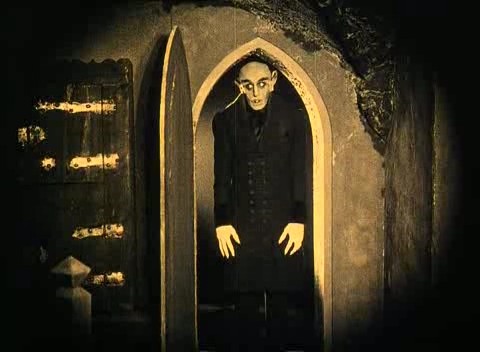 Next week is so chock-full with Halloween parties, you won't know what to do with yourself. But this weekend? This weekend has a little bit of everything.


Celebrate the city's literary heritage — and current wealth of authorial talent — at Lit in the Lou. Check out the newly reconfigured Oktoberfest in Soulard. Or even drop by 4 Hands Brewery for some good old-fashioned wrasslin' (and tunes, and food). You won't need a costume to partake in all this weekend has to offer. So what could you possibly be waiting for?

Here are our weekend top picks.

1. Partake in Lit in the Lou (or maybe just the pub crawl part)
St. Louis is a literary city. We have two strong library systems, a double handful of great independent bookstores and several long-running reading series. Adding to our bibliophilic wealth is Lit in the Lou, a celebration of authors and writers. This year's format is slightly different. Lit in the Lou opens with an opening ceremony at 7 p.m. Friday, October 21, at University City City Hall (6801 Delmar Boulevard). The event will see Patricia McKissack receive the Tradition of Literary Excellence Award. Admission is $25 and includes appetizers and live music. The book fest starts at 10 a.m. Saturday, October 22, at Jackson Park Elementary School (7400 Balson Avenue, University City) with special guest Marc Brown, author of the Arthur series of children's books. John Hendrix, Amy Sklansky, Mary Engelbreit and Bobby Norfolk will also be there, and admission is free. Also attending is Jacqueline Woodson (author of the National Book Award-winning memoir Brown Girl Dreaming), who will address young adult readers at 1:30 p.m. Admission to all events at Jackson Park is free. A literary pub crawl on the Delmar Loop rounds out the festival with authors such as Ann Leckie, Maria Balog, Jane Ellen Ibur and Qiu Xiaolong reading from their works and signing copies at businesses along the strip. The crawl starts at 5 p.m. Saturday, and tickets for it are $35; start times are staggered so you can visit all the stops. Visit www.literarystl.com for tickets and schedule information.

2. See a brand-new play at the Ivory
Holding a family together is harder than it looks, especially when tragedy strikes. Peter and Raul lead a happy life with their adopted son, Chris. When Peter's mother Emma needs help, the obligation falls to Raul, and the irascible Emma doesn't make it easy on her son-in-law. The unexpected arrival of Chris' birth father and his demand for full custody of his biological child only complicate things. Can Peter and Raul keep it together? Joe Elvis and Bart Barker's new play Famalee is about an unconventional family's fight to remain whole. Famalee is performed at 8 p.m. Wednesday through Saturday and at 6 p.m. Sunday (October 20 to 30) at the Ivory Theatre (7620 Michigan Avenue; www.three5prod.com). Tickets are $20 to $25, with cabaret seating available for $65.

3. Enjoy a Halloween classic — with a modern score
F.W. Murnau's Nosferatu may be just a rehash of Bram Stoker's Dracula with a bestial monster in place of the suave vampire, but it's a rehash with impeccable style. The silent film is moody and atmospheric, and Max Schreck's legendary performance as the foul Count Orlock is supremely eerie. It's even better with a new soundtrack. The Invincible Czars is an Austin, Texas, band that has composed a modern score for the film that incorporates violin, music box, glockenspiel and several other unusual instruments. Their music also interpolates Bela Bartok's Romanian Folk Dances. The band also encourage the audience to dress in Halloween-appropriate outfits for the screening; it should be an incredible night of sound and vision. It all takes place at 7:30 p.m. on Saturday, October 22, at Webster University's Moore Auditorium (470 East Lockwood Avenue, Webster Groves; www.webster.edu/film-series). Tickets are $10.

Turn the page for more weekend fun, including a new (to the Lou) musical.

4. Celebrate Life at 4 Hands
Donuts, beer and wrestling — the Platonic ideal of a great afternoon — come together at Beer, Food and Bodyslams, a celebration of all that is good in life. Today at 1 p.m. at 4 Hands Brewing Co. (1220 South Eighth Street; www.4handsbrewery.com), the Dynamo Pro Wrestlers will get to grapplin' in an outdoor ring set up in the street to help celebrate the release of 4 Hands' Apricot Slam beer. There will be music by DJ Billy Brown, food by Seoul Taco, Slide by Piece, Gioia's Deli and Southern, and fresh posters and t-shirts printed on-site by Art Farm. Admission is free, but you'll want to bring money for stuff like food, donuts and beer. You're encouraged to also bring a chair, because no seats will be provided.

5. See what this Oktoberfest thing is all about
Oktoberfest in Soulard is going to be a little different. It's now a fundraiser for the Soulard Business Association, the Soulard Restoration Group and the Soulard School. It still includes a lot of beer and food, plus German music and dancers, same as always. New this year is the OcTUBAfest, which is a performance by low brass musicians of all ages and skill levels. This family-friendly Oktoberfest takes place from 5 p.m. to midnight Friday and 11 a.m. to midnight Saturday (October 21 and 22) at Soulard Farmer's Market (Lafayette Avenue and South Ninth Street; soulard.ticketleap.com). Admission is free. Tickets for the VIP tent, which is only open on Saturday, are $10.


6. Check out a smart modern musical at Wash U
The Youth flees the middle-class Baptist home of his mother in pursuit of a life in music. His journey takes him from Los Angeles to Amsterdam and West Berlin, where his blackness is perceived as exotic. Female company and drugs are easy to find, but the ability to be honest with himself is more elusive. The musical Passing Strange is loosely based on the life of its composer, Stew, who combined his rock background with the theatrical acumen of his collaborator Heidi Rodewald to create a different kind of show. The Washington University Performing Arts Department presents Passing Strange at 8 p.m. Friday and Saturday and 2 p.m. Sunday (October 21 to 30) at Washington University's Edison Theatre (6445 Forsyth Boulevard; www.edison.wustl.edu). Tickets are $10 to $20.