7 Great Things to Do This Weekend for $20 or Less 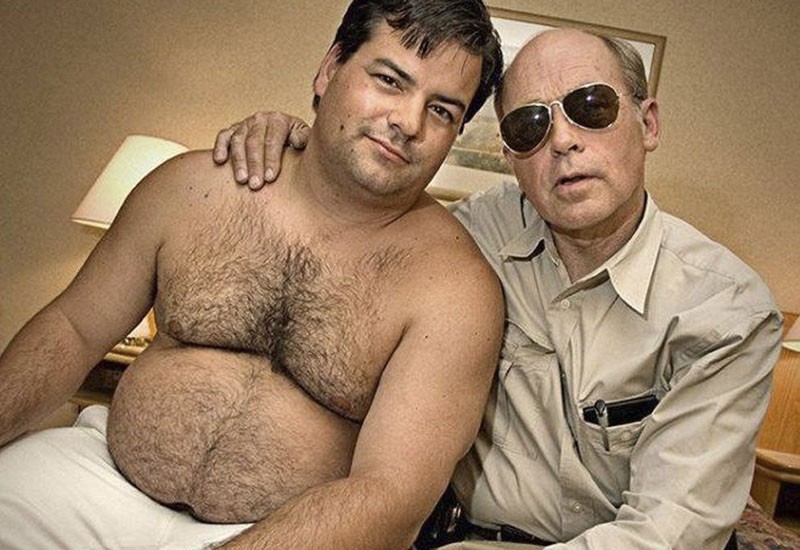 Whether you're a fan of small-batch zines or good theatre, Randy and Mr. Lahey or the immortal weirdness of Rocky Horror Show, this is a good weekend to be in St. Louis. Make plans to see a show, catch an art exhibit, or just laugh your ass off at Joe Edwards' new spot Delmar Hall — and none of it will set you back more than an Andrew Jackson.

Here are our picks for the best things to do this weekend.

1. See some Canadian hilarity at the city's newest venue
Jim Lahey and his paramour Randy are living out the greatest love story of our age. Lahey was a Canadian cop. Randy was a manwhore turning tricks for cheeseburgers on the mean streets of Nova Scotia. There was an instant and mutual physical attraction. Lahey's wiry frame and take-no-prisoners attitude intrigued Randy, whose perpetual shirtlessness draws the eye to his pony-keg-sized gut. The duo stuck together like cheese on a hamburger, even when Lahey drank himself off the force and into a job supervising the worst trailer park in Canada. Randy has helped Lahey get sober and picked him back up he fell off the wagon, and Lahey has given Randy security, stability and love — real, genuine, through good times and bad times true love. Of course, they're just playing characters on the long-running Canadian TV show Trailer Park Boys, and John Dunsworth (Lahey) is really one of Canada's most respected actors, while Patrick Roach (Randy) is an investment banker by day. But who wants reality when you can have a romance like theirs? Randy and Mr. Lahey are currently touring the country with their No Pants Unpissed Tour. It combines stand-up comedy, audience participation, some songs, some skits and some jokes into a boozy whirligig of laughs and profanity. Randy and Mr. Lahey take the stage at 8 p.m. Saturday at Delmar Hall (6133 Delmar Boulevard; www.delmarhall.com). Tickets are $20 to $25.

2. Celebrate paper at the Small Press Expo
The St. Louis Small Press Expo is a celebration of the people who make and sell their own books, comics, magazines and printed materials. It's a larger world than you might think — this year's expo features more than 80 people and collectives. Among them are Taller Leñateros, a group from Chiapas, Mexico, who have been making their own paper since 1975, and the bookbinders of BOAAT Press. You can watch both of these groups in action at the kick-off party for this year's Small Press Expo, which takes place from 6 to 10 p.m. Friday, October 14, at Pulitzer Arts Foundation (3716 Washington Boulevard; www.stlouissmallpressexpo.com). Chicago comic artist Marnie Galloway will debut her new work Burrow in a reading at the event, and poet Stephanie Ellis Schlaifer will read from her poetry collection, Cleavemark. The expo moves to St. Louis Public Library's Central Branch (1301 Olive Street) on Saturday, October 15, for the full-on show and sale of works by all participating artists. From 10 a.m. to 5 p.m. you can take advantage of seminars on digital bookmaking and desktop publishing, buy hand-made books and comics, get freshly-printed poetry broadsides and speak with the people who make them. Admission is free.

3. Learn the meaning of "Kafkaesque" with a new theater company
These are scary times to be alive. The terrors of the real world force one unnamed man literally underground, into a secret bunker of his own device. But even here our protagonist hears a scratching coming from outside his bower, a certain indicator that someone — or something — is coming for him. What is it? You'll have to buy a ticket to YoungLiars' second production, The Burrow, to find out. The one-man play is based on Franz Kafka's short story "Der Bau" ("The Burrow"), which is famously unfinished. YoungLiars go underground for this show, which takes place at 8 p.m. Thursday through Saturday (October 14 to 29) in the basement of the Centene Center for the Arts (3547 Olive Street; youngliarsburrow.bpt.me). Tickets are $20. 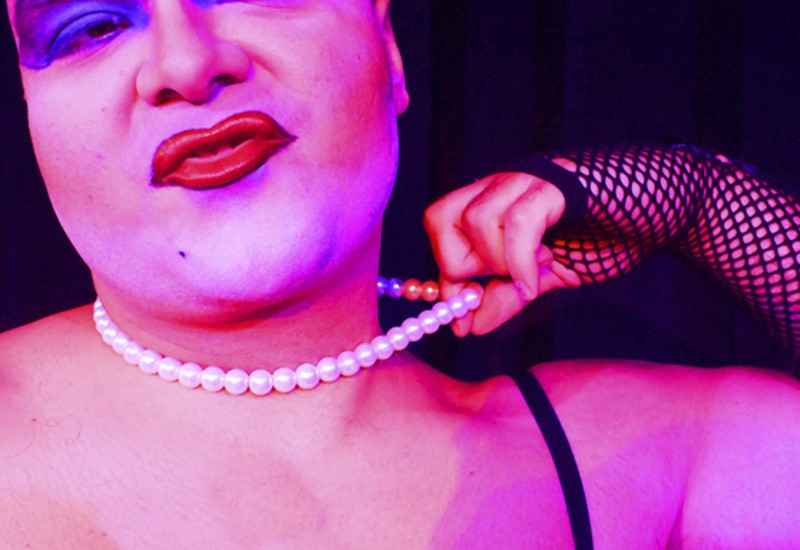 4. See a true cult classic
The Rocky Horror Show is that rare cult classic musical that deserves to be called "iconic" — it's so big, a live production of it will be broadcast on Fox later this month. Does that mean middle America is finally comfortable with Dr. Frank N. Furter? Perhaps, but nothing can replace the thrill of seeing the good doctor in the flesh — and that's where Stray Dog Theatre comes in. The company opens its new season with Richard O'Brien's Rocky Horror Show, one of the greatest live experiences you can have on this planet. Performances take place at 8 p.m. Thursday through Saturday (October 13 to 29) at the Tower Grove Abbey (2336 Tennessee Avenue; www.straydogtheatre.org). There is one additional performance at 8 p.m. Wednesday, October 26. Tickets are $20 to $25.


5. Catch a Ferguson-inspired production by an acclaimed playwright
If we have any hope of understanding what's going in St. Louis, it comes through the arts. Department of Justice reports, newscasts, lengthy journalistic breakdowns and oral histories can tell us what happened at a certain point in time, but true illumination must be found in a concert hall, in a gallery or on the stage. Playwright Dael Orlandersmith, a Pulitzer Prize finalist, visited St. Louis in order to interview anybody who was willing to speak with her about life in the aftermath of Ferguson. Her mission was not to find blame or absolve anyone of guilt — she wanted only to hear what St. Louisans had to say about St. Louis. The resulting play, Until the Flood, is a complex piece that tells the St. Louis story — which is really a series of stories — in a symphony of voices. The Repertory Theatre of Saint Louis commissioned the work to give us a chance to hear ourselves think, so go hear what we have to say about us. Until the Flood is performed Tuesday through Sunday (October 12 to November 6) at the Loretto-Hilton Center (130 Edgar Road, Webster Groves; www.repstl.org). Tickets are $18 to $81.50.


6. Watch German cinema get weird at Webster
Few things in life are more entertaining than examining what the people of the past thought the future might look like. German director Wolf Gremm's 1982 film Kamikaze 89 portrays a depressing future where one organization — the Combine — controls all of the world's media. Rainer Werner Fassbinder plays Jansen, a tough cop dressed in a leopard print suit who is sent to find out who is sending bomb threats to the Combine. Fassbinder brings his usual grimy, swaggering confidence to the role as he bashes around a gray metropolis looking for answers, all to the percolating synthesizer soundtrack by Tangerine Dream's Edgar Froese. Kamikaze 89 screens at 7:30 p.m. Friday through Sunday (October 14 to 16) at Webster University's Moore Auditorium (470 East Lockwood Avenue; www.webster.edu/film-series). Tickets are $4 to $6.


7. See a new museum show opening Sunday
The Saint Louis Art Museum (www.slam.org) now has one of the world's largest collections of Meiji-period military art, thanks to a gift of more than 1,400 Japanese prints donated by Charles and Rosalyn Lowenhaupt. The new exhibition Conflicts of Interest: Art and War in Modern Japan includes more than 180 objects that demonstrate the technical excellence of Japanese woodblock printing before the advent of modern technological innovations. Among the works on display are many made by Kobayashi Kiyochika, the acknowledged master of print art from the Meiji era. Conflicts of Interest is on display in the main exhibition gallery Tuesday through Sunday (October 16 to January 8). Admission is $6 to $12, and free on Friday.