St. Louis Running Tour Shows off the City — at Faster Than Walking Pace 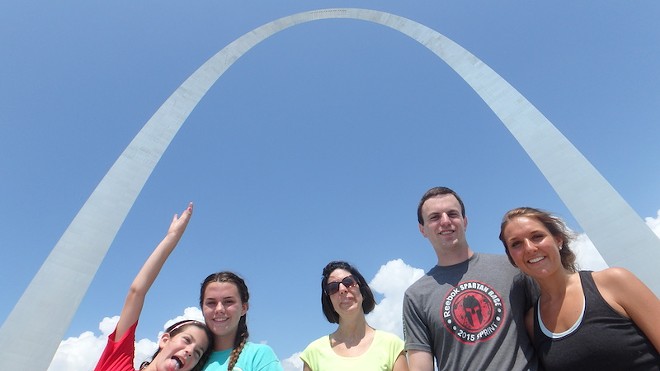 There’s so much to see in downtown St. Louis  that to catch all the area’s best locations, you might have to run. Now a local touring company is offering sightseers a chance to do exactly that.

This isn’t just a scenic workout, though. Michaelree carries on a conversation with guests throughout the entire route, covering topics from St. Louis’ earliest days as a fur trading village to local celebs like Nelly.

Michaelree, whose day job is in market research, was researching running events when he came across a running tour of Las Vegas. The concept intrigued him, and he discovered that running tours were available in cities from Boston to Belfast — but not in St. Louis.

“So I started doing more research on history,” Michaelree says.

Michaelree started his tours in 2014. Now, although he claims to be no expert, Michaelree loves to talk about St. Louis history. He can tell you all about obscure St. Louis connections that span years, but are still in running distance of each other. From the Old Courthouse, you can run to the building where the granddaughter of Dred Scott’s original slaveowners established the nation’s first free public kindergarten, or to the Toy Museum, started by ancestor of Scott’s attorney.

“There’s all kinds of stories like that in St. Louis,” Michaelree says.

Some of his favorite stories come from the people who join him on his tours. He’s met a runner whose grandfather was a riverboat pilot on the Mississippi River, and another whose ancestor helped fix Charles Lindbergh’s plane where it crashed in a field.

Participants in the running tours have varying skill levels, from beginning runners to “ultrarunners” who can tackle 50 to 100 miles at a time. But for beginners who might be intimidated, Michaelree keeps pace with the slowest runner, and the tour makes frequent stops at historical locations.

Tours meet at 8 a.m. on Saturdays and Sundays and run from $25 to $35. A second tour has recently been added that takes runners through the interior of Forest Park. It totals 4.5 miles.

“It absolutely amazes me, that I do something that people like so much,” Michaelree says. 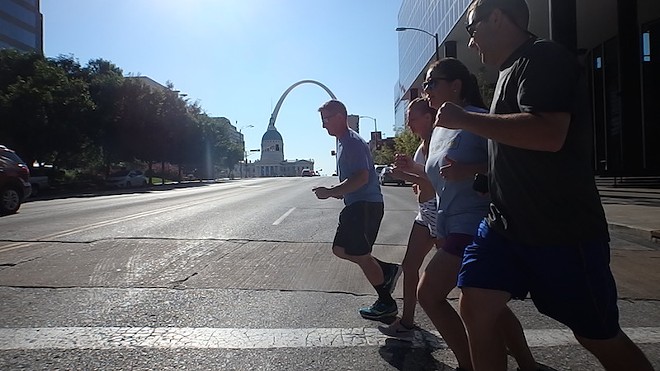