St. Louis-Made Trump-Scented Candle Is the Classiest Candle of All Time 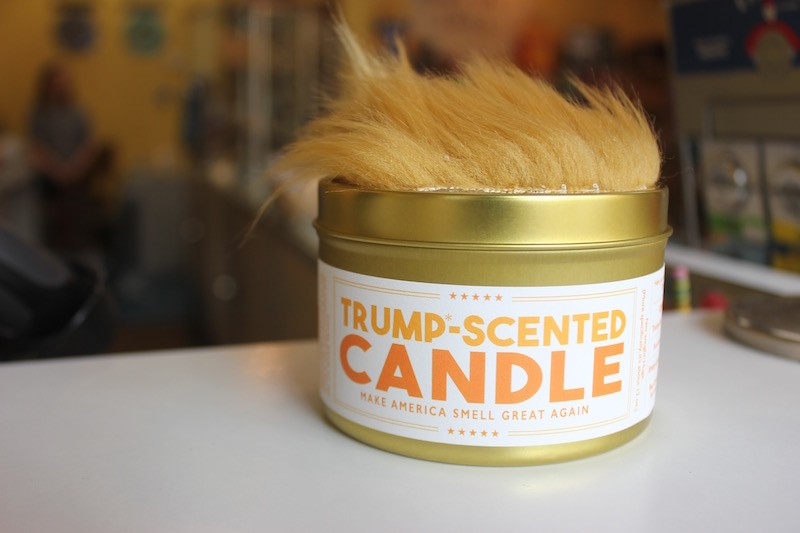 The new Trump-scented candle is bright orange, smells of suntan oil and steak, and comes with a shockingly yellow swath of faux-fur on top. In other words, it is almost exactly like Donald Trump himself — except it is a candle, and it's made in St. Louis.

The hair-topped candle is the brainchild of JD and Kate Dobson, better known as JD and Kate Industries. They're the same funnier-than-thou south St. Louis couple who brought you the Hottest Heads of State website and also wrote that satirical list enumerating 10 reasons we shouldn't welcome Syrian refugees to St. Louis. ("We are trying really hard to cultivate a cool, Escape From New York vibe in downtown St. Louis by keeping as much commercial real estate vacant as possible. The last thing we need is a bunch of immigrants who might want to open businesses.")

The Trump-Scented Candle is not their first candle — nor will it be their last. The project began when they were writing a piece mocking Vladimir Putin, which included a reference to a line of pro-Putin merchandise.

Six months later, the result debuted on their Etsy page — a candle that smells of pine, earth and "smoke billowing from the cities of your enemies." On the lid: a portrait of a shirtless Putin. Not long after, they conceived of the Trump iteration, complete with its faux-fur top.

"I feel like it's literally the way everything we do starts," Kate says. "One of us makes a joke, and we decide, 'Let's really do it.'"

The pair met in Washington, D.C. He was a grad student also working a lobbyist; she was the assistant comics editor for the Washington Post. In classic St. Louis fashion, he lured her back to his hometown in 2009 (he works in PR; she's now a stay-at-home mom to their two kids).

Among their many various projects, they recently scored a deal to write a funny book about the U.S. Presidents — a sort of riff on "the Presidents when they were young and hunky," Kate says, in the style of Tiger Beat. It's due out from Henry Holt in time for President's Day 2018. 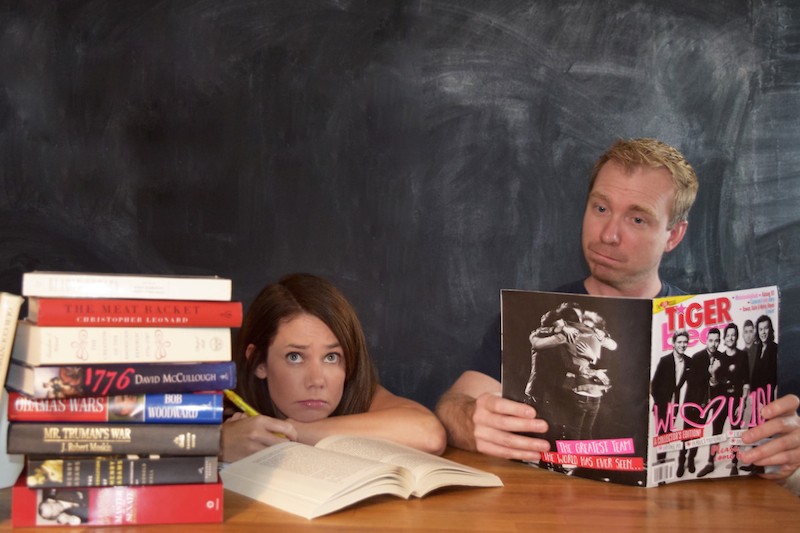 But in the mean time, there are candles to make — and last week, they scored their first brick-and-mortar retailer, the first and only one they pitched. Last Wednesday, they stopped by Phoenix Rising to pitch owner Carrie Drda on stocking their Putin and Trump-scented creations. She said yes immediately; they now retail in the Delmar Loop shop for $18.95. (Part of the proceeds from each Trump candle goes to a non-profit working for Syrian refugees.)

The candles were a viral sensation on the gift shop's Facebook page. And while Drda hadn't sold a candle yet as of Friday, "it's only a matter of time," she says. She notes that she already has a waiting list for the Dobsons' next product, a candle that will pay tribute to Canadian prime minister Justin Trudeau.

Even though it's a slightly different conceit — they're paying tribute to Trudeau, not mocking him — Kate says that it, too, was something they hit upon organically.

"My ultimate motive in making a Justin Trudeau candle is that maybe Justin Trudeau will see it," she admits, laughing. "JD knows it. He's at peace with it." 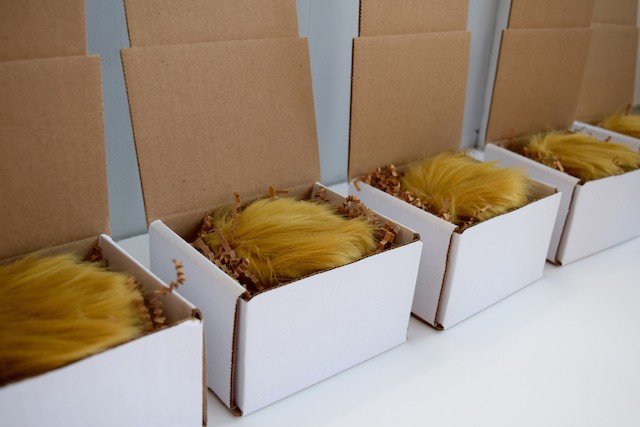