Project Wake Up Hopes to End the Stigma Surrounding Suicide

It’s been just over two years since Mizzou student and De Smet alum Ryan Candice took his own life. It’s been a time of healing and grieving for those who knew him, but one fact has remained constant: Candice’s memory lives on through Project Wake Up, the organization that formed in the wake of his death.

Project Wake Up is a non-profit that was started by some of Candice's close friends as a small effort to honor his life, but it's grown into something much larger — a group that seeks to eradicate the stigma surrounding suicide and save lives, especially those of teens and young adults.

Candice’s death came as a sobering shock to all who knew him. Two years before Candice took his own life, another Mizzou student had also committed suicide: Carolyn Dolan. Beyond being good friends, she and Candice had a lot in common. They were intelligent, determined, popular and close friends to many. Yet these two students, people who seemed to have it all, had apparently been suffering in silence.

“Carolyn’s death shocked us,” says co-founder Alex Lindley. “We grieved over her, but we didn’t talk about how or why she died. She was gone and that was that.”

Two years later, when Lindley lost yet another good friend to suicide, he knew he had to make a change. 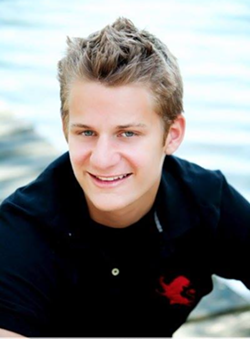 “The fact that we had gone through this once already showed me that the stigma surrounding mental illness keeps people from reaching out,” he says. “I wanted to get everybody comfortable talking about it and at the same time keep Ryan’s memory alive.”

That initial idea is what prompted the creation of Project Wake Up. What started out as a small video to honor Candice's life has turned into an attempt to create a full-length documentary exposing the stigma surrounding mental illness and suicide in young adults. While Candice's story will be front and center, it will also explore the inadequacy in mental health care all over the country.

The team started out in September 2014 with a goal of $10,000, not knowing that they would need around fifteen times that amount to create a documentary of high-level production.

But they hit that goal overnight, and by the end of their first campaign, Project Wake Up had raised a shocking $35,000. With that money they were able to truly get started on a documentary. They mapped out their plan, hired St. Louis-born Nate Townsend to direct and, with his expertise, created a short film that celebrated Ryan’s life and gave viewers a small glimpse into what the full production would explore.

The fundraising did not stop with the GoFundMe campaign. The group attained official 501(c)(3) non-profit status last year and has organized various fundraising events throughout 2016, including a trivia night. In just a few short weeks Project Wake Up will host its first annual golf tournament at the Forest Park Golf Course.

The event, which will take place Saturday, August 6, gives people the opportunity to get involved and throws in a little competition in to boot. Dixon Golf has partnered with the group and will be hosting its own unique challenges on the course, giving golfers the opportunity to win various prizes such as a Zovatti watch, custom drivers and more. Lunch, dinner and beverages will also be provided with every sign up.

This golf tournament is just one of many fundraising strategies to make this documentary a reality. Once finished, they plan to send it to various film festivals and distribute it to college campuses around the country. They also plan to bring groups like the Mizzou Student Suicide Prevention Coalition, members of which are trained to recognize warning signs and get students the help they need, to universities across the nation.

“These are your brothers, your sisters, your moms and best friends that are suffering in silence,” Lindley says. “There’s certain people who won’t get the help that they should because they’re scared to speak out. The stigma needs to end.”

Team signups for Project Wake Up’s First Annual Golf Tournament are open until July 26 and can be found here. Anyone interested in sponsoring the event can email Wakeupdocumentary@gmail.com. For those who simply want to make a donation, they can do so here.