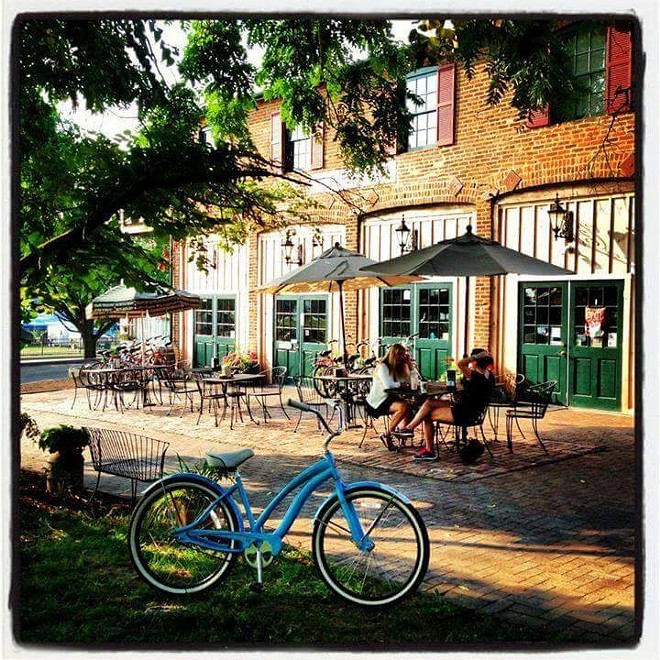 Pokémon Go has taken the world by storm — and local businesses are doing their best to get in on the buzz. Numerous bars have organized Pokémon-based pub crawls; the Gateway Grizzlies even hosted an event for enthusiasts before one of its games.

But this Wednesday, an event in St. Charles aims to break the cycle of gathering, drinking, and catching Pokémon.

The Bike Stop Cafe & Outpost (610 S. Main Street, St. Charles) is hosting a Pokémon Go event from 3 to 7 p.m. that will allow players to enjoy a mini-competition. Unlike other events, the Great Pokémon Adventure will let the players venture around the city to compete with others embarking from the same stop.

And it's not about how much you've already succeeded: The afternoon's competition is based on the stats that player can generate that very day. You can traverse the city as an individual or a team.

Here's how it'll work. Upon arrival at 2:45 p.m., each player will register at the Bike Stop, with their stats recorded for later comparison. They'll then have four hours to catch Pokémon, battle trainers in gyms, and visit "Pokestops" in St. Charles, raising their stats before returning to the cafe by 7 p.m., which is when winners will be announced.

Winners will be chosen based on four factors: the most experience gained, the most Pokémon caught, most distance traveled and most Pokestops visited.

"This event is really about building a community of Pokémon players while also bringing together the local community," says Brent Yard, the cafe's event coordinator. "This will allow the three teams to get together and compete by playing the game while also going around and seeing St. Charles."
There will be Pokémon-themed food items at the cafe. Other local business will be featuring specials during the event as well.

"We are hoping to fill the place with players who are ready to go and explore St. Charles," says Yard.