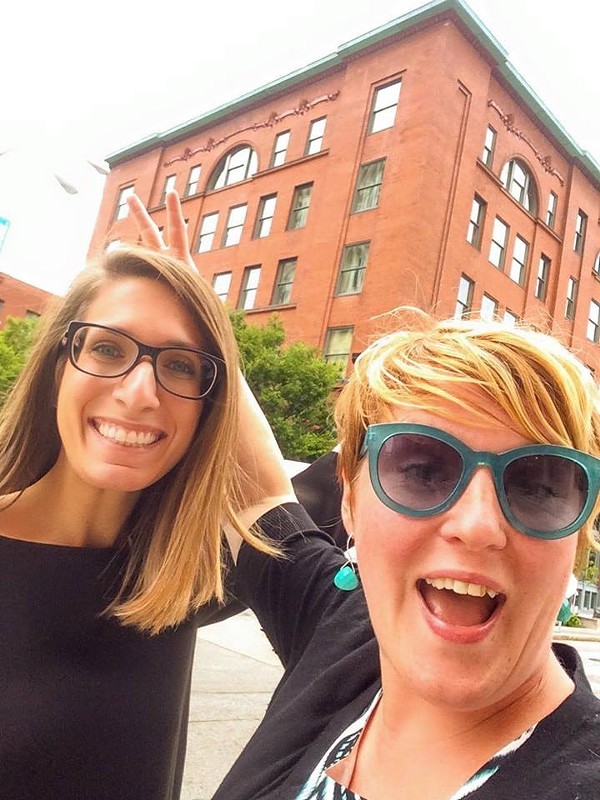 If you think you know everything there is to know about St. Louis baseball, architecture or history, you obviously haven't met the crew at Renegade STL.

This local company takes the concept of tours and turns it upside down. With catchy names ("The Whole Damn City" tour, anyone?) and a whole lot of personality thrown in, these bus and walking tours enlighten you with information you didn't even know you were craving. And now Renegade STL is devoting an entire tour to one of St. Louis' favorite topics: baseball. It's called "Yadier Mind Not to Take This Tour" (get it?).

Elizabeth Eikmann, a Renegade STL tour guide and American Studies doctoral candidate at SLU, says the idea for the one-hour walking tour is to give you a quick look at downtown through the lens of baseball. Guides will cover everything from what stood at 700 Clarke Avenue before the stadium to famous events related to St. Louis' baseball history that happened in the neighborhood.

"You could be the biggest Cardinals fan on the planet, go to every single home game, know everything about the stats  behind the players and history of the team, but I guarantee [you're] going to learn something new on this tour," Eikmann says. "Because it goes beyond just talking about the players or the team itself, and more so how the history of baseball fits in with the history of St. Louis."

The Baseball City tour will be offered before two home games, July 15 and 22. Guests will gather at at the corner of 4th and Walnut to begin the tour, which lasts from 5 to 6 p.m. — plenty of time for you to make it to your seat for the 7:15 game.

The tour will cover two to three blocks north of downtown and then circle back around toward the stadium. The streets are ones you've likely walked many times before, but Renegade STL tour guide Adriana Perrone says you may see them with a completely new perspective.

"At the root of it, it's just about having fun, and it's not about coming away with a whole bunch of facts and figures. It's about coming away with an understanding of the progression and how the city has changed," Perone says. "And, a little bit, if you are a baseball fan, maybe you fit into the story of the Cardinals or baseball in St. Louis in a way that you never knew you did."


Can't get enough of St. Louis history? Some other Renegade STL tours coming up include the Disasters & Catastrophes tour on July 23 and the Bad-Ass Babes tour in August. They also do custom private tours, notes founder and tour guide Amanda Clark.

"We just did one for a grandmother," she recalls. "It was a surprise for the grandma, and we did the history of her life. And they invited in all the grandkids from around the country. It was amazing. So we also do these crazy things that aren’t singular events."

Tickets are $15 for the baseball tour. For tickets and more information about all the Renegade STL tours, visit renegadestl.com.

Editor's note: A previous version of this story provided incorrect information about one of the tour guide's areas of study. We regret the error.