The Strange Folk Festival is coming to Lafayette Square.


After a one-time stop at Union Station in 2015, founder Autumn Wiggins chose the historic south city neighborhood to celebrate a “beautiful era” of St. Louis creativity.


“It’s always fun for me,” Wiggins says, “but this year will be really fun, bringing my own personal tastes to it.”


This year’s theme, Belle Epoque, draws on the square’s centuries-old French roots and connects a high point in Euro art and productivity to the rise of St. Louis as a home to artisans. Wiggins is expecting 200 vendors, ten bands and as many as 30,000 visitors for two days of crafts, art and live music on September 24 and 25. She is still accepting vendor applications.

Wiggins launched Strange Folk more than a decade ago in her hometown of O’Fallon, Illinois. She wanted to add something to the place where she grew up and also prove the suburbs were a perfectly fine backdrop for artists and creatives. After a falling out with O'Fallon over the festival's ownership, she was looking for another unconventional space when she chose Union Station for the festival's 2015 iteration.

“It was a big idea to fill an empty mall,” says Wiggins, who now lives on Cherokee Street. “It was a political statement. It was a break away from O’Fallon. It was an experiment.”

The move attracted plenty of controversy. The festival had become the largest of its kind in the Midwest, and running it took a stunning amount of work. Wiggins says she had planned to take a break for a year or more, but after she announced the hiatus, O’Fallon officials decided the festival belonged to the municipality and made plans to run it on their own. Legal battles ensued. It was a mess, but Wiggins prevailed and decided to relaunch in St. Louis.

The drama has finally subsided, and Wiggins hopes Lafayette Square could become a regular home for Strange Folk. She says it has a sort of “Mary Poppins in France” aesthetic that she enjoys as the descendant of French-Canadian grandparents.

In keeping with the Belle Epoque theme (French for “beautiful era”), she is dreaming up period decorations to mix with currents of tech and arts that flow through the festival. Portions of Park and Mississippi avenues surrounding the park will be closed throughout the weekend, and a stage will be set up at the intersection for the bands.

The preparations are a work in progress. Wiggins is chronicling the effort through a Facebook events page, Instagram and Twitter. She has relied on social media to spread the word, which is fitting since that's also how she and other craft makers first met and shared their work.

“A lot of us were stay-at-home moms, but we got together on the internet,” she says.

Through sites like Etsy and Pinterest, the largely female artisans found an online audience and customers. Strange Folk maintains a feminine character as a result, Wiggins says, and some of the vendors have used the festival as a springboard to start small businesses.

St. Louis has become a similarly supportive place for crafters and artists, who have begun to set up in neighborhoods across the city, Wiggins says. She predicts the scene will only grow.

“Everything is getting really exciting here,” Wiggins says. “It’s becoming a beautiful era.” 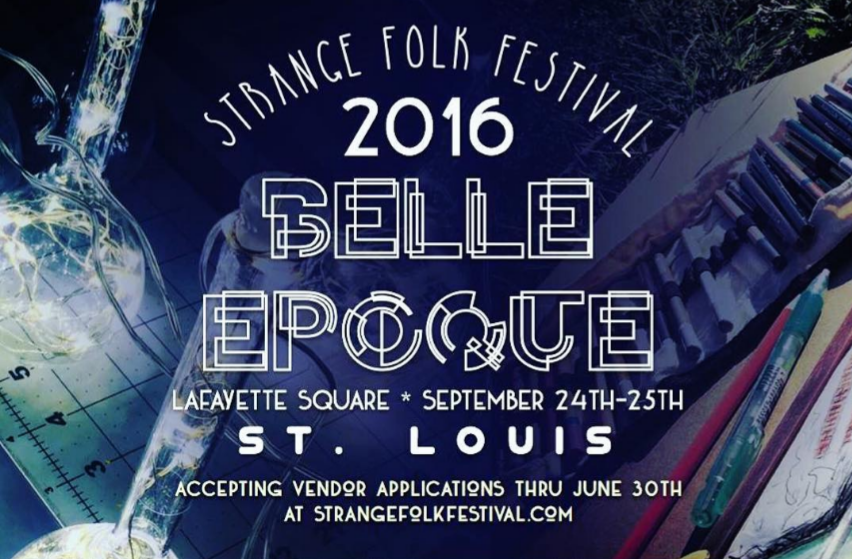