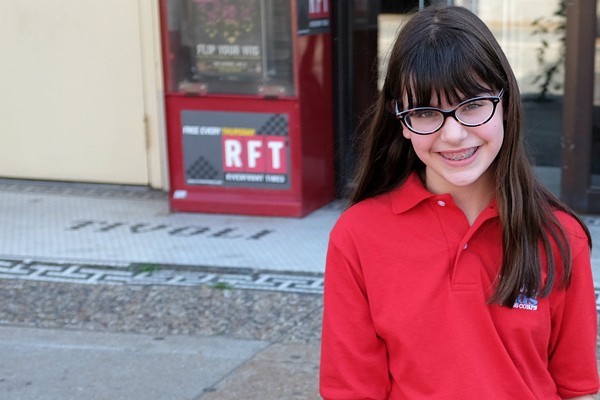 At first glance, Esther Appelstein looks like your average fifth grader: glasses, bangs, shy smile. But beneath the mild-mannered exterior is a real journalist — a published reporter who scored one of the hottest stories of the summer at age eleven.

As part of the Scholastic Kids News Press Corps, Appelstein was able to go backstage at the critically acclaimed Broadway musical Hamilton — and interview Lin-Manuel Miranda himself, as well as some of the cast — just one week before their triumph at the Tonys.


Applestein is one of 35 kids ages ten to fourteen around the world who've been selected to report for the Scholastic Kids News Press Corps. She also happens to be the only one from Missouri.

When Appelstein’s aunt told her about the musical and the historical context behind it, she immediately became interested. Following her reporter’s intuition, she pitched the story to see if she could go to the Broadway show.

"Nobody had written about it yet," she recalls, "and I thought it could make a really good story, so I pitched the idea to my editor and she said ‘Yes, definitely!’”

Applestein received a press pass from Scholastic and was given a backstage tour after the show.

“At first, we tried to set up an interview with lead actor, but it fell through," she says. "While I was on the subway, though, we received a call from Hamilton’s press person who told us that instead we would be able to go backstage after the show and see all the cast and everything. I wasn’t even sure if I was going to be able to go to the show at first, much less backstage!”

That's where she met Miranda, the show's writer, composer and star.

“When you meet someone you look up to, it can be kind of a letdown if they are not as nice or open with you," she says. "But as soon as Lin-Manuel Miranda saw me and finished what he was doing, he glanced at me, made a beeline straight towards me and introduced himself, and he was just the nicest person.”

Appelstein has journalism in her bloodlines (her father, Mike Appelstein, is an RFT contributor, in addition to being an attorney). But she kickstarted her career all on her own. Reading Scholastic News magazine in her fourth grade class, Appelstein noticed an advertisement to join their press corps and decided it was the perfect opportunity.

“I had always had an interest in writing, but it wasn’t until I joined the kids news press corps that I started feeling a serious interest in journalism,” she says. She was recently asked to stay on the corps for a second year.

Now that she’s got a foot in the door, the Community School student continues to dream big: She next wants to cover the new Harry Potter movie series. She also has been making arrangements to get press credentials for the presidential debate at Washington University in the fall.

“I think what I learned from this whole experience is that if you try hard enough, you really can achieve anything," she says. 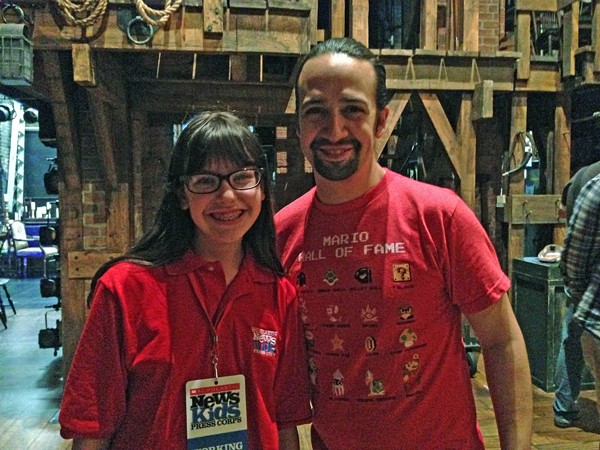 Editor's note: A previous version of this story gave the wrong name for the magazine Appelstein was reading that inspired her to apply. It was Scholastic News, not Scholastic Kids. We regret the error.