A Midsummer’s Night Pubcrawl Brings Shakespeare to the Bar 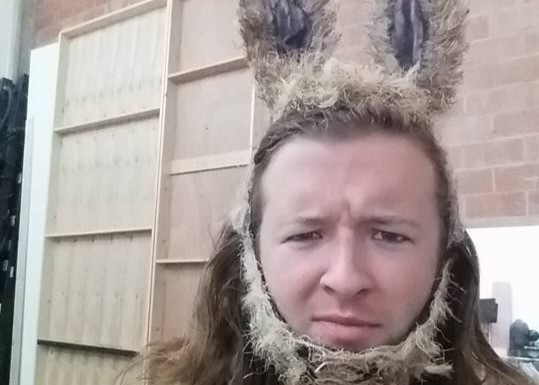 “The entire we go to is a stage,” Henderson says. “It does have much more of an improvised feel to it; we’re adding a lot of audience participation that adds an unknown factor to it. We say ‘wine fills any glass and a good actor should be able to fill any stage.’”

A Midsummer Night’s Pubcrawl: 5 Acts, 5 Bars will send six actors in full costume, with an audience in tow, on a theatrical trip through some of . Louis’ most popular bars scenes. The troupe will perform Shakespeare’s A Midsummer Night’s Dream while traversing bars like Molly’s, Handlebar, Atomic Cowboy, Foam and several others. And there's a reason the new company's tagline is "intoxicating entertainment": Adult beverages will along the way.

The first-ever production by a new group calling itself Cocktails and Curtain Calls, Midsummer will be crawling through Soulard in late May, Cherokee Street in early June and the Grove in . There are two separate dates for each crawl location; five single location performances will also be offered for those who aren’t the crawling type. See the group's website for full details.

Henderson, artistic director for Cocktails and Curtain Calls, came up with the idea for the crawl and also performs in the show. He believes the idea will help further develop the St. Louis theatre scene.

“I’ve been sitting on the idea of doing theatric pub crawls for a while — knowing how popular pub crawls are in St. Louis — they could probably help the somewhat ailing theatre scene here,” Henderson says.

After spending eight years away from St. Louis, Henderson says coming home with a way to contribute has been rewarding.

“I’ve gotten to sort of come back and try to do what I can to help sort of bring St. Louis into the modern era of theatre,” Henderson says.

Previously, Henderson mounted a sold-out production of “The Weir” at John D. McGurks in Soulard. But that was a single-venue event — this one adds a whole new degree of difficulty.

Drink package tickets are $30, while "participant tickets," which let you see the play minus the booze, are $12. Thirty to forty minutes will be spent each bar along the way.

Tickets can be purchased online, in person, by calling the box office at (618) 514-9976, or by emailing cheers@cocktailsandcurtaincalls.com