You Can Stay in Tennessee Williams' Old Apartment Building via Airbnb

Here's a true treat for a Tennessee Williams lover: The apartment building Williams' family lived in the Central West End is up for short-term lease.

That's thanks to interior designer Mei Yang, who bought the building back in 2003 and has since renovated all nine units. She is currently leasing five of the nine apartments as Airbnb rentals — with the opportunity to sleep under the same roof that sheltered one of the 20th century's greatest playwrights going for just $159 nightly.

When Mei first purchased the apartment building at 4633 Westminster, she was confused by the buses that would regularly stop in front. "People would get off the bus and admire the building," she says. "I was curious, so I went to greet people, and they said they were there from the theater department — because the building used to be The Glass Menagerie apartment."

As it turned out, the rundown apartment building Mei was rehabbing had been the boyhood home of Tennessee Williams, then known as Tom. The down-on-their-luck Williamses — mom, dad and three kids — lived in a small, dim unit from 1918 to 1922. Some scholars believe that Williams' first smash-hit play, The Glass Menagerie, was set in an apartment that drew on both the unit on Westminster and the family's later apartment on Enright, in University City. (That play kicks off the inaugural Tennessee Williams Festival St. Louis, which officially starts next Wednesday — and, as we report in this week's paper, it feels as timely as ever.)

Once Mei found out the apartment's provenance, she found herself intrigued by its most famous tenant. Educated in her native Taiwan, she hadn't been familiar with Williams — but quickly got up to speed. "I did some research about him," she says. "I was inspired by him."

Today, she's found that many people book the apartment simply because of its cosmopolitan, walkable neighborhood. It's only later that they learn of its historic connection — and they consider it a bonus more than their ultimate reason for renting. Still, she says, "they appreciate it."

Unfortunately, you can't Airbnb the actual unit the Williams family lived in — 3W. That one is leased to a local college professor.

But, Mei notes, you can book 2W, the one directly below it. So while you can't say you slept in the playwright's old bedroom, you can say you slept directly underneath it — in the exact spot where his family's 1920s neighbors surely cursed him clumping around overhead. And that's an experience worth boasting about, right?

For photos of the Airbnb units at 4633 Westminster, turn the page. All photos courtesy of Mei Yang. 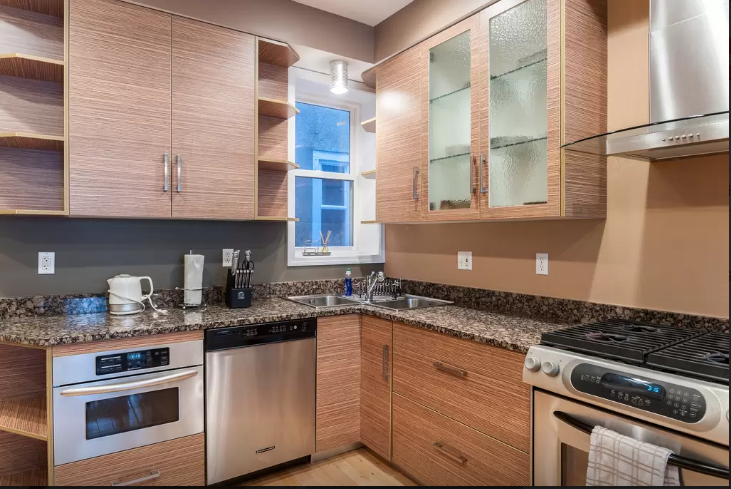 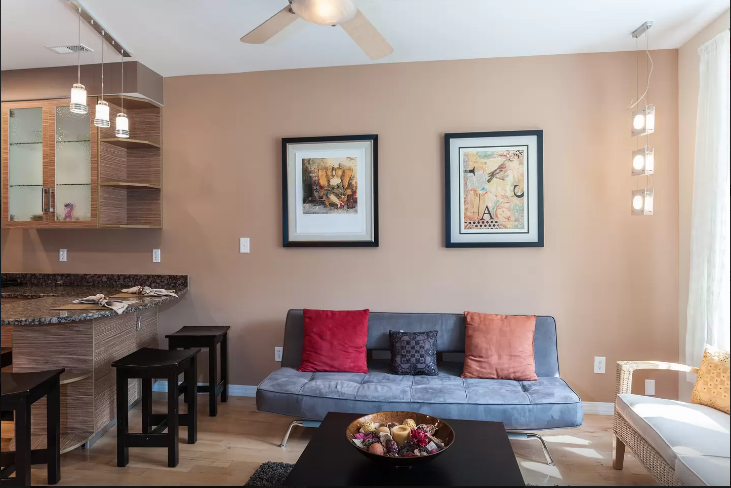