The "Aristotle of Comics" Comes to St. Louis 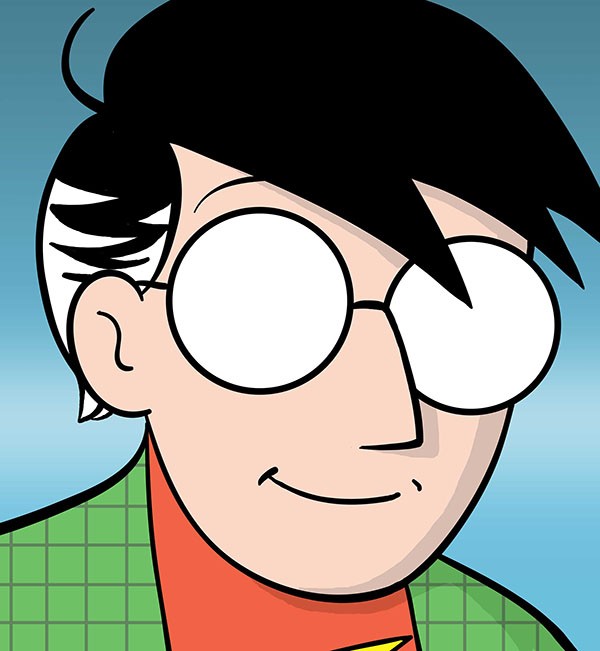 People call Scott McCloud the “Aristotle of comics.” He got the name thanks to his graphic novel Understanding Comics, a non-fiction guide to the medium that’s now a seminal part of comics studies (which, yes, is a real academic field) and a favored learning tool of young artists.

For McCloud, the path to writing comics was an easy one. In middle school, he and a friend began as readers; later, they both became creators. In some ways, he says, it was inevitable that he’d find his way to writing comics, especially non-fiction ones. His father was an inventor, and in some ways, McCloud says, his art follows suit. He says it “fit my temperament to approach art as something to be understood, something to be taken apart, something to be experimented with.” And it doesn’t hurt that he loves making them, too.

This weekend, he’s coming to St. Louis to share some of that love and knowledge. Washington University’s KaPOW Comic Club and Modern Graphic History Library invited him to speak at Lab Sciences 300 on Sunday at 3 p.m. There he’ll present one of his visual lectures, which McCloud calls an “evolving mass of ideas and images.” It’s less PowerPoint, more Mobius strip, and it covers whatever suits his fancy.

And he also thinks that changes are coming. “In 2016, our approaches to data are becoming increasingly interesting. People are getting ready to integrating text and images more successfully than they have in the past,” McCloud says. That might even involve virtual reality becoming “more than just a gimmick.”

That’s not the only change McCloud finds interesting. Writing comics is a rewarding pursuit, he says, even though success at his level is incredibly rare. (Though, he notes, comic-writing skills are valuable in a number of fields.) Lately, though, he’s seen young artists “reinventing the idea of success” in exciting ways.

Despite his knowledge of comics (including numerous experimental webcomics and two additions that make Understanding Comics a trilogy), he didn’t publish his own full-length graphic novel until just last year.

He doesn’t consider it much of a departure because, to him, fiction and non-fiction aren’t that different. “They’re both really interesting problems,” he explains. People tend to think of non-fiction as an “analytical, scientific procedure,” while fiction is “writing from the heart, reaching down into your soul.” But from McCloud’s perspective, fiction is just as complex as non-fiction; second drafts require analytical attention to structure so that the emotion can be better articulated.

This isn’t McCloud’s first visit to St. Louis. He remembers Star Clipper, where he toured a comic in 2007, with fondness and was excited to hear that Star Clipper had reopened. “We’ll have to swing by and say hi,” he says.