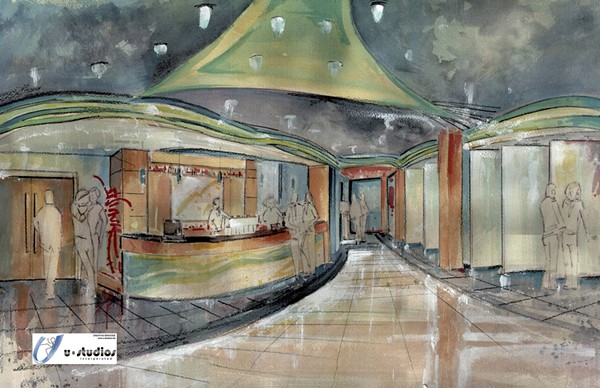 The Kranzberg Arts Foundation plans to turn Grand Center’s historic Cadillac building at 3224 Locust Street into a new art venue. Named for the Kranzbergs’ grandchild, .ZACK — and yes, there is a dot before the all-caps’ name, which is pronounced “dot zack” in reference to the building’s website — will be St. Louis' first performing arts incubator, offering live theater, dance, music, special events and an on-site restaurant.


So what exactly is a "performing arts incubator"? It's a little like those co-working "collaborative workspaces" that have sprung up across the city, allowing startups to interact and share resources — but it's also an event space. Six resident arts organizations that will have access to the stage, a co-op office and work areas. One floor will also provide commercial offices for renters.

Chris Hansen, Director of Operations, has high hopes for the project. “I think it’s going to bring a great synergy to the arts and a really dramatic, dynamic patron experience,” he says.

Hansen says that the project will contribute to the city in a number of ways. “We developed it based on the needs of the art community,” he says. For artists, the community scene shop and prop storage will provide a valuable service.

The .ZACK plans to begin showing productions in January 2017. Right now, local groups will be staging all of the events. Hansen says some national musical acts may also perform there. Right now, though, the programming is still uncertain.

The project involves renovating all four floors of the 40,000-square-foot building, with special attention paid to the first two. Swansea company U-Studios is the designer. Hansen says that by this August, special events like weddings and fundraisers should be able to be hosted in the ballroom; the space’s catering and the lobby should also be operational. The arts incubator and theater are also scheduled to open around the same time.