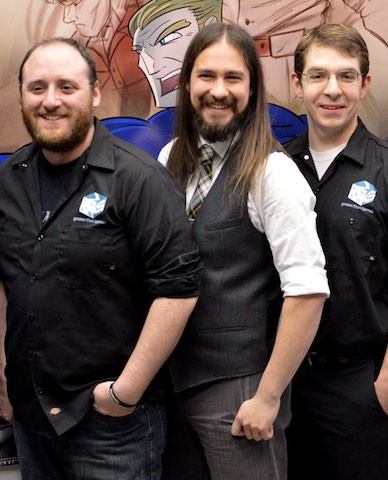 When we checked in with St. Louis-based Greater Than Games last month, the company's execs were in high spirits — they'd blown away their Kickstarter goal of $40,000 in just eight minutes and were watching as the numbers leapt ever higher. In fact, operations director Paul Bender told us, it was "statistically reasonable" to think they might make it to $1 million.

It seemed a bit ambitious. But one month later, now that the Kickstarter has ended, the joke is on anyone who doubted — Greater Than Games' crowfunding campaign has topped out at a staggering $1.5 million.

"We're pleased and excited," Bender says, modestly. "It's just fantastic across the board."

The company designs board games, and this Kickstarter was for the final chapter of its "Sentinels of the Multiverse" release, titled "OblivAeon."

If you're not the sort of person who keeps up with board games, well, soon you won't have to be — after its huge success online and at specialty outlets, "Sentinels of the Multiverse" is now coming to Barnes & Noble and other mainstream retailers. The company sees huge room for growth; at this point, the fan base is more excited than it is huge.

But that excitement, clearly, is real. And those Kickstarter backers who put up the money to back the project will be getting the first peek. Suffice it to say, there are many of them: 9,982 people contributed to the effort, funding it at 3,750 percent of its stated goal.

"We had projections of what we thought it would do, and that was just a quarter of what it ended up doing," Bender says.
Greater Than Games now appears to hold the ranking of the second highest-funded Kickstarter in St. Louis history, just behind (you guessed it!) another board game. That one, called "Scythe," raised $1.8 million last October.