In On Fire, John O'Leary Details How Jack Buck — and Other St. Louisans — Saved His Life 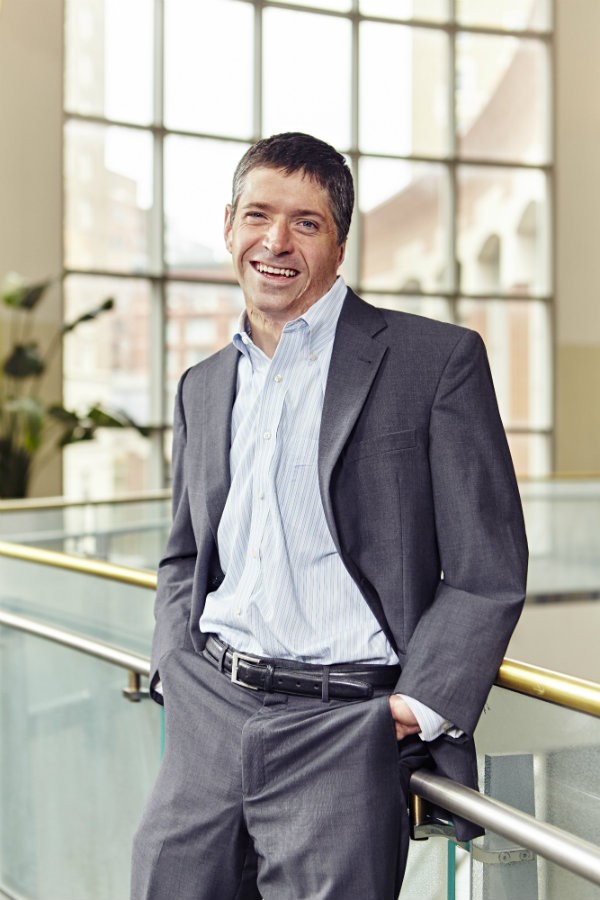 In January 1987, nine-year-old John O’Leary caught fire. He was in his garage, playing with matches and gasoline, when he sparked an explosion. Flames leapt onto his body, melting off his clothes and his skin, as he ran through the house screaming for help. His older brother Jim, then 17, ran up from the basement, extinguishing the flames with a rug, ultimately saving the little boy's life.

O’Leary suffered third-degree burns on 100 percent of his body and was given the grim prognosis of a one-percent chance at survival. Yet somehow, he beat the odds. Today he's a happily married, 38-year-old father of four and a professional speaker.

But as he writes in his first book, On Fire: The 7 Choices to Ignite a Radically Inspired Life, which was released by Simon & Schuster on March 15, this story isn’t about him. It’s about you. O'Leary has focused his story on the many St. Louisans—and some local celebrities—who helped him through his five months in the hospital, his many surgeries, including an amputation of his fingers, and the 29 years that followed the fire.

“This is not an ego trip, it’s not about someone else overcoming; it is their journey,” O'Leary says of his readers. “It is their invitation to wake up to the great possibility of their lives.”

The book is already striking a chord. It's risen as high as No. 4 on Amazon and is a No. 1 new release in the Happiness and Self-Help category, a result O’Leary calls “stunning.” 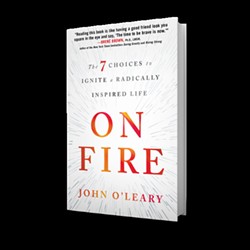 Along with O’Leary’s own experience, the book recounts the many St. Louisans who changed his life through simple actions that would have extraordinary consequences. There’s the janitor who taught him how to walk again; Gino Cavallini, formerly of the St. Louis Blues, who became a fixture at the hospital as O’Leary recovered; and O’Leary’s own mother, who was brave enough to tell him that surviving wasn’t a given—living was a choice he would have to make.

And then there's the late Cardinals broadcaster Jack Buck, who O'Leary credits for making him who he is today. On the second day in the hospital, O’Leary lay strapped down to the bed, his eyes swollen shut, a tracheotomy in his throat, rendering him unable to speak—all he could do was listen.

Then something extraordinary happened.

“Now the broadcaster for the Cardinals, the voice I grew up listening to and loving, walks in to my room,” he recalls, “and encourages me with the words, ‘Kid, wake up! You are going to live. You are going to survive, keep fighting. When you get out of here we’re going to celebrate with John O’Leary Day at the ballpark.'” As O’Leary tells it, he lowers his voice, adding some Jack Buck grit in imitation.

For most young boys growing up in St. Louis—heck, for anyone living in this city – one visit from Buck would have been enough. It was for O’Leary. But the story didn’t end there. As Buck was leaving that day, he was told the boy was going to die, with just a one percent chance at survival.

The story moved Buck. So he came back.

“The following day, I’m lying in the hospital bed, dying and my door opens up: I hear footsteps, I hear a chair, and I hear Jack Buck’s voice say, ‘Hey, kid, I’m back. Wake up. You are going to live. You are going to survive, keep fighting,’” O’Leary recalls.

For the next five months, the visits from Buck continued. When Buck's duties with the Cardinals took him away, he would send someone else in his place. “That man made a profound difference during the five months that I was in the hospital,” O'Leary says. And “he continues to serve me afterwards,” he adds.

In July of 1987, Buck lived up to his promise: O’Leary celebrated ‘John O’Leary Day’ at the old Busch Memorial Stadium. By that point, O’Leary was velcroed into a wheel chair, his fingers were gone and his skin was just starting to grow back.

“The following day in my mailbox is a baseball from Jack Buck, signed by Ozzie Smith, and a note from Jack that reads: ‘Kid, if you want a second baseball, all you have to do is sign a thank you letter to the man who sent the first one,’” O’Leary remembers. “The guy knew I could not write, but I think he also knew the power of inspiration and the power of connectivity.”

Next: The baseballs keep coming. 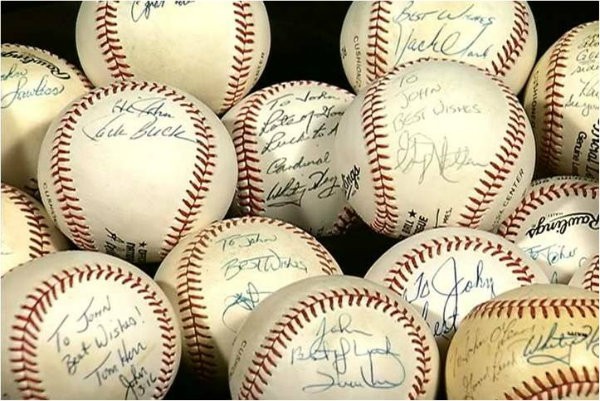 With a little help from his parents, O’Leary was able to write the Cardinals shortstop a thank you note. A few days later, another baseball arrived with another note that began ‘Kid, if you want a third baseball.’ By the end of 1987, Buck had sent O’Leary 60 signed baseballs from players all around Major League Baseball, with 60 painstaking notes sent in return. “Sixty baseballs from a very busy guy teaching a little nobody in St. Louis how to write,” O’Leary says, shaking his head.

Yet there was one more baseball to come. On the night that O'Leary graduated from Saint Louis University, Buck presented him with the crystal baseball the broadcaster had received when he was inducted into the Hall of Fame. “It is priceless. It’s made out of crystal, there’s only one like it in the whole world,” O’Leary says, still in disbelief. “He shows up and he gives me this baseball, to a kid who has no clue what he’s going to do in his life other than go to Humphrey’s later on that night, that was the extent of my vision at that point. One more time, making a difference from one St. Louisan to another, and he did it all quietly.” 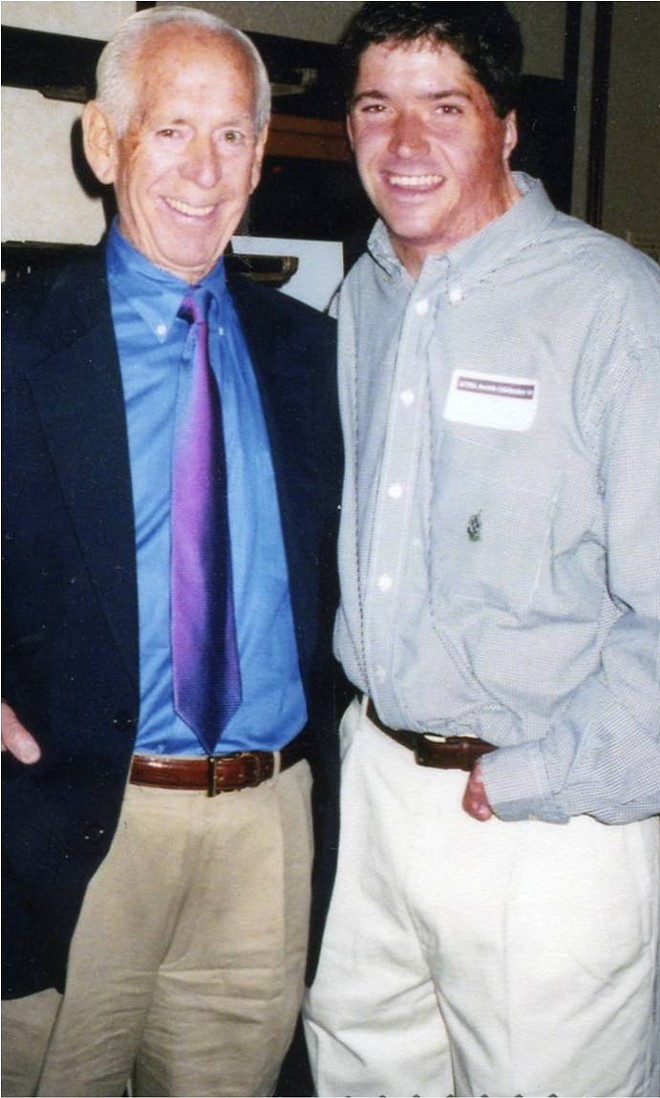 While this story couldn’t be told without Buck, O’Leary believes it also reflects on St. Louis as a community. How else, he asks, could Buck find out about his accident?

As it turns out, it really does take a village – or at least a string of phone calls, beginning with O’Leary’s next-door neighbor and ending with Colleen Schoendienst, daughter of Cardinal great Red Schoendienst. Shoendienst told her father the story and, as he sat next to Buck at a charity auction, in passing Schoendienst told him that a little boy had been burned and asked him to keep the lad in his prayers.

“So yeah, we can celebrate how great Jack is, and oh my lord, what an impact he made, but the reality is what allowed that impact to take root and to take place in the first place was Red and Colleen, and three other St. Louisans doing their part and making sure that the story had a happy ending,” O’Leary says.

Today, O’Leary has achieved his happy ending. He lives with his wife and kids in Webster Groves; he's made more than 1,500 speeches in the past seven years. He launched his career as a professional speaker after his parents wrote their own book about his life, "Overwhelming Odds."

In passing, you might not see O'Leary's scars right away. First, you'd probably notice his warm smile and wit. In fact, it might not be until O'Leary extends an arm to greet you that you might begin to wonder what exactly happened.

He says, “I don’t consider myself a burn victim. If you ask me what happened, it frees me to tell you a little bit more and then if I’m really listening, I realize that you’re probably asking for a reason. Something probably happened in your life that you’re connecting your scars with mine.”

He adds, “Your scars might not be physical but everybody’s got scars they bear, and I think being able to embrace yours, it allows you to meet others where they are in their story.” 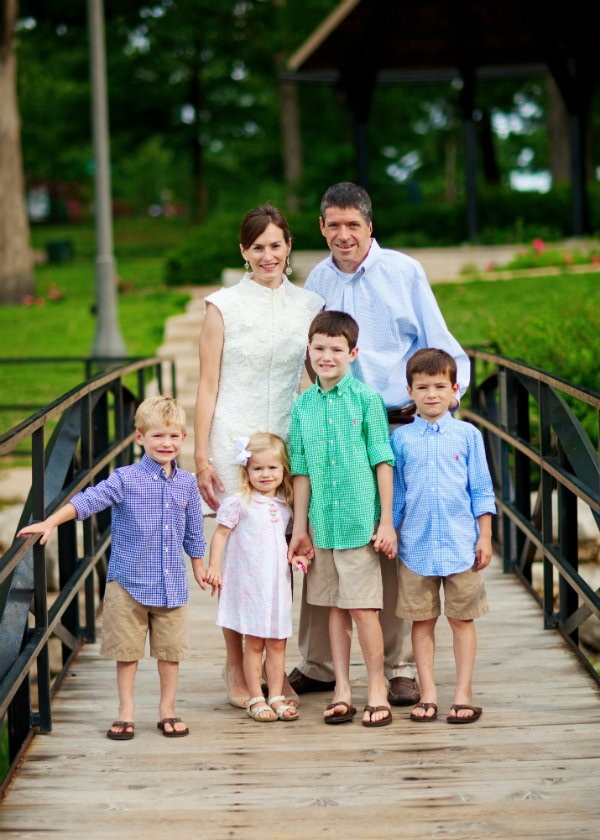 “In St. Louis we have such a victim mentality. We are the worst city in the world—just ask us. We’ll tell you all about how horrible we are. And yet, that’s just not the case. There is no wall around St. Louis. We could all move somewhere else, so why do we choose to be here? I think we realize when we are reflective on it that this is an amazing city. We are full of vibrancy, of resiliency and full of grit.”

Editor's note: A previous version of this story stated an incorrect number of times John O'Leary has spoken in the past seven years. It is more than 1,500. We regret the error.