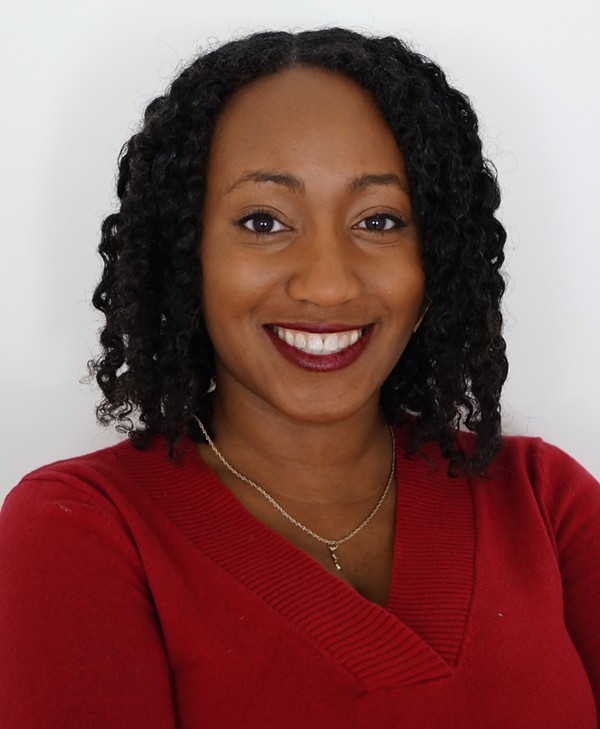 Five years after 11-year-old Shawn Hornbeck was kidnapped, FBI agents found the teen in an apartment in suburban Kirkwood. The story almost immediately exploded in the media. In the gym at Washington University days after the 2007 rescue, writer Amina Gautier spotted a headline about Hornbeck’s story.


“I stole the newspaper, I ripped the pages out, and I tacked them up to this corkboard on my wall,” says Gautier. Something about the case grabbed her. She kept reading the story, following its development, and began researching other cases of taken children. She wondered: what happens, emotionally, to a child in a situation like that? To their parents?


And, answering those questions, she wrote.


“I just wanted to write a story for parents or children who had gone through that,” Gautier says.

That story became two tales in Gautier’s The Loss of All Lost Things, an understated fiction collection that ruminates on all sorts of loss—not just grief or death, but, as Gautier describes, “the act of losing things” like children, parents, friends, neighborhoods, culture, and potential relationships.


The fifteen stories are often character-driven. Gautier says she asks herself: what do people want, how do they get it? “We get up and we want things, and sometimes we behave in ways that deliberately distance us from the things that we want,” she says. Gautier attributes this to a combination of factors both internal (“insecurity, self-confidence, fear, shyness”) and external (class, poverty, race), all of which she explores in The Loss of All Lost Things.


In her pursuit of capturing a character’s mind, she adopts various voices. In “Lost and Found,” one story inspired by Hornbeck’s case, she explores the thoughts of a taken child with language she describes as an “elementary school primer rhythm — like, here is Dick, here is Jane, see spot run,” playing with rhymes and repetition. In its counterpart, the titular “The Loss of All Lost Things,” she portrays a more adult voice through longer, more developed sentences. Despite variations in voice, though, the writing is always clear, often lyrical and poetic.


A native of Brooklyn who teaches creative writing at University of Miami and lives part-time in Chicago, Gautier has written two other books, At-Risk and Now We Will Be Happy. Although all three books have won awards, she says people seem to have been paying more attention to her most recent work. She finds the dynamic curious. “I wonder if one of the reasons they like it more is that it’s not so overt that the characters are black,” says Gautier.


In her other two books, the main characters are very clearly people of color. In The Loss of All Lost Things, race is often subtle and implicit, indicated more by cultural details than by outright statement. “One of the things I want to try to avoid is writing about black people as if they are edible options,” Gautier says. She quotes white writers doing what she means: “‘They’re chocolate caramel mocha cinnamon cafe au lait skin.’ Like, yeah, not so much.” She doesn’t want to put a “flashing neon sign” up, either, she says.


For instance, all of the characters in “As I Wander” (a short story about a widow having an affair with a young boy) are black. But while Gautier never calls the boy black, she describes him as wearing a du-rag and having braids, which indicates race to most readers. The widow, however, is never described, since the story is written from her perspective. And many readers have assumed she is white.


Mostly, Gautier says, she’s having fun watching how people interpret the stories differently. “I didn’t set out to be ambiguous,” she says. Her characters’ races are clear to her. She just doesn’t explicitly state race unless it’s integral to understanding the story — which, often, she says, it isn’t.


She just writes from her experience. “When we read stories by white writers, they don’t always explicitly state that their characters are white, either,” Gautier says. “I think that it’s a telling moment where literature holds up a mirror to the reader.”


Some of these ideas track subtly throughout the book. There are layers you might not notice if you’re not looking, assumptions you might make about yourself and the characters because so much is stated subtly and implicitly, rather than outright.


She also uses this method in the counterpiece to “Lost and Found,” the titular short story in which the taken child’s parents deal with his loss — but with class, rather than race. “In the adult story, I had to deal with the practicalities of missing, not just the emotions of it. To remind people that class plays a very important part in how long you can search for your child.” But she does not explicitly call the family middle class. She just provides little details: they have a garage, a basement; they have the money and time to search for their child.


In part, Gautier says this was an effort to “make their stories universal,” applicable to anyone with an abducted child. In other stories, class and race run counterpoint to or intertwined with each other, acting as forces that separate people from their goals.


Gautier’s time in St. Louis helped to inform the book. From 2007 to 2009, she had a postdoctoral fellowship at Washington University in English and African American Studies, for which she was going to produce an academic book about an African American author. Instead, she found herself drawn to fiction.


“Cultural displacement really helps me when I’m writing,” Gautier says. “Being in St. Louis helped me to remember and reimagining New York and Philadelphia and the other cities I discuss in the collection.”


She wrote six or seven stories from the collection here in St. Louis. “Once I could just walk around the Loop, you know, and just go back and forth and hang out outside, hang out at Blueberry Hill, I was able to just think and imagine and allow a lot of stories to come into my head.”


This Thursday, Gautier is returning to St. Louis for a reading at Left Bank Books, 399 North Euclid, beginning at 7 p.m.


She remembers her stint in St. Louis as a time that fostered her writing and creativity. She drafted At-Risk here, and the stories she wrote here won numerous awards, including the local River Styx’s microfiction contest — which, to her surprise, included several six-packs as a reward.

“Getting to St. Louis and having those two years, it was the first time I had to be in my head,” Gautier says. “Once I got there, the stories just came.”