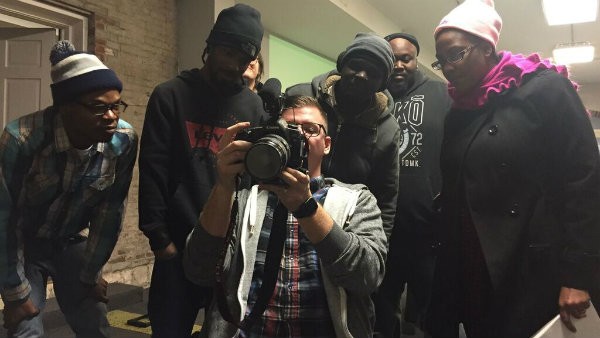 The hashtag #OscarsSoWhite resurfaced this year, criticizing the lack of diversity in this year's Academy Award nominations, Hollywood and the media industry in general. However, local filmmaker Dan Parris is now shedding light on St. Louis’ own media diversity problem by creating a program to help change the media-so-white norm.

In January, Parris’ non-profit organization Continuity began its first set of programs, which partner with Mission St. Louis, St. Louis Artworks and Parris’ own production company, Speak Up Productions. The goal is to teach media production classes to underprivileged St. Louis residents, creating in the process a more diversified workforce.

Parris says he first had a vision for the project a half-dozen years ago. "I just had this idea that I wanted to work with inner-city students and teach them documentary production," he says. "As a documentary filmmaker, I thought that there would be some really interesting stories that the kids growing up in St. Louis would have and the variety of stories they would have."

Parris researched the numbers of African Americans in the St. Louis media industry — with sobering findings. Although African Americans makeup 49 percent of the city’s population, out of 187 employees from 19 different locally based companies, only three were black.

“That’s a pretty stark gap there,” Parris says. “If you look at that and you look at what’s going on with the Oscars situation ... someone put it best: Really the issue is not so much why aren’t they choosing these people for this role—it’s why don’t people have the opportunity to work in the media industry?”

People from low-income backgrounds often find it especially difficult to get started in the media industry thanks to barriers like transportation, the lack of connections, the inability to work for free and the need for start-up capital. “You need a computer, you need the software, you need the camera, you need some audio equipment, and so that’s a few thousand dollars in capital," he says. "If you’re coming from a low-income background that’s going to be tough to come across."

Continuity's mission is to combat these factors for people who want to get into the media industry but don’t necessarily have the tools to do so. As Parris says, it’s not just about teaching kids how to make videos.

“Our goal is to give people the skills to prepare them for the workforce. To give them mentorship as they’re learning the ropes of this industry and then to connect them to opportunities."

Continuity achieved its non-profit status in December 2014. Parris and his team spent 2015 building the program forming partnerships, as well as achieving grant funding from the Missouri Arts Council and the Regional Arts Council. Since the program is in its first year, it's the partners who've helped find recruits. (Those in high school or older are eligible to participate.)

Currently, Continuity offers three programs. One, a partnership with St. Louis Artworks, is called The Delmar Connection — it's a documentary that will showcase the history of the Loop area and its trolley. Those collaborating on this piece are 16 high school students taught by Continuity board member Quinsonta Boyd, who was given a similar opportunity when he was in high school.

As a sophomore at Roosevelt High School, Boyd, now 20, learned about an after-school program to teach him media production skills. In fact, it was in this program that Boyd met Parris: Parris was his instructor, and the two formed a personal and professional connection.

Boyd joined the program because of his love of rap music.

“I rapped as a young kid … I always recorded my own music and wrote my own music, and I wanted to make my own videos too,” he explains. But before taking the class, the only equipment he had available to him was a cell phone.

Upon graduating high school, Boyd was able to land an internship at KETC (Channel 9) and begin a professional career in video production.

Now, he’s taking on the role of teacher.

“A lot of times I look back and I tell myself I can’t believe I’m here," he says. "I’m 20 years old and I’m teaching. I’m pretty young to be doing what I’m doing. ... I grew up in shelters and both of my parents were on drugs and things like that, so I never really expected to be anywhere near where I’m at now.”

Boyd is embracing his new role, saying that he wants to show his students that a career in media production is indeed realistic. “I think it’s important to show them that we can actually do things in the field, and even if you do make it, that your position can [be more than] a camera operator or just a production assistant.” 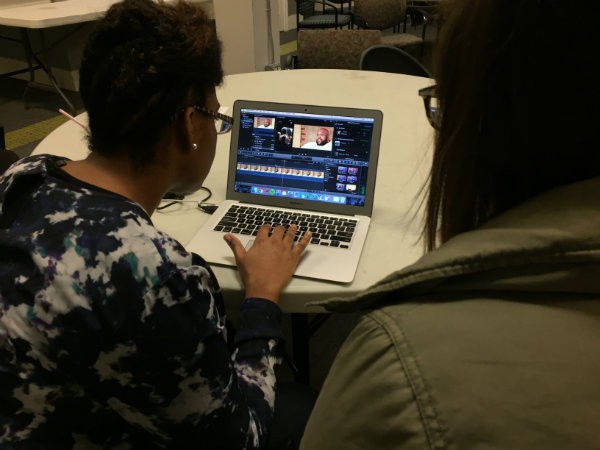 Boyd’s story is one that Continuity wants to replicate — which is one reason Parris gave the non-profit its name.

“It’s a common term in editing that there’s a flow to your work that is unseen, that just flows together and is continuous—and you want continuity in your work," he says. "We also thought it represented the people who are trying to get into this industry who are coming to us and are not letting the challenges they’re facing stop them, and that they’re going to take these skills and have a consistent set of action in their life—and it’s going to be continuous.”

The other two programs offered currently through Continuity are called Mission Video and Show Me Democracy. Based in the Grove at Mission St. Louis, Mission Video is focused on adults who are learning to make their own short documentaries, with subject matter ranging from jazz music to one student’s cleaning business.

Show Me Democracy partners with Parris’ Speak Up Productions. Five students will each work on editing a scene of a feature-length documentary about youth activism. Parris says the documentary is a response to the events in Ferguson. He said the goal is to have the project finished in time for it to be shown at this summer's St. Louis Filmmakers Showcase.

Parris hopes that Continuity will grow so that it can begin taking applications through its website without relying solely on their partnerships to provide the students.

But diversifying the media workforce cannot be done by Continuity alone. An effort must be made by the entire community.