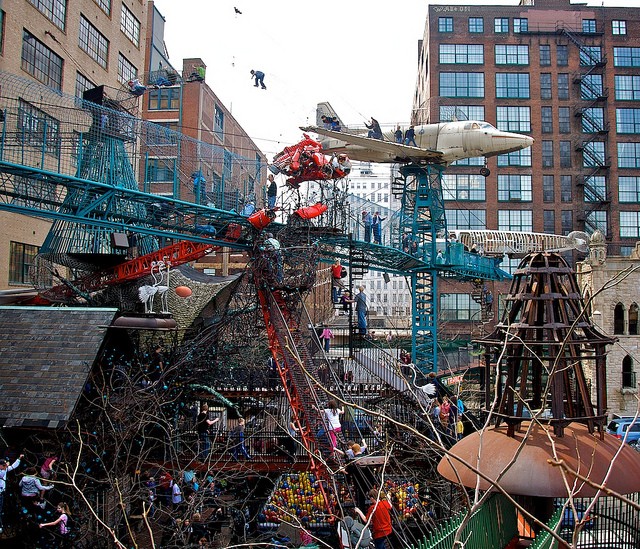 Sunday is Valentine's Day, which makes this the perfect time for finagling restaurant reservations and contemplating the infernal chemistry of love and romance. Like, is love even real? Do people even date anymore? And even if they do, where in St. Louis would they attempt enthusiastic public sex?

These are all important questions. Obviously, I decided to tackle the public sex one.

Previously, I explored the Valentine's Day traditions of polyamorous and kinky St. Louisans, and for this latest entry in "Valentine's Day Subjects That Hallmark Won't Touch," I reached out to readers and friends through social media. "Are you perverts screwing around in public?" I asked. In return, they sent me stories of exhibitionism that veer from clandestine humping at the symphony to awkward shags behind bushes.

Please note: These anecdotes aren't squeamishly detailed Penthouse letters, but they're certainly graphic enough that you might not want to read them around your boss.

Enough preamble. Let's get to the doin' it, starting with this submission from "Sarah."

It was a dark and stormy night. Actually, it was somewhere between 3 and 5 a.m. so technically, it was a dark and stormy morning. Neither of us were quite ready to go home and one of us had keys to a certain Midtown music venue. So we stopped off for a night cap. He insisted people do this all the time, which seemed reasonable. There wasn’t a place left unscathed by our furious makeout sessions. Then all of a sudden I found myself perched on the bar, legs spread and him exhaling between thrusts, “someone… could… just… walk… in…” which horrified me. WHY DIDN'T HE LOCK THE FUCKING DOOR BEHIND US?! But no one walked in.

From that point on, it became somewhat of a game. When the two of us found ourselves at the aforementioned venue, we got down to it in and against just about every imaginable spot.

But was Sarah satisfied with defiling just one St. Louis music venues? Nope.

On occasion I’d let myself a different music venue I’d acquired keys to, this one in the heart of the Grove. One (and only one) time though, I brought a friend back with me. We both passed out as soon as we hit the couch. Later that morning, when the restaurant the venue shared a wall (and door) with was in full swing, we decided, why not? We started to fool around and perhaps a full two minutes in I heard keys in the front door. It was beer delivery day. So we quieted. Someone walked in, then another and then the delivery came in. All the while, we proceeded.

Then it was pants up, shirt on and out the door. On the walk back to the car, though, I passed the co-worker who’d just taken the beer order. “What are you doing over here so early?” He asked. I think one of us said, “brunch.”


Sarah, a born raconteur, titled her final story "The TAIL of Talayna's."

I lived with three very adventurous and occasionally promiscuous women, so stories of conquests were somewhat of a weekly ritual. The one that took the cake, by far and away, was that of a lightpole on the walk back to the car from Talayna’s. Which pretty much sums it up.

My bestie couldn’t wait to get Mr. Saturday Night home, so right there, in someone’s front yard just after last call at Talayna’s, she hiked up her skirt, bent herself over and wrapped her arms around a light pole for support. And I think he might have even used her coattails to “hold on.” The same way a cowboy holds the reins of a horse, but I could be getting my outdoor, telephone pole sex stories confused.


For more shameless debauchery, click through to the next page.

Next up, we have a selection of stories from "Dave," a cultured gentleman who apparently likes to mix his classical music with coatroom shtupping.

Once I was at the St. Louis Symphony with a date, and during the first half we noticed some empty boxes in the balconies. When intermission came we snuck up to one of the boxes and, upon entering, discovered they included an entry room with chairs and tables. As the music began, she suggested visiting the second room for some adult fun. As we were finishing our interlude the coat rack was knocked over, banging into the door loudly. This brought an usher knocking on the door as we hurriedly redressed. Eventually he burst in and seeing the looks of guilt on our faces began to scold us on proper behavior at the symphony.


Yeah, Dave doesn't seem like a guy who responds to scolding — even when it's being delivered by a police officer.


There was one time my date and I were making out in the water at Lake St. Louis and the police showed up. We were wrapped around each other in four feet of water and enjoying the throes of passion when suddenly we were hit with the glare of a spotlight. This creepy cop is standing next to our pile of clothes saying, "What'cha two doing?" and smiling like a serial killer. He made us leave the lake and show him our IDs, all the while scoping out my date and not allowing us to get dressed. He eventually had his fill and left us with the admonishment to "find a room someplace."


Yikes. It sounds like that cop needs to find a room someplace, maybe one where he stocks American Eagle jeans instead of wearing a badge. Still, Dave clearly has a knack for finding an audience.


Once I was dating a lady and we went to a drive in out in the country, 30 minutes from south county. My date was trying too hard to be wild and was attempting to perform road head, which was a little dangerous late at night on the winding two-lane road. I finally pulled off on what I thought was a gravel road, pulled her out and went at it on the car's hood. As we finished up, suddenly we heard clapping and turned in the direction of the sound to see several people sitting on a porch about 50 feet away. Somehow, we did not notice that we had pulled into a private drive and parked by a house.

Up next: Bumbling park sex and City Museum sex-nanigans! 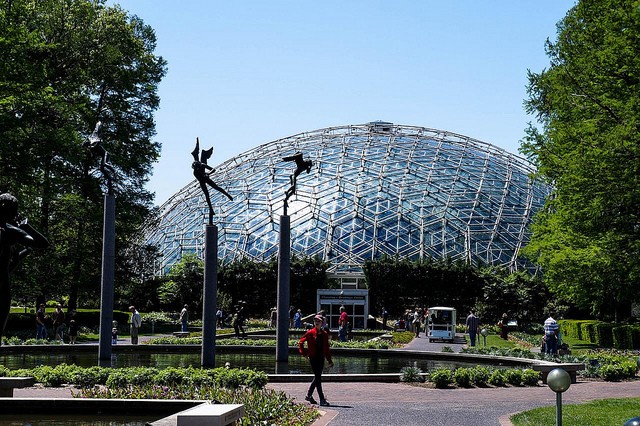 There are times when the flesh is willing, but the spirit is utterly repulsed. "Megan" will tell you all about it:

Back in 2000 or so, I tried giving my then-fiance a blowie behind a hill at the Botanical Gardens. It was awful and so stressful. I don't think we were really all that well-hidden, and the noise of people walking and talking and screaming was a turnoff. It happened for like 30 seconds before I said I was out.

In about 2001, the same guy and I went to Laumeier Sculpture Garden with the express intent of public-but-not-too-public sex. We had our blankets and accouterments and looked like we were going on a picnic, but instead of plopping down in the big flat-ish field, we snuck off to the woods at the side. We laid everything everything out and started going at it right at the treeline, but it was really uncomfortable and I felt branches and rocks and shit under my back through the blanket, and then these kids started playing frisbee nearby and I was done. It was not sexy. After about five minutes, we both had had enough and — I shit you not — about four seconds after we finished zipping up and we're folding the blanket, a kid wandered back there to get the frisbee that flew in. Christ.

Finally, let's conclude with this charming note from Kendra Holliday, St. Louis' resident lust goddess and co-founder of Sex Positive St. Louis. Along with her partner, she found uses for the City Museum that Bob Cassilly probably never dreamed of.

One time I gave him head in the outside area of City Museum. He was standing in the castle turret and was visible from the torso up. He gave our friends across the way the Devil Horns hand sign, and later they found out he was busting a nut. Ten seconds later, some teenagers showed up, but the coast was clear, phew!

Oh, and we did oral at Casa Loma ballroom during a wedding, and also in an elevator in Webster Groves. We're proud of our St Louis oral history!