6 Fun Things to Do This Weekend for $30 or Less 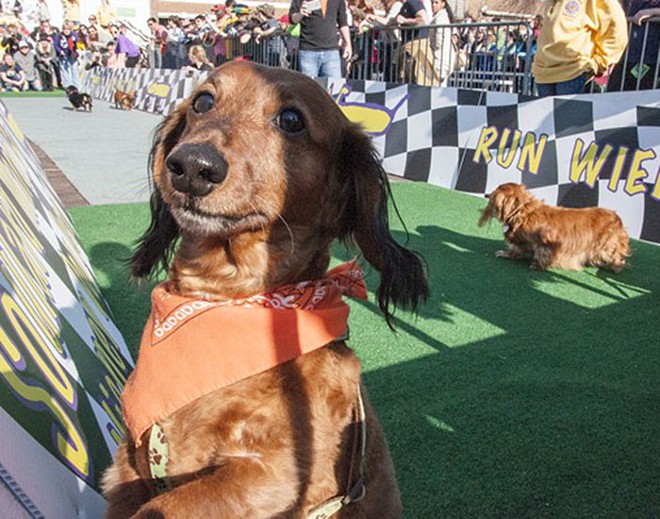 Weiner dog races! Spaceships! Dance, theater and film! This weekend is full of fun stuff, all at a very reasonable price point. So forget the winter blues — for this weekend only, the sun is shining, the temps are balmy and you have no excuse not to get out there and enjoy yourself.

Here are our six recommended picks for this weekend.


The dance company Momix dazzled audiences with its 2011 production Botanica, which told the story of life on earth. Now the company returns with Alchemia, a physical exploration of the metaphysical sciences. The harnessing of the four elements in pursuit of the fabled philosopher's stone is the inspiration for this new piece, which again involves outrageous costumes, projected images, the imaginative use of physical props and puppets and, of course, Moses Pendelton's fantastic and inventive choreography. Medieval alchemists believed they would heal mankind with their findings — Momix's Alchemia proves that the old boys should have left the laboratory and looked to the arts for spiritual perfection. Alchemia is performed at 8 p.m. Friday and 2 and 8 p.m. Saturday (January 29 and 30) at the Touhill Performing Arts Center on the University of Missouri-St. Louis campus (1 University Drive at Natural Bridge Road; 314-516-4949 or www.touhill.org). Tickets are $30 to $50.

See also: The Dancer-Illusionists of MOMIX Will Take You Into a Different Atmosphere


2. Catch the St. Louis premiere of a thought-provoking play

John is a middle-aged man whose wife has recently died. Yet he keeps bumping into her at home, which is unsettling. In his fragile state he goes to see a therapist, Ian. As the two men talk they both reveal perhaps more than they intended about their lives. Conor McPherson's Shining City is a play about Irish men, guilt and mortality. Upstream Theater presents the St. Louis premiere of Shining City at 8 p.m. Thursday through Saturday and 7 p.m. Sunday (January 29 through February 13), with a final performance at 2 p.m. Sunday, February 14. Performances take place at the Kranzberg Arts Center (501 North Grand Boulevard; 314-863-4999 or www.upstreamtheater.org), and tickets are $20 to $30.


3. Enjoy some oldies on stage at the Peabody

So, Carl Perkins, Johnny Cash, Jerry Lee Lewis and Elvis Presley walk into the studio ... and a musical breaks out. Million Dollar Quartet is based on an actual session that took place at Sun Studios on December 5, 1956. In reality, Sam Phillips' biggest hitters gathered to play their favorite songs, but in the musical version the group sticks to their best-known hits, as well as the hits of their then-contemporaries, including Chuck Berry's "Brown Eyed Handsome Man" and Bo Diddley's "Who Do You Love?" Million Dollar Quartet is performed at 2 and 8 p.m. today at the Peabody Opera House (1400 Market Street; 314-241-1888 or www.peabodyoperahouse.com). Tickets are $30 to $82.

Turn the page for more fun things to do.... 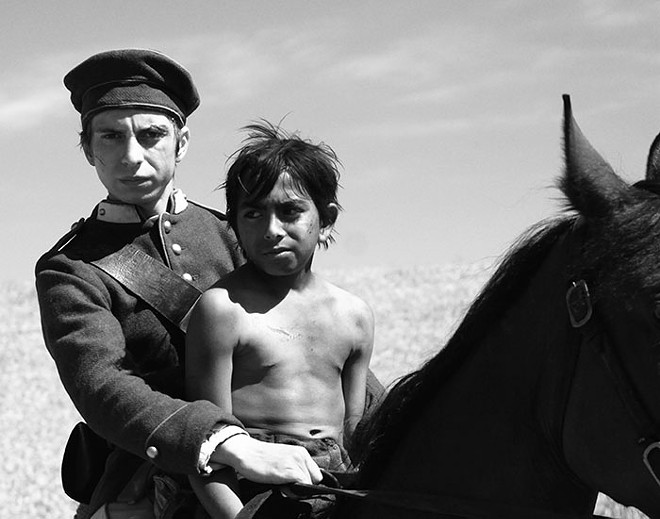 4. Learn about the science of flight at the Science Center

We're 111 years into the history of powered flight, and in that time we've landed on the moon, established a long-term space station and have sent a man-made craft out past the boundaries of our galaxy. For 100 of those years, Boeing has been at work innovating and developing new technologies related to the aerospace industry. The company's achievements are celebrated in the new exhibition Above and Beyond, currently on display at the Saint Louis Science Center (5050 Oakland Avenue; 314-289-4400 or www.slsc.org). This interactive journey into the science of flight includes a space elevator simulator that carries you to the edge of space, as well as a simulation that uses motion-sensing image capture, allowing you to experience the sensations of being part of a flock of birds in flight. Above and Beyond is open daily, and tickets are $8 to $10.

5. Catch a comic-adventure film at Webster U

Police work is serious business in 19th-century Wallachia. Costandin is a peace officer in pursuit of Carfin, a Roma slave who fled after perhaps enjoying a fling with his master's wife. With Costandin is his young son, Ionita. Together the two cross the wide land on horseback, encountering opposed factions of Turks and Russians, Christians and Jews, and Romanians and Hungarians. Radu Jude's film Aferim! is a comic-adventure (and perhaps a history lesson for Westerners) that nevertheless deals seriously with the little-known enslavement of the Roma people. (It's also Romania's official entry for "best foreign language film" at this year's Academy Awards.) The Webster Film Series screens Aferim! at 7:30 p.m. Friday through Sunday (January 29 to 31) at Webster University's Moore Auditorium (470 East Lockwood Avenue; 314-968-7487 or www.webster.edu/film-series). Tickets are $4 to $6.

6. Take your pet to Soulard to sniff some strange


If you love pageantry, spectacle and the romance of a grand procession, you owe it to yourself to be at the Beggin' Pet Parade. The area's finest dogs don their most stylish robes and costumes to march through Soulard with their human friends. The parade starts at 1 p.m. at Twelfth Street and Allen Avenue, and it's free for spectators ($10 to march). You'll see dogs of all sizes and shapes in the parade, but there's only one breed allowed to compete in the Wiener Dog Derby. Dachshunds — the most tubular dogs in the world — race each other on a 30-foot-long track at 2 p.m. at Wiener Stadium (the brick plaza in front of Soulard Market). They're not the fastest dogs in the world, but they do all right for themselves. If you have a speedy wiener and wish to enter, it's $10 per dog. Admission is free for non-competitors. For more information on both events, visit www.mardigrasinc.com.